Survivor, the long-standing CBS reality-show beginning its 16th year on the air, returns February 17 for Season 32. This season, titled Survivor: Kaôh Rōng – Brains vs. Brawn vs. Beauty, took place on Koh Rong island in Cambodia, the same location as last fall’s Survivor: Cambodia – Second Chance. Interestingly, the upcoming season was filmed before Season 31 but got swapped in the schedule as a result of the live Second Chance fan-vote twist.

This season will pit three tribes of brand new castaways against each other as they compete for a million dollars and the title of Sole Survivor. Like the 28th season – Survivor: Cagayan – the tribes will once again be divided by brains, brawn, and beauty.

The new cast includes a retired NBA player known for his funky hairstyles. A former Big Brother houseguest who goes by the nickname “Beastmode Cowboy”. An award-winning bodybuilder. A retired FBI agent who has appeared on NBC’s Dateline. A professional poker player who has competed in the World Series of Poker. And a real-life bounty hunter.

See the full cast list and tribe photos for Survivor: Kaôh Rōng below (along with the full cast photo and a preview video of the cast).

Meet The Cast of Survivor: Kaôh Rōng – Brains vs. Brawn vs. Beauty:

Every Past Season of Survivor and more at your fingertips for just $5.99 per month! 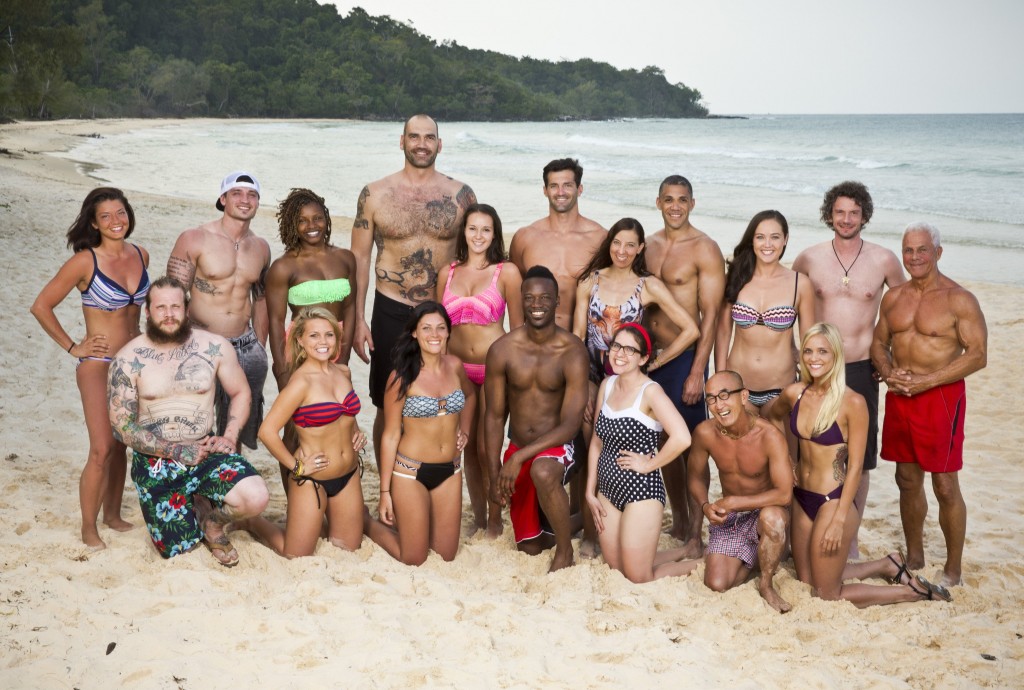 Stay tuned to Inside Survivor for pre-season cast assessments and more. To read more about the season and rumored game twists click here.