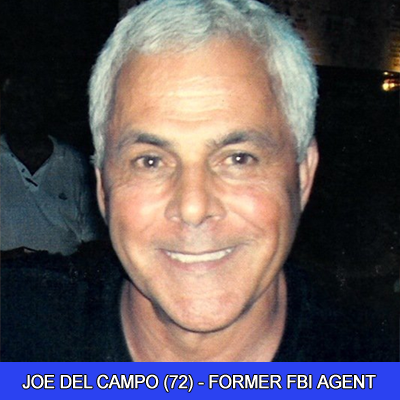 Joe Del Campo is a 72-year-old former special agent for the Federal Bureau of Investigation who is now the president of private investigation company The Excalibur Group. Del Campo, originally from Philadelphia, Pennsylvania now lives in Vero Beach, Florida, and works as a private investigator. He started his investigative career while serving as a lieutenant in the United States Naval Reserve and was later appointed a Special Agent with the FBI where his career spanned 25 years. He graduated from the University of Wisconsin-Milwaukee in 1975 and also spent time at the University of Madrid and graduated Aviation Officer’s Candidate School.

Joe Del Campo is a member of the Brains tribe on Survivor Kaôh Rōng – Brawn vs. Brains vs. Beauty 2.