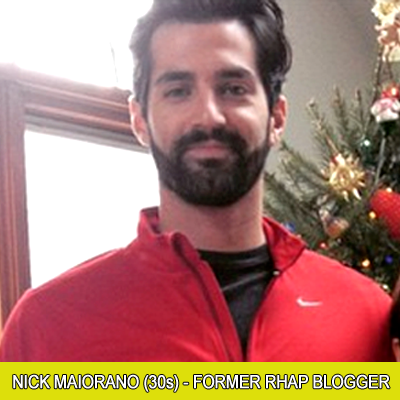 Nick Maiorano is in his early 30s and works in the world of web technology. Originally from New Jersey, Maiorano recently moved to Los Angeles to launch an online dating company called Percodate- a service which lets men and women filter their inboxes with the same criteria as within a search feature, allowing users to know if they meet a certain threshold of what another user wants (as of 2015 the website appears to be inactive). More interestingly perhaps is that he is a former blogger for Rob Has A Website; the popular reality-tv based website owned by former two-time Survivor player Rob Cesternino. Maiorano wrote weekly recap blogs covering Survivor: Cagayan in 2014.

With his superfan background, you could mistake Nick Maiorano for being on the Brains tribe, but he is actually a member of the Beauty tribe on Survivor Kaôh Rōng – Brawn vs. Brains vs. Beauty 2.