Summer time has lots to offer: nice weather, music festivals, ice-cream, trips to the beach, etc. The only thing it’s missing is Survivor. And if you’re like me, that probably means the wait for the next season is killing you.

Survivor: Cambodia – Second Chance is still under three months away; specifically 87 days away. That means, if each season on average is 14 episodes long and you watch one episode per day, you could realistically get through six past seasons before Second Chance airs on September 23, and still have a couple of days to spare. Now, six seasons might be pushing it, after all, it is summer, and it’s probably healthy to go outside once in a while. So, instead, here at Inside Survivor we are going to list the Top 5 essential seasons we believe you should watch (or re-watch) to get you in the mood for Survivor: Cambodia – Second Chance. These are the seasons that will introduce you to some of the key characters on Second Chance and will give you a better understanding of their story-arc and what to look out for on their return. 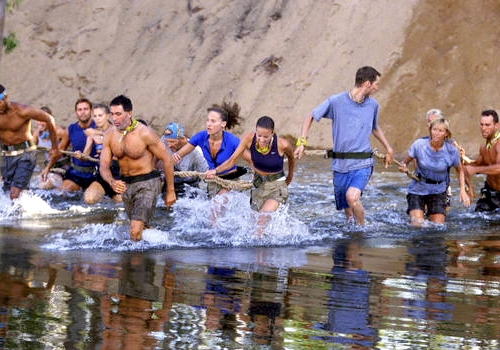 Survivor has never been as popular as it was during Australian Outback. Coming off the back of the immensely successful Survivor: Borneo finale the year before, everybody thought the second season was doomed to fail – that it would be the inferior sequel to the original breakout success that took America by storm in the year 2000. But the critics were soon proved wrong. The thirst for Survivor was as strong as ever, and week after week millions of viewers tuned in to watch the likes of all American hero Colby Donaldson, crazy Michael Skupin, and the original Survivor villainess Jerri Manthey.

While the latter half of the season does suffer from predictability, Australian Outback boasts one of the most entertaining pre-merges of any Survivor season. It is full of entertaining, zany personalities, dramatic conflicts, and some truly touching character moments. Two of those pre-merge stand-out personalities were Jeff Varner and Kimmi Kappenberg, who after fourteen years will be returning next season for their long-awaited second chance. Jeff was the snarky, city-slick that had all the makings of the new Richard Hatch, and Kimmi was the wild, biker chick who stood up for her vegetarian beliefs and her right to masturbate. The dynamic between the two was fascinating. Jeff couldn’t stand her, and Kimmi couldn’t have cared less. That’s what makes their return to Survivor so intriguing. Will a fourteen-year-old rivalry be reignited, or will older, wiser heads prevail, and perhaps they’ll find themselves working together.

For those who have never seen Australian Outback before it should be a top priority season, regardless of who is returning. The location is unique, the characters are diverse and interesting, and the big moments are truly big moments. And for the superfans, you should re-watch this season simply to remind yourself of two of Survivor’s finest pre-merge characters and pump yourself up for their return in September.

Click to buy Survivor: The Australian Outback on DVD: 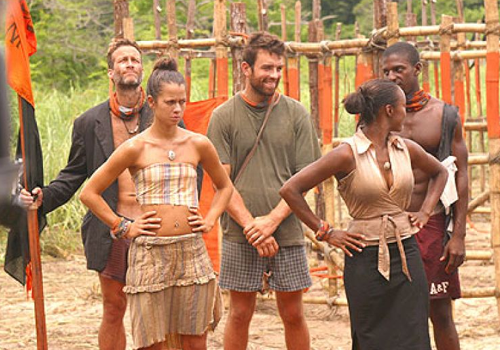 Like Australian Outback, Pearl Islands is a top tier season that is must-watch for any Survivor fan. Its pirate theme is probably the best theme for a season ever used; mostly because of the dedication to the theme throughout, and the effort and design that went into the production, challenges, and props (I mean, who doesn’t want an Immunity Necklace that is an actual sword?). It even had a swashbuckling soundtrack. A lot of Survivor seasons, especially the later ones, kind of blend into each other, with their similar beach locale making it hard to differentiate from one another. Pearl Islands is distinct because of the creative use of the pirate theme.

The season is also the introduction to some of Survivor’s most legendary players; super-villain Jonny Fairplay, the tye-dye pirate himself Rupert Boneham, and the sassy Sandra Diaz-Twine. The fact that Andrew Savage was a B-list character on this season shows you how strong the Pearl Islands cast was. But now Savage is getting his second chance and has an opportunity to become an A-list Survivor character. His time on Pearl Islands perfectly exemplifies why the Second Chance season exists. He spent his time on the island as leader of the ramshackle Morgan tribe, and despite early setbacks, he clawed a way back into the game for his tribe, helping them go into the merge even. But then came the dreaded Outcasts twist, and from that moment Savage’s fate was sealed.

Even though it only features one returning Second Chancer, that shouldn’t put you off adding Pearl Islands to your watch-list. Pearl Islands is a fantastically entertaining season with one of the best premiere episodes in history and a game that plays out with thrilling twists and turns along the way. If you have never seen it before, then you are in for a treat. And if you have seen it before, then refresh yourself on how Savage was screwed over and what the means for his redemption coming into Cambodia. 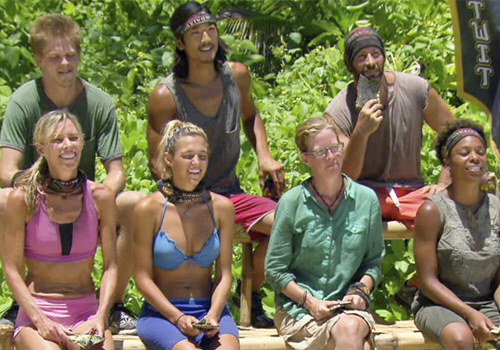 Even though it only aired last year, Survivor: Cagayan has already established itself as one of the all-time great Survivor seasons. It is easily the most entertaining of the post-Heroes vs. Villains seasons. It never really hit a slow spot. It was bookended by a fantastic premiere and a great finale. And the in between had plenty of ups and downs to keep viewers enthralled. There were big characters in the shape of the manic Tony Vlachos, chaos causing Kass McQuillen, and rootable underdog Spencer Bledsoe. It is no surprise that Cagayan has the most returnees coming back for Survivor: Cambodia.

The Cagayan castaways are likely to have a big impact on Second Chance, so it would be wise to familiarize (or re-familiarise) yourself with the characters beforehand. Their actions in Cagayan will explain how other players perceive them in Cambodia. Kass is likely to be a big early target, and that will be due to her ballsy, unpredictable gameplay that left a trail of destruction in the Philippines jungle. Tasha will be considered a huge physical threat, due to her impressive performances in individual challenges. Spencer will be perceived as a strategic superfan, due to his scrappy gameplay and ability to think up new plans – even if most of those plans he failed to execute. And Woo will be seen as loyal soldier, due to his honorable, yet naive, gameplay in Cagayan.

Regardless of the Second Chance returnees, Cagayan is just an exciting season full stop. It is the first use of the Brawn vs. Brains vs. Beauty twist which leads to some fun interactions. It is funny, and fast-paced, and almost every player is playing to win. Plus it has llama talk – what more do you want? 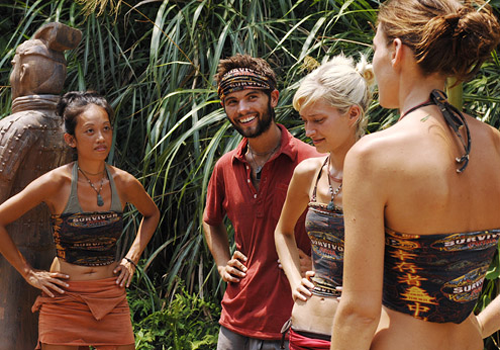 It could be argued that Survivor: China was the season that saved the Survivor franchise. In 2008, it was rumored that CBS was ready to cancel the show after Season 16 (Survivor: Micronesia – Fans vs. Faves). The controversy and sponsor withdrawals during Survivor: Cook Islands (the season which divided tribes by race) played a big part in this decision, as well as the poor ratings and reception of Survivor: Fiji. Producers, including Jeff Probst, were mentally prepared for Survivor to be over. But then, Survivor: China aired in the fall of 2007 and was a resounding success, with better ratings, a strong cast, and a very well received season critically.

Survivor: China deserves all the credit it gets. It is a brilliant season. There was a very back-to-basics feel about it; even though it still had Hidden Immunity Idols and a new kidnapping twist. Gone was the convoluted tribe divisions, gone was Exile Island, and gone was the unfair Have and Have-Nots twist. It was a return to a 16 person season with two tribes. And the casting was spot on. From the snarky New York bartender Courtney Yates to loveable gravedigger James Clement, the crafty Mormon Todd Herzog, and of course the scrappy underdog Peih-Gee Law. It was a season with great humor, fun characters, and very strong gameplay.

You need to watch (or re-watch) Survivor: China because I have a strong feeling that Peih-Gee will play a big part in Survivor Second Chance. Even though people tend to remember Amanda, Courtney, and Todd more when they think of China, Peih-Gee was an important part of the season too. She was an in control leader early on, and a never-say-die underdog in the latter half. Getting to know her story before heading into Cambodia will make you appreciate her even more. 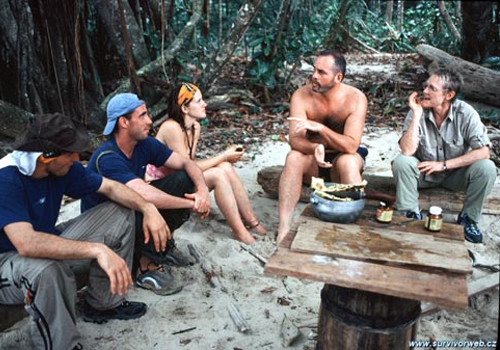 If you haven’t seen the season that started it all, then what are you waiting for? Go and watch it now! While it may seem slow going and sloppily edited to a modern day Survivor viewer, Borneo is a fascinating watch, not just because of the excellent cast, but because you get to see where the game started. Survivor: Borneo is the season that took America by storm and cemented itself as the granddaddy of reality television. If it wasn’t for this original group of castaways being so compelling and entertaining, then I can tell you that we wouldn’t be looking ahead to the 31st season of Survivor this fall.

The gameplay may be basic, but the characters are complex. Richard Hatch, the original Survivor strategist, Rudy Boesch, the no-bulls**t ex-Navy SEAL, the quirky and adorable Colleen Haskell, and the completely bonkers Greg Buis. The list could keep going and going. But the most important person to keep an eye on during your re-watch is Kelly Wiglesworth, who makes her return after 15 years. Kelly embodied that early Survivor spirit – the young, outdoorsy girl who wanted to experience the adventure of a lifetime but got caught up in the evil machinations of alliances and strategy. Kelly was very conflicted throughout her time in Borneo and afterward distanced herself for the show. Her return is definitely the most intriguing, and I imagine a fair amount of air-time will be spent of Kelly, so it would be a good idea to familiarize yourself with her back-story.

Another reason you should check out Borneo is to watch that epic opening. Jeff Probst recently hinted that Survivor: Cambodia will start with a nod to the very first season, and that is speculated to be the marooning. In Borneo, the 16 castaways were taken on a boat into the middle of the ocean and told to salvage as many supplies as possible before being thrown overboard. Filming for Survivor Second Chance began on the 15 year anniversary of Survivor: Borneo, so I expect we could see quite a few references to the original season throughout Cambodia.

To read all our Second Chance cast retrospectives click here.

5 responses to “Survivor Second Chance: What Seasons To Watch”