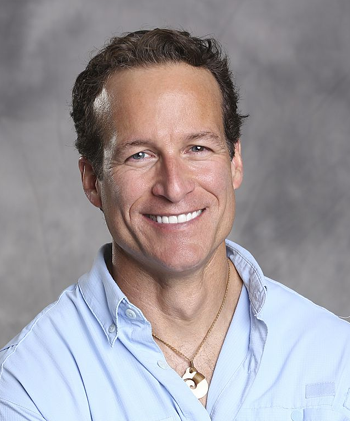 What happened in his previous season: When you think about the concept of Second Chance, there is one name that comes to mind immediately – Andrew Savage. Other than maybe Silas in Survivor: Africa, no other player was screwed over in quite the way that Savage was. He was a victim of the controversial Outcast twist – a twist nobody could have predicted or planned for. Savage started Pearl Islands as the last member picked for the Morgan tribe. He adopted the role of tribe leader very on and nobody ever really questioned his position.

Despite Andrew’s strong work ethic and go-get-em attitude, the Morgan tribe continually lost challenges, and this resulted in the rival Drake tribe looting their camp for supplies; further weakening the tribe. Savage was in the majority alliance with Darrah, Osten, Ryan O and Tijuana. He was adamant that this alliance sticks together; even when Osten wanted to quit the game, Savage instead directed his alliance to vote out other perceived weak links like Ryan S and Lill.

The Morgan tribe finally won an Immunity challenge when the Drake tribe threw a challenge in order to vote our Burton. This win gave Morgan a new found confidence, and they were able to scrape together a few more challenge wins; including a Reward win that allowed Savage to loot an item from the Drake camp. During his looting Savage showed his skills in diplomacy when he only took a small bag of rice; if he wanted to, he could have taken an entire bag.

The Morgan tribe’s good spirits were soon shattered when they lost a Reward challenge, and Jonny Fairplay was sent to loot their camp, where he revealed that the Drake tribe had thrown a previous challenge. This pissed Savage off and spurred him on in the next Immunity challenge where he held on to 180 pounds worth of weight to claim an impressive victory. Savage may not have always been the best leader, but there was no denying his heart. He bled for the Morgan tribe and was determined to go into the merge with even numbers so that they’d have a chance – and this is what was about to happen. Then came the Outcast twist. The previous six eliminated contestants returned for a shot at redemption; they beat the Drake and Morgan tribe in a special challenge, sending both tribes to Tribal Council, and allowing two Outcasts to return to the game.

Burton and Lill returned to the game. Savage made each of his alliance promise that whoever came back into the game on the Morgan tribe would be voted right back out. When Lill returned to the Morgan camp, Savage did very little to welcome her and make her feel safe. The tribes merged at five players apiece, and Savage was targeted due to being the Morgan alliance’s obvious leader. Lill, who had never felt truly respected by Savage, flipped to the Drake alliance, and Savage was voted out at the merge in a 6-4 vote.

What to expect from him this season: Andrew Savage is a player that sticks by his principles. He was committed to his Morgan alliance in Pearl Islands and unwavering in his game-plan. This kind of attitude can stem some positives as it inspires loyalty from others, and people can rely on you to be trustworthy. But such rigid ways of thinking in Survivor can be costly – especially so in the fast moving modern game.

If Burton and Lill hadn’t have come back in Pearl Islands, Savage might have had a great shot at making it to the end. With Osten on his side instead of Lill and Shawn in the game rather than Burton, there was a possibility Shawn could have flipped to the Morgans, completely rewriting Survivor history. You can bet that has eaten away at Savage for the past 12 years, and he’ll be determined to make things right in Cambodia. I don’t expect his style of play to change that dramatically. He will still be very high on work ethic; he’ll bust his butt in challenges, and he will be loyal to whatever early alliance he makes. And this should bode well for Savage. I can’t imagine anyone targeting him right off the bat; not when there are much more sneaky, strategist types like Spencer and Stephen, and unpredictable wildcards like Ciera and Kass.

What Savage needs to work on is his people skills. It is all well and good building up your social game with the players within your own alliance, but when you neglect the outsiders, you are severely limiting your options. Outsiders can become very useful in Survivor when you need to make a move against an opposing alliance, or if you find yourself at the mercy of a tribe switch. Savage needs to give himself options and be more flexible when it comes to strategy. I don’t expect him to start on the same tribe as Terry as they fill similar archetypes, but if the two of them eventually meet in the game I expect them to get along well. I also think he will bond with Shirin due to their shared connection of working at Yahoo. I expect that a lot of people will want to align with Savage because they can rely on him for his vote, but if they cross him, that is the part I fear.

Prediction: Savage will be looking for redemption, and I see no reason why he can’t achieve it. That doesn’t necessarily mean I think he can win, but I definitely think he can improve on his previous 10th place position. I see him being a vital component of his tribe, with his work around camp and contribution to challenges.

Like Terry, he should try not to force himself into the leader role, but again like Terry, I feel this is a position that Savage just naturally gravitates to. Savage will likely be approached early to form an alliance, and he will shake that person’s hand and give them his word. That should take Savage far unless he ends up on the wrong side of a tribe switch. Inside Survivor predicts that Andrew Savage will lead or co-lead a strong alliance and make the merge – a late merge boot.

Thanks for reading our Survivor Second Chance Retrospective for Andrew Savage.

What do you think Andrew’s chances are next season? Leave your comments below.

News23 Jun 2022
Previous
« Survivor Women: Treatment of the Over 40s
Next
Survivor Second Chance: Where Everybody Knows Your Name »