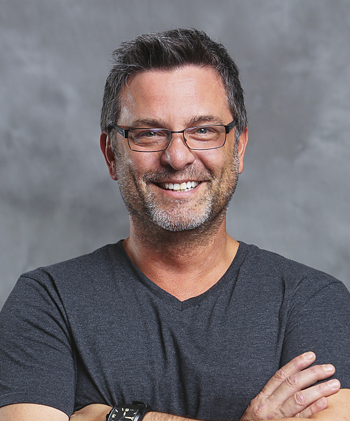 What happened in his previous season: Jeff Varner was a new school style player on a very old school season. He started The Australian Outback on the famous Kucha tribe; one of the most beloved tribes in Survivor history, seen as the heroes to the villains of the opposing Ogakor tribe. Jeff was the sarcastic city slick to Elisabeth and Rodger’s adorable sweetness; he was the cynical pragmatist to Michael Skupin’s wide-eyed optimism, and he was the light relief to Alicia and Kimmi’s craziness.

Jeff was the very first “voice of the audience” style Survivor player. Yes, Colleen and Greg provided somewhat of a viewer’s perspective in Survivor: Borneo, but with Jeff, it felt like he was speaking for the viewers and reacting just how they would respond in the same situation. Whether it was talking about how he was nauseous on the plane ride to the Outback, or how Kimmi’s voice irritated him and how he wanted to “…just grab her by the neck and shake the s**t out of her”. He was Survivor’s first snarky confessional giver, a precursor to the likes of Courtney Yates and Corinne Kaplan.

When Kucha lost the first Immunity Challenge, Debb told members of the tribe that Jeff wanted to be sent home because he was feeling sick; luckily Alicia relayed this information to Jeff, and he vehemently denied it, and Debb ended up getting the boot. It is clear to see when watching the first episode that Jeff has a very new school mentality towards the game; he was very much the Richard Hatch of The Australian Outback that saw the game for what it was.

“I mean, I’m looking forward to voting somebody out, ‘cos it’s the game, and I’m here to play the game. I’m not here to make friends. I’m not here for that. People have got to go, and I look forward to walking up, writing somebody’s name on a card and talking about ’em. (laughs) Um…. I’m getting ready to do it.”

At a time when the show was still very new and heavily focused on the survival elements, Jeff was very forward-thinking in his approach to the game; almost as if he saw through the pretense of the show and realized it was a game of social manipulation and strategy. For example, Jeff made an early bond with Alicia, and the two of them were already thinking ahead in the game. Despite the Kucha tribe being very close, Jeff saw that Elisabeth would be a big threat down the road and that Nick was untrustworthy. He also instigated the infamous finger-wagging fight between Alicia and Kimmi over chickens and was a big part in securing the votes to get rid of Kimmi.

The major shame about Jeff’s game and one of the reasons it will be so exciting to see him get a second chance is that we never truly got to see his strategic game flourish due to Kucha’s challenge dominance. Jeff’s elimination came about by a series of unfortunate events, and a seriously bone-headed decision. Kucha was dominating and looked to be heading into the merge with the numbers advantage. This advantage would allow them to “Pagong” the remaining Ogakor members, and probably would have allowed Jeff to work some of his magic to take out Elisabeth and Nick as previously planned. But that didn’t happen because Michael fell in the fire at the Kucha camp, and had to be medically evacuated from the game, meaning both tribes went into the merge even.

The second unfortunate event came at the merge vote. Back in Season 2 tie votes were broken based on which player had the most previous votes cast against them. Due to Kimmi stupidly revealing to Tina at a previous challenge that Jeff had a vote against him, Jeff received all the Ogakor votes and was sent home in the tiebreaker against Colby. The bone-headed decision was that Jeff could have won Immunity if he didn’t step down for a jar of Peanut Butter.

What to expect from him this season: Jeff Varner was a player ahead of his time, and unlike other old school players returning on this season such as Kelly Wiglesworth and fellow Australian Outback tribemate Kimmi Kappenberg, I don’t think Jeff will be out of his depth. The game moves a lot faster these days; especially in an all returnee season, but I believe Jeff can keep up with it.

He is a fan of the show that has kept up with the seasons over the years, so he knows what to expect, and is aware of who his fellow cast mates are and how they previously played. And the great thing about Jeff is that with his season been so long ago, many of the other players won’t accurately remember him, or more importantly won’t remember his style of play. He certainly won’t be viewed as the season’s “strategist” over the likes of Spencer and Stephen; he’ll be seen as the likable old school guy.

Jeff had one of the best Second Chance campaigns, and he proved he is still as witty, charming and funny as he was 14 years ago on the show.  I expect him to bring that same wit and enthusiasm to Cambodia. Expect to see Jeff make early bonds with his tribe mates; he is very relatable and easy going, and unlike a player like Abi-Maria who found it difficult not to voice her opinion around camp, Jeff is an expert at keeping his true feelings hidden and instead shares them in private with the audience.

He will be able to connect with his fellow old school players, and he also has that love and passion for Survivor that should warm him to fellow superfans like Shirin, Kelley, and maybe even Spencer. The only worry is how Jeff will hold up in challenges. Jeff was a decent challenge performer in his first season but not a stand-out; he was just lucky to be part of a very strong tribe. He is older now, and his challenge performance is the only thing that could possibly put a target on his back. Kimmi may hold a vendetta against him, but I find that very unlikely after 14 years; they could be the new Colby and Jerri – bitter enemies turned best island buddies.

Prediction: Jeff’s enthusiasm and pure joy to be voted on to the season will be infectious. It already won the voters over, and it will very likely win his fellow tribe mates over too. He’ll make quick bonds and should find himself in an alliance off the bat. People will want to work with him; his problem is choosing the right allies. I think Jeff will play it smart; he’ll observe, and he’ll keep his actual strategy for the confessionals.

He will make himself an asset while everyone else tears each other’s heads off. His age and keeping up with challenges is his only worry, but that could turn into an advantage. Inside Survivor predicts that Jeff will easily make the merge and finally get to show off his strategic prowess, but he’ll likely be cut just before the finals for being too big of a jury threat.

Thanks for reading our Second Chance Retrospective for Jeff Varner.

Buy Survivor: The Australian Outback on DVD and see Jeff Varner in action:

What do you think Jeff’s chances are next season? Leave your comments below.