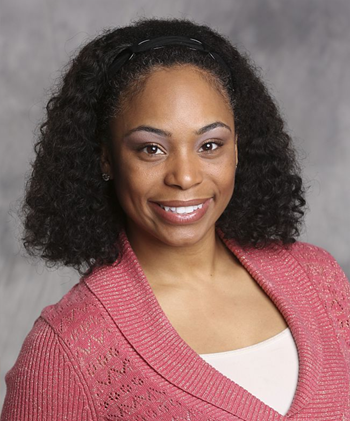 What happened in her previous season: Tasha Fox began her Cagayan journey with the Luzon “Brains” tribe. She was the only Luzon member always to vote correctly pre-merge and showed her strategic side very early on by getting the Luzon women together to oust Garrett after his “open forum” voting discussion. When the tribes swapped, she ended up with the remaining Brains and became part of the majority on a fractured tribe.

At the merge, her Aparri alliance was in the majority, with Sarah being the swing vote. Kass turned on her former alliance and blindsided Sarah, leaving Tasha on the outs with her former Aparri alliance. Tasha went on to win three Individual Immunity challenges in a row and showed herself to be quite the physical threat. She ultimately went out in 6th place despite trying her best to gather people to make some strategic moves. Tasha was the only vote for Woo to win because she didn’t respect the game that Tony played.

Tasha was also a finalist for the Rob Has a Podcast Miss Survivor 2015 title, but lost to Natalie Anderson.

What to expect from her this season: Tasha is a fierce competitor and is loyal to a T (unless that T stands for Tony). She’s charismatic and likable and is excellent at getting people on her side. She has good relationships with the other Cagayan returnees which could be great if she’s on the same tribe as them. However, this could also paint a big target on her back. Whereas Spencer and Kass have a history as rivals, Tasha is known to get along with each of the Cagayan four on an individual basis; this coupled with her image as a challenge beast could strike fear in the other players.

The best thing going for Tasha is that she is known to be loyal. In the mad scrambling that often starts a returnee season, Tasha will likely be someone that is approached by a lot of people to be part of an alliance because she can be relied upon. She is also going to be a huge help in pre-merge challenges, so there is no real reason why Tasha should be targeted early. I expect Tasha to work hard around camp, give it her all in challenges, and be a loyal member of an early majority alliance. There is a chance as the merge draws near that people may try and get rid of her due to her potentially going on another Individual Immunity challenge run. But if she can make the merge then expect Tasha to be in for the long haul. Tasha is going to play to win and won’t give up.

Prediction: If Tasha can pull away from being associated with the Cagayan people, she has a very good shot at winning this season. She’s likable and is great in Immunity challenges. She’s level-headed and very strategic, which makes her a great alliance partner. She’s a challenge asset which will keep her through the beginning, but that may come back to bite her if people perceive her as a huge Individual Immunity challenge threat. The key thing is that there will be so many other targets ahead of Tasha. From the Cagayan people, Kass and Spencer are going to be seen as much bigger threats than Tasha; so she should be able to avoid the Cagayan curse. She isn’t unpredictable like a Keith. And she is easier to trust and work with than an Abi-Maria or a Ciera. Inside Survivor predicts that Tasha will be a loyal member of an early majority alliance and make it deep into the merge, and if she can win a couple of important Immunity challenges then she could potentially win this game.

Thanks for reading our Survivor Second Chance Retrospective for Tasha Fox.

What do you think Tasha’s chances are next season? Leave your comments below.

Weeklies09 May 2022
Previous
« Survivor Second Chance: Missed Opportunities
Next
Survivor Women: Treatment of the Over 40s »