In Part 1 we looked at the introduction of Survivor twists and why they exist. It was established that twists, while sometimes frustrating, are a necessary component of the game that keep the show unpredictable by allowing any player to go from the bottom to the top (or vice-versa) with little to no warning. This is why we love twists. The casualties of war. Everyone loves to see the look on someone’s face whenever they realize that they aren’t safe, but are instead on their way to Ponderosa.

Here, I rank my Top 5 castaways whose game suffered most at the hands of a twist. 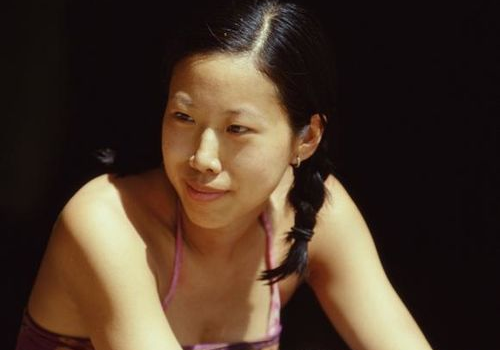 Sometimes you just know you’re on the bottom. Shii Ann definitely did. At the end of the tribal stage of Survivor: Thailand, Shii Ann was ready to play the game. With ten players left, the Sook Jai’s moved onto the Chuay Gahn beach for a perceived merge. Feeling ostracized by Sook Jai, Shii Ann quickly bonded with members of Chuay Gahn and was considering flipping sides. At this stage of the game (tribes were even 5-5), someone flipping sides would be the inevitable death of their original tribe. Sensing imminent danger, members of Sook Jai questioned Shii Ann’s loyalty, only for her to state that she was considering the move.

At the Immunity challenge, the members of Chuay Gahn and Sook Jai were surprised to learn that they were just that – unmerged. This “fake merge” surprised everyone, but none more than Shii Ann, who had prematurely played her hand. Chuay Gahn wins the final tribal Immunity challenge, sending Sook Jai and a very vulnerable Shii Ann to Tribal Council. Despite all efforts, Shii Ann is voted off 4-1 and fails to make the jury. If this “fake merge” was legitimate at ten, Shii Ann flips to Chuay Gahn and makes top six. I’d argue that she would become the perfect person to take further, as she hadn’t proven herself to be a dominant challenge threat and will have turned on four jury members. While I don’t think Shii Ann wins, I do think she goes much farther without the twist. 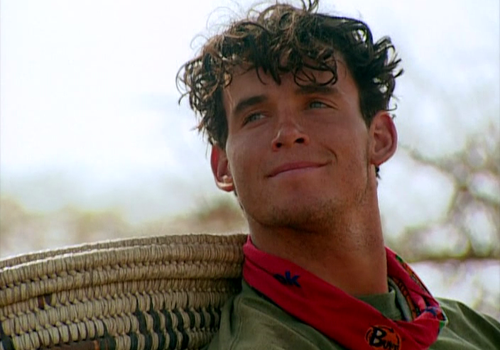 As I mentioned in Part 1, Survivor: Africa played host to the very first Survivor twist. With the tribes even at six, the very first tribe swap left Silas on the bad end of a 4-3 Boran-Samburu breakdown. Even worse for Silas, he joined Boran with Frank and T-Bird, both of whom were at the bottom of the food chain at Samburu.

After spilling the beans on the lowdown of the old Samburu, the members of Boran knew Silas was a threat. He was strong at challenges, in charge of a majority alliance, and was seen as someone that could go far. Knowing this, a plan was hatched. Throw the challenge and get rid of Silas. It worked perfectly – Silas was unanimously voted out, while Frank and T-Bird gained the trust and favor of the old Boran members.

Throwing challenges is risky business. If executed well (stay tuned), it can be used to take out a huge threat while ensuring that your numbers stay intact. On the other hand, in a game that is constantly changing, you can never guarantee votes in a certain direction. In this case, it was a brilliant move for Boran, but a terrible one for Silas. 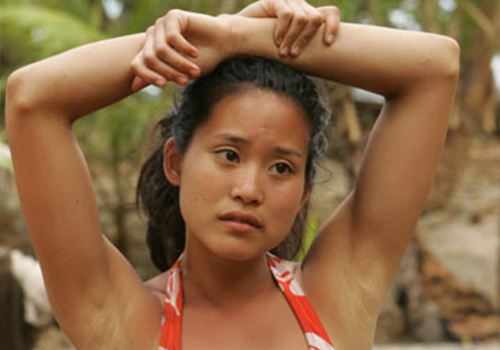 When fans talk about Survivor, inevitably there will be talk about which seasons were better/worse than the other. Other than an impressive strategic showing from Earl and an odd reward challenge based on dancing, Survivor: Fiji is often forgotten or regarded as a lesser-ranked season. I’m not here to break that stereotype. Sure it had the Haves and Have Not twists, Moto domination, a king-sized bed, and Yau-Man giving a car to Dreamz, but overall, Fiji was a dud. So why talk about Michelle Yi?

If you ask me, Michelle is the one of the few bright spots of Fiji. After being decimated on Ravu, a tribe swap led her to be in a perfect position. She was sitting in an alliance with Earl and Yau-Man, with Cassandra firmly in their grasp. Three straight immunity challenge wins later, the new Moto tribe held a 6-4 advantage over the Four Horsemen.

The two tribes merge at ten, but at the first of what should be an individual Immunity challenge, castaways find out that they will be participating for Immunity in teams. Following a loss, the team consisting of Michelle, Dreamz, Mookie, Alex, and Stacy, immediately opened an envelope, which stated that they would go directly to Tribal Council. Further, this team was not allowed to strategize or discuss anything regarding their vote. Leaving her tribal and alliance majorities, Michelle walked into Tribal Council with little chance. Through some smooth talking, Alex insinuated the Michelle was a threat and receiving his vote, giving Stacy and Dreamz enough reason to vote Michelle. Michelle gets the vote of her old Ravu member Mookie, but was voted out 3-2.

Would Michelle have won Fiji if not for this team Immunity challenge and subsequent “no talking” twist? I think that there was a chance, but Earl was playing a far superior game. He had the numbers and they could easily run to the finals. I do think that the final three, however, would have included Michelle if she were not voted out at ten. 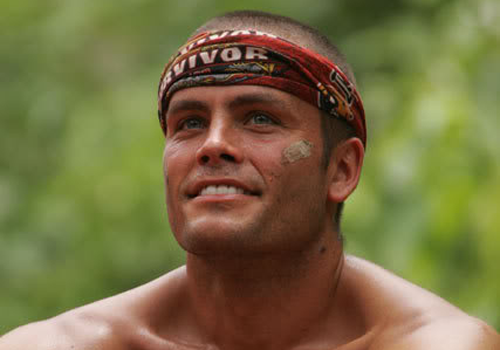 When many look to the new crop of players on the Second Chances season, the cast is noticeably eclectic. There are players from older seasons, recent casual heartthrobs, and everyone in between. Unless you’re a superfan, do you remember Peih-Gee Law? Probably not. The leader of the Zhan Hu tribe, however, is the reason Aaron Reisberger sits near the top of this list.

Aaron had it all: he was in a strong, yet silent alliance with Todd and Amanda, he was the leader of the Fei Long tribe, and they were winning challenges left and right. If anyone was deserving of a hero edit, it was Aaron. His only downfall, however, was that he got into a “ridiculous bitchfight” with Jean-Robert in front of the Zhan Hu spy, Jaime, thus cluing her into how much of a power position Aaron was in.

“In front of the spy? Really? Are you just going to give her a map of who doesn’t like who? Can we not have like a little solidarity for two seconds while she’s here?”

On Day 13, both tribes were given a message – pick two members of the opposite tribe that you want to join your own. For Zhan Hu, the answer was obvious. They picked the two members of Fei Long that would help them win challenges, while taking them away from their tribe – James and Aaron.

With Erik and Jaime at her side, Peih-Gee hatched a plan – throw the immunity challenges, thus ensuring that she and her closest alliance members stay safe, eliminating the other tribe’s two strongest members and keeping Frosti and Sherea safe at Fei Long. Now this, folks, is the absolutely perfect time to throw challenges and is the reason that Peih-Gee is joining us for another season.

Despite giving everything he had, Jaime and Peih-Gee did everything in their power to make sure that they lost the challenge and ensure a trip to Tribal Council. Aaron was voted off 3-2 and the guy who once held all of the power wasn’t even a member of the jury.

As I said before, Aaron was in the perfect position. If this twist didn’t bring him over to Zhan Hu, he would have controlled the game. Even if Zhan Hu had won the next two tribal Immunity challenges before the merge, numbers would have been tied. I do, however, think that Todd would have cut him loose before the final three, but he would have definitely made the later stages of the game. 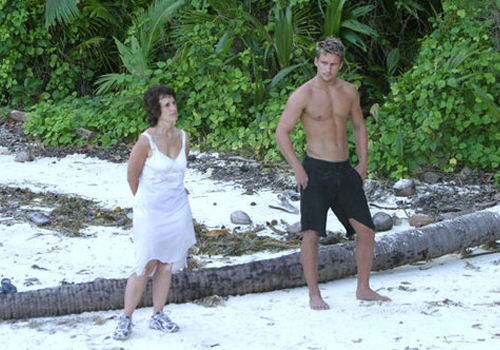 Of all the casualties of twists in thirty seasons of Survivor, none sting deeper than the king and queen of unfortunate circumstances – Jonathan Libby and Wanda Shirk. They both share the top spot on this, my list of twists.

From the very beginning of Survivor: Palau, things were not what they seemed. First, castaways, in the same vain as in the Pearl Islands, began the season with the clothes on their back. Rowing to shore in a boat, the cast was given a single command – the first man and woman to reach shore and grab an Immunity necklace would be safe. There were no tribal divisions, provisions, or correct assumptions of what was about to happen. The very next morning, Jeff Probst shows up to the beach and initiates a schoolyard pick-em. Unlike gym class kickball, the last person would not be placed on to a team, but rather sent packing without a chance to play the game.

Quickly, two tribes of nine were picked and the party was very short for both Wanda and Jonathan. Jonathan was singled out for prematurely jumping off of the boat with Stephenie and for not integrating well with the entire group. Wanda, on the other hand, was known for her incessant need to sing songs about her actions rather than mix with the tribe. Both boarded a boat leaving the game on Day 2 without a second chance, but with a nice parting song by Wanda. While the first day of shelter building and camaraderie was a microcosm of the game, neither player was given a chance to prove themselves for the better or worse in challenges or given time to interact and strategize with a tribe. Out of all the Survivors in history, the game for both Jonathan and Wanda was most impacted by a twist.

International13 Jun 2022
Previous
« Survivor Twists Part 1: Why Do They Exist?
Next
Survivor Second Chance: What Seasons To Watch »