Over the past fifteen years, Survivor has introduced and tried out a whole host of different twists. Some were a success and became staples of the show, such as the tribe switch and the Hidden Immunity Idol. Others made fleeting appearances and then were never mentioned again, like the Medallion of Power. But last month Survivor introduced arguably its biggest twist to date when it allowed the viewers to decide the entire cast for an upcoming season.

For the first time, fans of Survivor were able to vote for the players they wanted to see return. CBS has tried smaller scale versions of this out in the past with the fan-voted Sears casting call, where hopeful Survivor contestants posted audition videos online via Sears and fans would vote on their favorite. But this was different; this was handing the reigns over completely and letting the fans choose all 20 players. Sure, CBS selected the pool of 32 players we could vote from, but the concept is still pretty wild. With the resounding success of the voting and the passionate campaigning from the returning players, I’m sure CBS will chalk this one up as one of their more successful twists, and I have no doubt we’ll be seeing it again in the near future.

But why do twists exist in the first place? Inside Survivor contributor Shawn Swaney takes a look at the origins of the Survivor twist and why they came to be, in the first part of a two-part feature.

Survivor Twists: Why Do They Exist?
by Shawn Swaney

If ever I talk to someone about Survivor, I am often met with the same initial response: “Wait, that show is still on?” Originally airing in the summer of 2000, the first season of Survivor instantly captivated millions of viewers and quickly became a sensation. During the first few seasons of Survivor, the novelty was able to fuel incredible ratings, but a problem would quickly arise. Precedents quickly reigned supreme, and the show started to get predictable. Voting favored the younger and stronger, until the merge, where the term “Pagonging” quickly entered into common vernacular. How would the show decide to combat this problem while keeping viewers interested?

In the simplest form, twists are the force that makes the Survivor world keep moving. First, you have your casting twists – normally involving some type of tribal division. Simple means of dividing tribes, like age and gender, were the precursor to far more elaborate divisions; such as the White Collar vs. Blue Collar vs. No Collar twist most recently executed in Survivor: Worlds Apart. These tribal breakdowns are often overlooked, but some permeate into popular culture. For instance, the casuals that were wondering if Survivor was still on the air, were confirmed of its presence when tribes were divided by race in the Cook Islands back in 2006.

Different ethnic groups. Is that… kosher? 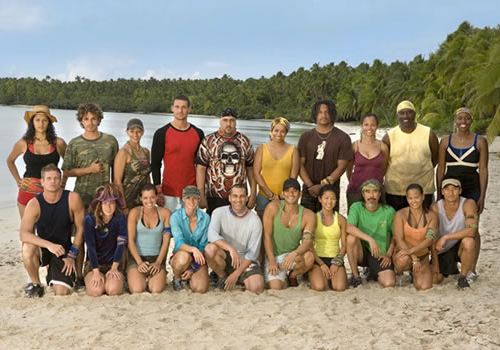 On top of tribal divisions, another layer soon emerged – reintroducing previous castaways into new seasons. First executed in Season 8, Survivor: All-Stars brought back the likes of über popular Colby Donaldson, Rupert Boneham, and friends for a chance to prove who was the best of the best. The rub? These players had the opportunity to improve upon previous mistakes and get a second chance at the million dollars, but at the cost of their opponents knowing how they’ve previously played. The All Stars season forayed into other returning seasons, such as Heroes vs Villains and Fans vs Favorites I and II. But, while casting twists have breathed a bit of new life into the show, the longevity of Survivor can be traced, I argue, to one single moment in the Kenyan wilderness.

Pick three from your tribe to go on a quest
You get to decide who you feel would be the best
Vote or draw straws and send them on their way
The other three wait but for what, we won’t say

For 2 ¼ seasons, castaways worked on the single premise that they must work together as a tribe to win challenges until the merge, where it would become an individual, yet tribally motivated, game. This premise, however, was shattered in Survivor: Africa, as the first major twist of Survivor’s history occurred. The first ever tribe switch, which sent Lex, Kelly, and Big Tom to Samburu, while Silas, T-Bird, and Frank joined Boran. Tribes could no longer just think about the best way to beat the other tribe after the merge because part of the enemy tribe just moved into their home.

This twist allowed Frank and T-Bird, who were in the minority at Samburu, to potentially escape their imminent departure at Boran. After giving up information of the Samburu tribe dynamics, T-Bird, with Frank near her side, became a loyal ally for the old Boran alliance. While some profited, others met their demise. On the other end of the token, Silas Gaither was the strongest member of the old Samburu tribe and had an active, majority alliance. Separated from his friends, Silas was vulnerable, and the members of the new Boran tribe threw a challenge to get rid of him. Not only did they ensure that an old member of Samburu left (thus keeping a Boran member safe), they eliminated a person who was deemed to be a challenge threat post-merge. But more on Silas in Part 2. 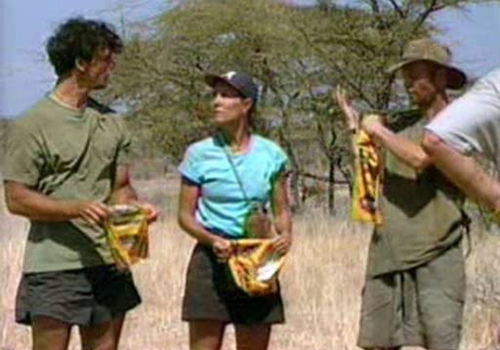 The tribe switch in Africa ushered not only the Boran alliance to the finals but also a new era of Survivor – where you had to play to twists pro-actively. While many didn’t think of this as a viable strategy, keeping the loyal person over the stronger person quickly becomes the norm. Just a season later, Gabriel Cade was voted off for being indecisive when it came to joining an old-Rotu majority tribe. Tribe swaps were just the first of many weapons in the arsenal of twists boasted by the Survivor production department. Twists like Hidden Immunity Idols, Exile, and Redemption Island, and the Outcasts provide curve-balls to castaways that break the current strategy norm enough to keep chaos at a constant.

“It is totally on the ground”

But what happens when smaller twists like tribe switches become the norm, and you need to add some variety to the game? Enter the Hidden Immunity Idol. Originally pioneered in the Guatemalan jungle, the first Hidden Immunity Idol had far different stipulations than the one that has become a mainstay. This first iteration of the Hidden Immunity Idol was to be played before the vote, allowing the other cast members to pick another target. This is far different than the “play it after the votes are tallied” strategy that we’ve all come to know. While this first idol was enough to save Gary Hogeboom Hawkins for one more vote, it was not enough to reverse his fortune. 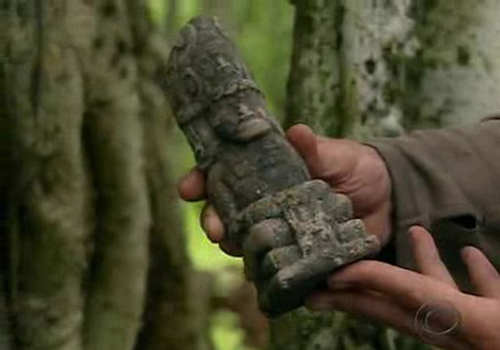 The next version of the Hidden Immunity Idol, more commonly known as the Special Idol or recently the Tyler Perry Idol, allowed for far greater protection, as it worked as a safety blanket for the holder. If the person holding the idol received enough votes to be voted off, they could play their idol after the votes had been revealed and would be saved. This power was heralded as being too powerful and was quickly changed to the format which currently stands. But why has this set of idol powers, with all of the flux in the Survivor world, remained constant? It’s simple – it breeds paranoia and chaos. With this format of the idol you have to be smart. Playing the idol requires the right mix of paranoia, knowledge, and perception, all while working on the premise that the people that you trust are watching out for you. The idol has brought about more blindsides, split votes, and useless paranoia than any object before. Having it makes you safe at the right time, but also makes you a big target.

On top of real idols, the introduction of fake idols has become a legitimate strategy. With a fake idol, the goal is to force a split vote, thus hoping for someone to be more willing to flop, as their one vote becomes more critical in making a majority. The main purpose of an idol, whether real or fake, is to shake up the game and avoid predictability, and that’s why it is a twist that has remained constant since Season 11.

But while I could sit and talk about the merits of Survivor twists and why they do and don’t work out in a theoretical sense, the reason they persist from season to season is their effectiveness in ensuring that anyone has a chance of winning. So, while twists have their ups and downs, without them the game would not be the same – or perhaps it would be too much of the same, hence why twists exist.

In Part 2 we will look at the players that have been screwed over the most by Survivor twists.

3 responses to “Survivor Twists Part 1: Why Do They Exist?”