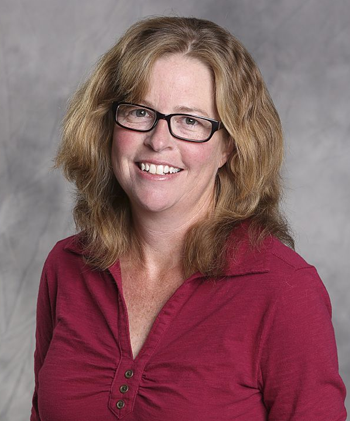 What happened in her previous season: #ChaosKass wasn’t always the chaotic personality that she became most known for. She started out on the ever-losing Luzon “Brains” tribe, where she initially aligned with Dave Sampson and was shocked to see him leave first over J’Tia, who was perceived as the weakest member of the tribe. She soon realized she was on the outs and immediately had to rethink her strategy. She joined forces with the other Luzon girls and blindsided Garrett; after his “open forum” about voting rubbed them the wrong way. After losing J’Tia, the tribes were swapped, and Kass ended up on the new Aparri tribe with Spencer and Tasha. The three former Brains gained a majority due to the fractures within the former Beauty tribe.

At the merge, Kass and Sarah butted heads, with Tasha having to play mediator. Sarah was thought to be the swing vote, but Kass pulled off one of the biggest moves in Cagayan when she voted with the opposing alliance to get rid of Sarah – thus receiving the moniker “Chaos Kass”. She continued to be a source of conflict to many people in the merged tribe, most notably Trish, Spencer and Tony, but somehow managed to escape any votes against her until the final five. She was seen by many as the ultimate “goat”, and everyone thought she’d be taken to the Final Tribal Council. After winning the final four Immunity challenge, she narrowly missed making it to the Final Tribal Council and was voted out in 3rd place despite telling Woo that he’d have a better shot at beating her than he did Tony.

What to expect from her this season: Kass has probably the biggest uphill battle out of everyone on Survivor Second Chance. She’s known to be confrontational and unpredictable, and when your nickname includes the word “chaos,” that isn’t going to go unchecked. The people she is playing with are all HUGE personalities and strategists, and they won’t think twice about voting her out immediately if they believe they can’t trust her. There has been lots of chatter regarding pre-game alliances, and rumors that Kass approached everyone on the list at one point or another, this will only build further distrust heading into the game. On top of that, she is also 1 of 4 Cagayan representatives, which could be held against her if others think she’s aligned with Spencer, Tasha, and Woo. However, after having burned each of those people before whose to say they’d even be open to working with her?

Kass is very clever and strategic, and could get into an alliance with like-minded people. She seemed to bond briefly with Abi at the Survivor: Worlds Apart finale when Jeff Probst announced that they had both made the cast – what an alliance that would be! She may also be seen once again as the perfect goat, and the other players may keep her around for that very reason. Pretty much everyone expects Kass to be a big target going in, so it could benefit certain other big targets to keep her around as a shield. Kass has stated that she plans to play like “Catatonic Kass” this time around and not make nearly as many waves as she did in Cagayan, but I’m having a hard time believing she’ll be able to keep her chaotic side at bay. I expect she will try to lay low early on, but as much as Kass may wish to play a more under-the-radar game, I don’t think her fellow castaways are going to let her.

Prediction: Unless she can get herself into a really solid alliance and get them to trust her, which seems unlikely based on experience, then her aggressive, strategic gameplay will make her an early target. The best hope for Kass is to be on a tribe with even bigger personalities so that she can lay low and use them as a distraction. This second time around is not going to be easy for Kass, and while I’m sure she’ll bring entertainment once again, Inside Survivor says she will be an early pre-merge boot – possibly even first boot.

Thanks for reading our Survivor Second Chance Retrospective for Kass McQuillen.

What do you think Kass’s chances are next season? Leave your comments below.

Rob hails from Boston, MA. He studied Architectural Engineering at college and has been following Survivor since the first season. He is married and has a dog named Snoopy. He also used to host Survivor ORGs (Online Reality Games).