Another year of Survivor has come to a close, and so, it’s time once again for the Inside Survivor End of Year awards, highlighting the best, funniest, and most shocking moments of Survivor in 2019.

A couple of disclaimers:

1) Most of the categories relate to Survivor US (except for Best Season and Best International Character), as the majority of our readership is here for the US content.

2) We decided not to include any moments revolving around Dan Spilo and his inappropriate touching—even if it would have made sense for a category like Most Shocking Moment. The End of Year Awards are meant to be a bit of fun and we didn’t want to undervalue or undermine the impact of Dan’s behavior by “awarding” the moment.

The Inside Survivor team separately nominated four choices in each category (six in the Best Character categories). We then tallied those votes to determine the final four nominations for each one. This year’s categories include Best Season, Best Character, Best Episode, Best Move, Funniest Moment, Most Shocking Moment, and Best International Character.

Here are the four nominations for Best Season of Survivor in 2019. Readers can vote below for their favorite. 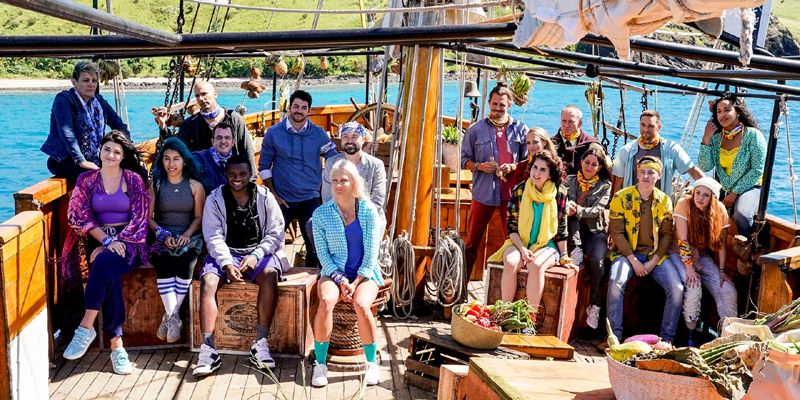 It’s been a controversial year for Survivor US, starting with Edge of Extinction, a season that never overcame its dubious twist. With a game mechanic that meant no real eliminations until the Final 6 and the unnecessary inclusion of four returning players, the season’s edit was always destined to be lopsided. It tells you everything about the season that one of the most memorable characters was the first boot, the Queen of Extinction herself, Reem Daly.

The season did have its moments. The aforementioned Reem provided light relief as the guardian of the Edge. David Wright and Kelley Wentworth’s “frenemy” relationship was compelling. And there were a couple of big-time blindsides. But what people remember is the time-suck of EOE, Rick Devens’ late-game idol spree, and third boot Chris Underwood returning at the Final 6 to win the entire game. There was a car crash quality to the season, but it didn’t make you feel good for watching. 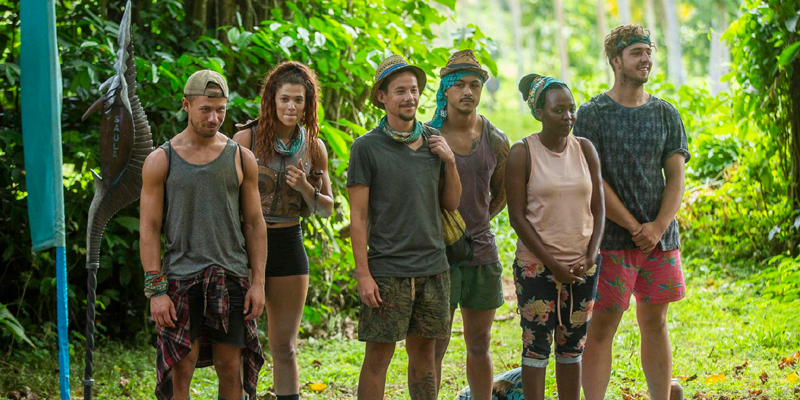 Survivor South Africa’s Island of Secrets was a season of two halves. The pre-merge was a blistering, personality-filled game of ups and downs with the kind of bonkers energy that only Survivor SA knows how to deliver. This was represented by vivacious characters like Tania Copeland and Seipei Mashugane, blundering idol plays from Jacques Burger, and killer blindsides, like that on Nathan Castle.

The post-merge became a methodical, cult-like game of manipulation, led Rob Bentele and his not-so-merry band of followers. It wasn’t always pleasant to watch, and had many echoes of seasons like Redemption Island and South Pacific, but remained fascinating nonetheless. The gameplay could often be frustrating, but the decision-making of the players and the emotional toll made for engaging television all the same. 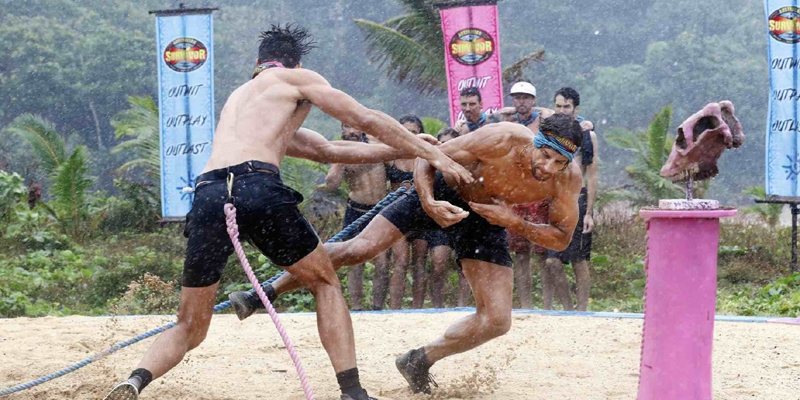 There was some trepidation when Australian Survivor first announced it would be reusing the Champions vs. Contenders theme for its 2019 season. While the first edition was solid, the inclusion of famous athletes brought with it a “mateship” vibe, not to mention made for a very uneven game when it came to Australian Survivor’s extremely physical challenges. They just about got away with it the first time, was it worth the risk trying the same theme again?

Thankfully, CvC II quickly asserted itself as one of the best seasons in Aus Survivor history. The tribes were more evenly matched, the Champs came to play, Luke Toki made one of the best returning player runs ever, and the gameplay was wild. Yes, there were editing flaws, with certain pre-mergers barely receiving an introduction before their elimination. Instead, the show decided to highlight its late-game players, making for a stacked post-merge. From fake idols to fake children, to Golden Gods to Godmothers, CvC II was a fun ride from start to finish. 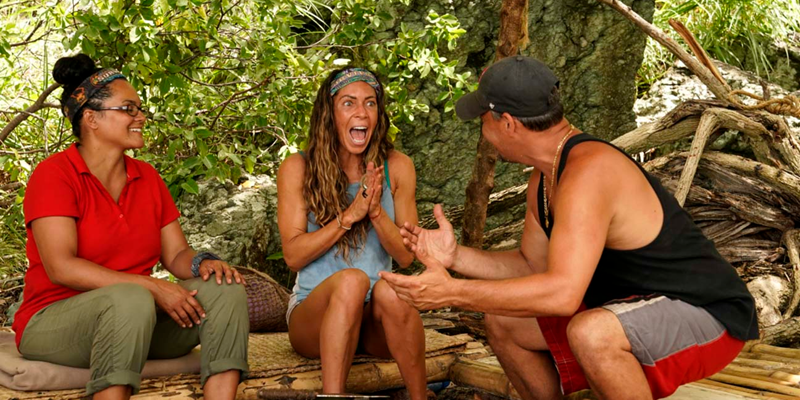 Survivor: Island of the Idols

Island of the Idols could have been so much more but was hampered by an unnecessary twist and a horrible real-life situation. On paper, the season 39 cast looked fantastic, particularly on the female side, which was arguably one of the strongest group of women in Survivor history. And for the first few weeks, the season was building nicely, combining intriguing characters and solid gameplay with some groundbreaking conversations (for reality-tv) on topics such as race, stereotypes, and sexism. Even Rob & Sandra provided humor, although their function in the game was unneeded.

Then came the merge, where Dan Spilo’s inappropriate touching of Kellee Kim and other female castaways rose to the surface, resulting in an incredibly uncomfortable atmosphere. It was a situation poorly handled both on-screen and off, with CBS and Survivor’s production team coming under as much heat as the contestants involved in the season. It was a black cloud that hung over the season, even after Dan was removed the week before the finale. This, combined with the flawed Island of the Idols twist and predictable winner, made for a season most people just wanted to be over.

Check back on Friday when we will reveal the nominations for Best Character.

International19 Jun 2022
Previous
« Player of the Season
Next
Best Character »