Here are our six nominations for Best Character of Survivor in 2019. This is just for the two U.S. seasons, the Best International Character nominations will be posted later in the week. Readers can vote below for their favorite. 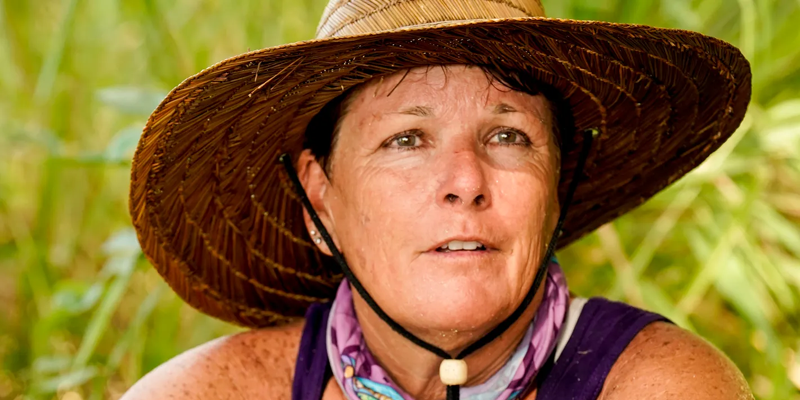 From the very first episode, Janet refused to fall into the trap of the “older woman” Survivor archetype. As the first person to start fire, the Chief Lifeguard proved her strength at camp and in challenges, while also fitting in socially with her tribe. But it was Janet’s strength of character that endeared her to viewers at home. The way she put her own self-interests aside to defend Kellee and the other women in light of the Dan incidents was highly commendable. And it was heartbreaking to see her goodwill twisted by her fellow players. Still, Janet persevered after this low moment, working her way back into the majority and putting herself in a strong position to win (and had it not been for Dean’s idol nullifier she very well could have). She may not have taken home the million, but she certainly won the hearts of Survivor fans. 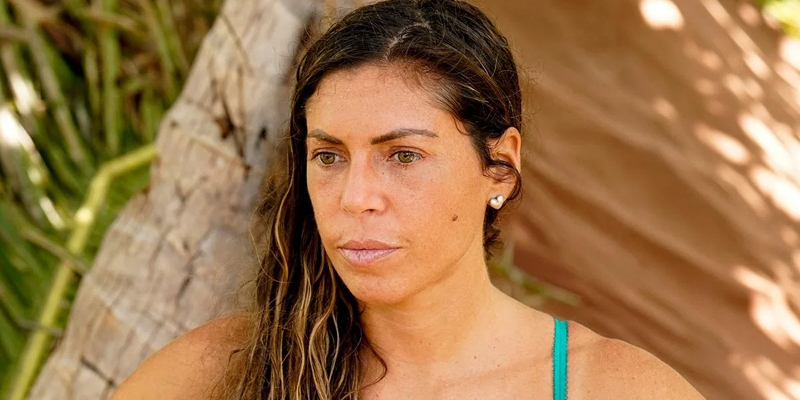 “I’m going to be the biggest Survivor trainwreck ever,” Noura half-joked early into Island of the Idols, and you know what, she lived up to the promise. Perhaps more of a runaway train than a trainwreck, Noura put on a 39-day thrill ride from start to finish. No matter what Noura was doing, it was always entertaining, whether it was her conspicuous celebratory dances, her long-winded monologues, her tales of ex-boyfriends past, her awkward flirting or her hilarious IOI mission. While she was often referred to as “crazy” or “bonkers” by her tribemates, there was also an empathetic sweetness to Noura that made her easy to root for. In a season that contained a lot of ugliness, the Noura Show provided some welcome light relief. 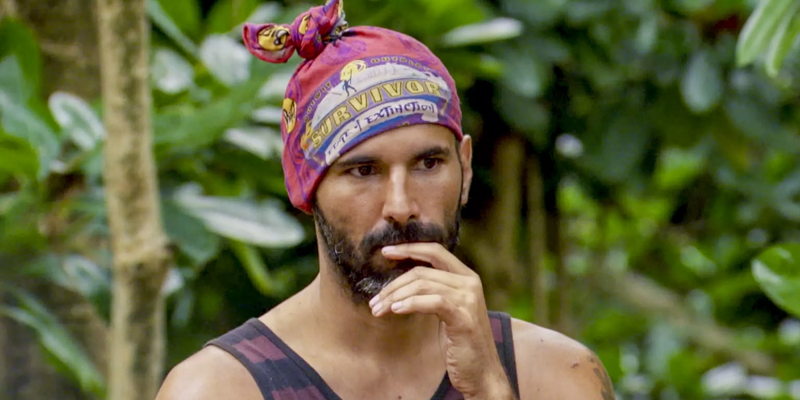 When a person refers to themselves as “the Wardog,” we know we’re dealing with a rambunctious character. Dan stepped onto Edge of Extinction as the next iteration of the baldheaded, aggressive, hyper-frenetic Survivor strategist. He could be cocky and overconfident and didn’t mind voicing his opinion, but he was also a cunning player, even if his challenge performances were comically abysmal. Working alongside Kelley Wentworth and Lauren O’Connell, the Wardog helped orchestrate a number of blindsides throughout the season. However, his bloodlust ended up getting the better of him when he blindsided his closest ally, Wentworth, leaving himself vulnerable at the following Tribal Council. 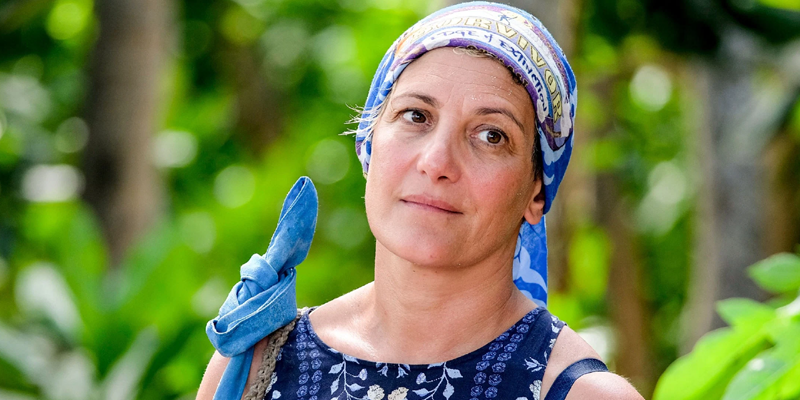 If there was any saving grace to the Edge of Extinction twist, then you probably have Reem to thank. While most first boots are gone and forgotten in less than a week, Reem stuck around on the Edge for the entire season, often bookending each episode with her caustic putdowns to each new EOE visitor. Her bluntly delivered “don’t get excited” could very well be the tagline for the whole season. An abrasive personality with an affection for the words “dude” and “bro,” Reem went on quite the emotional journey during her EOE stay. She experienced all the stages of grief of a Survivor boot, well, mostly anger, but eventually, she accepted her fate and shared her vulnerable side. We might want to forget the Edge of Extinction, but we’ll always remember Reem. 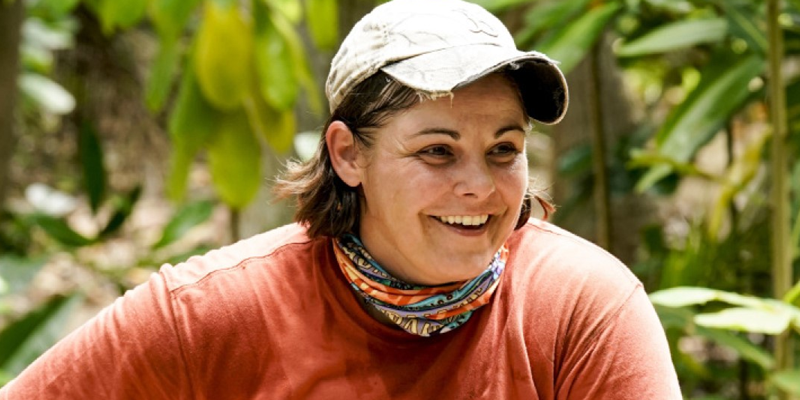 Another bright spot in a grim season, Elaine remained a positive presence throughout Island of the Idols, even when she referred to herself as a glass-half-empty kinda gal. A self-described “busted can of biscuits,” Elaine won over fans and tribemates alike with her quick wit, cheerful demeanor, and Kentucky fried vernacular. Even when on the wrong side of the numbers, Elaine never gave up, determined to prove those who underestimated her wrong. While she never quite had a firm grip on the strategic side of things, her social game was impeccable, so much so that within the first three days, people were already calling her a threat to win. Elaine was never afraid to open up and share her story, and that made her extremely relatable to those watching at home. 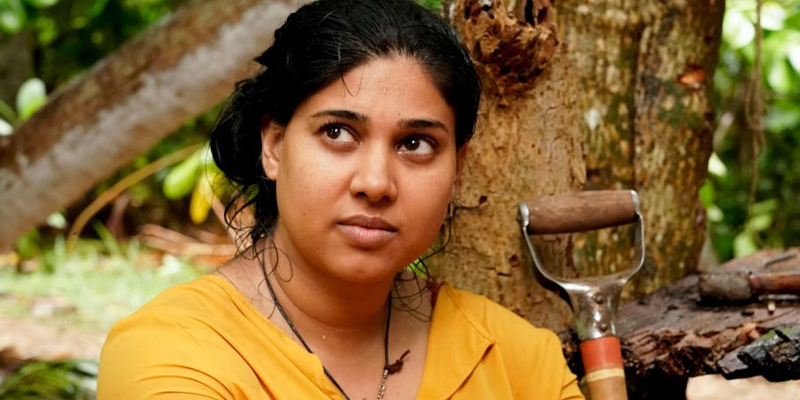 Speaking of sharing her story, Karishma was one of the most open contestants in the history of Survivor. The Personal Injury Lawyer was never afraid to show her emotional side, whether it related to the game or her life back home. Her conversation about arranged marriages was one of the more touching moments of the season. Karishma often felt slighted and neglected by her tribemates, which made her an underdog for the majority of the game. However, she never gave up, and even found a Hidden Immunity Idol, playing it successfully at the Final 9 in one of only two correct idol plays all season. Karishma could never quite find her footing in the game, but the character journey she went on throughout the season made for an interesting story in its own right.

Check back on Saturday when we will reveal the nominations for Best Episode.

Survivor SA: Return of the Outcasts Episode 5 Recap - Not Afraid of Anything