Here are our four nominations for Best Episode of Survivor in 2019. Readers can vote below for their favorite. 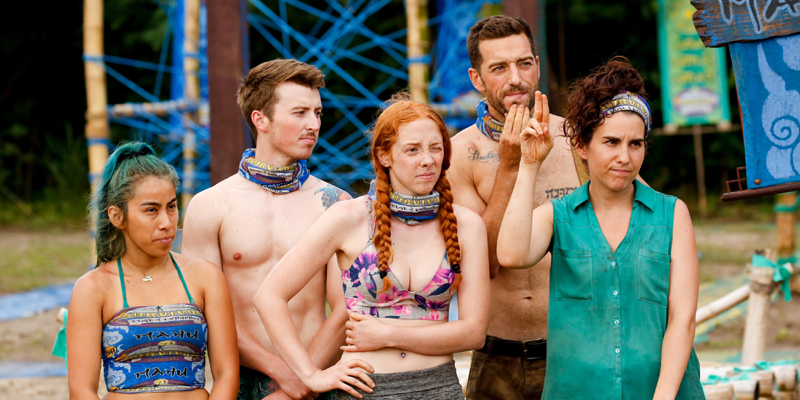 Edge of Extinction was a weird, frustrating, game-breaking season, but it did have at least one bonafide classic episode. It came in the pre-merge, following the tribe swap, in the first half of a highly-entertaining double feature. It’s an episode that delivered shock and jubilation in equal measure and was marked by two significant events.

First up was the come-from-behind Immunity Challenge win from the “lesser” Lesu tribe. Perpetual underdogs from the start, David Wright, Lauren O’Connell, Kelley Wentworth, and Dan “Wardog” DaSilva looked to be on the end of another devastating challenge loss and subsequent date with Jeff Probst. However, like the Mighty Ducks, this ragtag group somehow pulled off a miraculous (second place) victory, and I don’t think I’ve seen such pure happiness and relief on a tribe’s faces before.

The rest of the episode centered around the new Mana tribe’s masterful hoodwinking of three-time player Aubry Bracco. Armed with an idol and an extra vote gifted from the Edge, Aubry looked to be sitting pretty. However, she underestimated her crafty tribemates, falling into a trap laid by a stone-cold Victoria Baamonde. The edit chose to focus on Aubry’s perspective, showing just how blinded she was to the machinations going on around her, culminating in a brutal blindside at Tribal Council. “You guys are good,” said Aubry as she grabbed her torch, a nod of respect to her opponents, and proof that even Survivor veterans can be bamboozled. 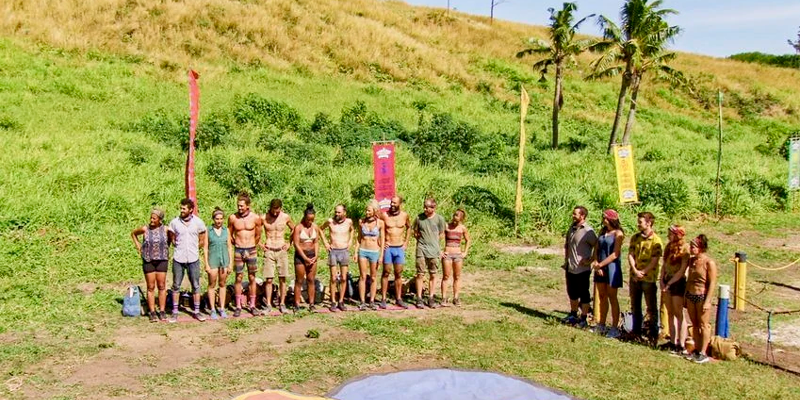 The Edge of Extinction season finale is not what you would call a standard top-tier Survivor episode. And yet, it is fascinating in its messiness. It’s like a lesson in the art of the absurd. Or an out-of-control fan-fiction hastily scribbled on the back of a beermat in the middle of an LSD trip. You might not have liked what you were seeing, but it was hard to look away.

Chris Underwood returning to the game at the Final 6—after initially being eliminated third—and going on to win the season was undoubtedly a jump-the-shark moment for Survivor. And the long-term effects of the EOE twist on the Survivor franchise could be irreversible. But taken out of its broader context and viewed as a single episode of TV, the whole situation was riveting in its ridiculousness.

The season had already gone past the point of no return with the influence the Edge had on the game, not to mention Rick Devens’ non-stop idol-finding spree, and so many were rooting for the most bananas outcome. Why not go full crazy? That’s what this ending was—pure insanity. Chris returning, tricking Lauren to use her idol on him, and then choosing to put himself in the fire challenge to take our Rick, it was a wild flurry to the end and certainly memorable if nothing else. 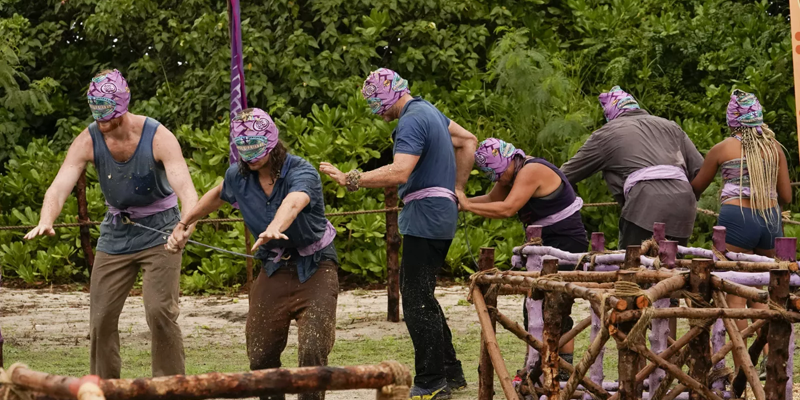 In the weeks before Island of the Idols went completely down the drain and made us all want to move onto Winners At War, the season showed so much promise, and perhaps no more so than in the fourth episode, “Plan Z.” This was just a strong, fun episode, highlighted by genuine hilarity and some high-pressure scrambling.

The IOI twist was hit-and-miss depending on the “test” and which player was taking it. But it was hard to miss when Noura Salman was involved in anything. After chatting Rob & Sandra’s ears off, Noura returned to the Vokai beach with a plan to convince her tribemates she should be the caller in the upcoming blindfold challenge. What followed was a nonsensical lie, back-and-forth bitching, and the worst challenge practice ever. All of this capped off with the perfect punchline when, after all her effort, Noura was made to sit out of the challenge by her unimpressed tribemates.

While Vokai provided the episode’s humor, the Lairo tribe delivered on the strategic drama. It seemed like there were a million plans and just as many targets heading into a perplexing Tribal Council. I faulted the edit at the time for being unclear, but after reading exit interviews, it really seems like moves were being plotted right up to and including Tribal. Aaron Meredith was worried about Dean Kowalski & Chelsea Walker. Elaine Stott was concerned about Aaron & Missy Byrd. Karishma Patel was an obvious target, but Missy wanted to protect her. In the end, it was superfan Chelsea who had her torch snuffed in an entertaining headscratcher of a Tribal. 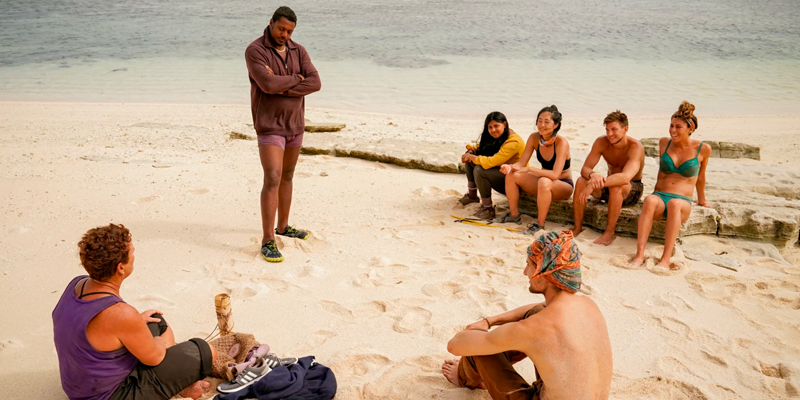 The final episode before the merge, “I Was Born at Night, But Not Last Night,” should have kickstarted one of the best second halves in Survivor history. Unfortunately, ugliness followed, and nothing that came after could match this episode in terms of just straight-up Survivor entertainment.

This episode really had a bit of everything. There were excellent character moments, including Janet Carbin’s emotional visit to the Island of the Idols, where she became the first person to turn down Rob & Sandra’s offer. We saw Tommy Sheehan and Lauren Beck reacting under pressure as they found themselves on the back foot for the first time. And Tribal Council played host to a tremendous, healthy discussion about sexism, women’s alliances, and gender biases within Survivor.

On top of that, there was exciting, inventive gameplay, which saw Kellee Kim single-handedly puppeteering the vote from behind the scenes. Not wanting to see her idol expire, she handed it off to target number one, Dean, while still voting against him to cover herself and convincing Noura to vote Jack Nichting as a safety measure. And if that wasn’t enough, we also saw Jamal Shipman waste his idol on his sworn enemy, Noura, meaning that his closest ally Jack went home with just two votes. A killer Tribal Council to conclude an outstanding episode.

Check back on Sunday when we will reveal the nominations for Best Move.