Over the last week and a half, we’ve been making end-of-year lists to celebrate the best moments of Survivor in 2016. The Inside Survivor team, including former two-time player Shirin Oskooi, discussed and debated the options and separately nominated four choices in each category. We then tallied those votes to determine the final four nominations for each category.

We’ve now arrived at our final category, Best Character. As this is bound to be the most popular and hotly contested category we’ve expanded it to six nominations (kind of like how the Oscars include more nominees in the Best Picture category). Here are our six nominations for Best Character of Survivor in 2016. Readers can vote below for their favorite. 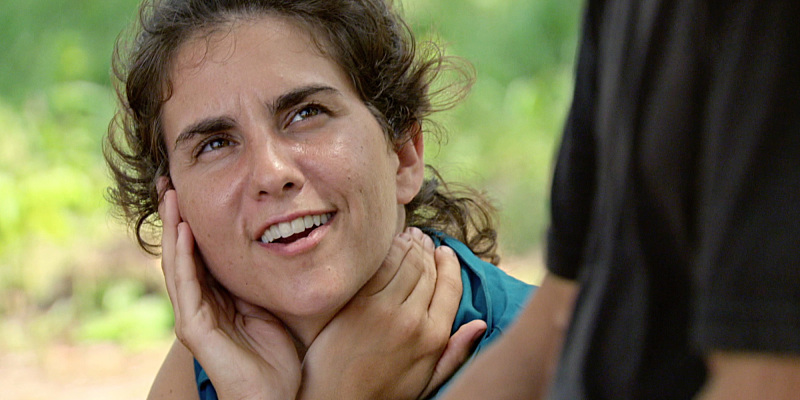 Our first introduction to Aubry in the season premiere of Kaôh Rōng was her suffering from a panic attack. It wasn’t the best of starts, and it seemed like her Survivor journey was going to be short-lived. Then she kicked ass in the first immunity challenge, leading her tribe to victory, and right there we saw our first glimpse of the grit and determination of Aubry. She transformed over the course of the season into a strong-willed, impressive strategist and an engaging narrator. Metaphor-filled confessionals (The Oregon Trail being a stand-out), catchy phrases (“Running around like Cochran’s dream girl.”), and moments of pure goofiness (her spasmodic dance moves at camp and in challenges). Aubry was complex, smart, and fun. 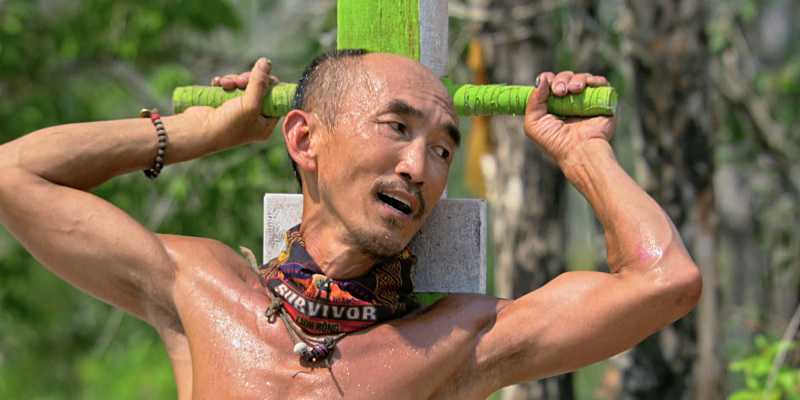 Before Kaôh Rōng even started Tai was a popular character based on his pre-season press alone. Instantly lovable, Tai’s compelling backstory and infectious enthusiasm made him pop off the screen and into people’s hearts. From his sneaky idol searching to stealing kisses from Caleb Reynolds to his friendship with Mark the Chicken, Tai was a huge presence on the show. Throughout the season we got to see all sides of Tai, we saw the kind and compassionate animal lover, but we also saw the deceptive gameplayer, pouring water over the campfire. His emotional dilemma over whether to play with his head or heart made for a captivating post-merge story. Like Aubry, Tai knew how to deliver a great metaphor, although Tai’s took a more philosophical approach, like his bamboo/redwood speech or his amazing Final Tribal Council speech about the water hyacinth plant. 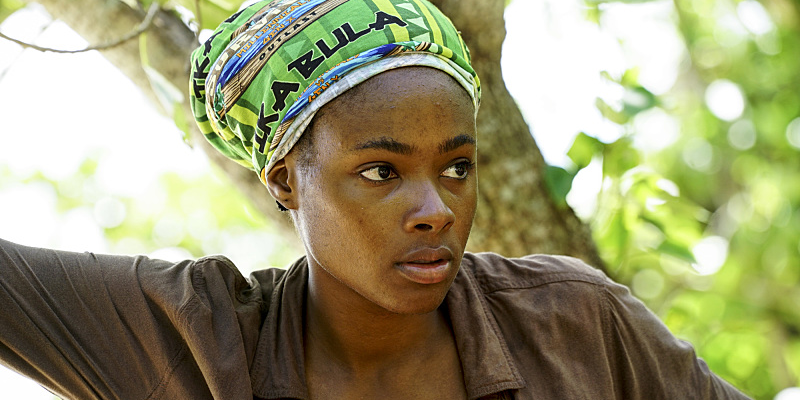 Michaela is the only person on this list that didn’t make the merge, and that just speaks to how great of a character she was in Millennials vs. Gen X. From the moment she commented on Figgy’s hook-up with Taylor, we knew she was going to be a season stand-out: “You stink, your mouth is nasty, you got sand in your draws, and you’re kissing somebody. That’s disgusting.” Michaela did not hold back; she would call people out, including Jeff Probst himself. We hadn’t really seen that kind of brash honesty mixed with humor since Sandra Diaz-Twine. However, unlike Sandra, Michaela was also a beast in challenges, whether it was ripping off her bra or guiding Hannah through a puzzle while shouting at her, Michaela was a clutch performer. She knew how to deliver a killer soundbite (“I walk up on them huddled up like two Eskimos.”) and gave amazing reactions (her entire blindside scene). We’re so happy we get to see more Michaela in Season 34. 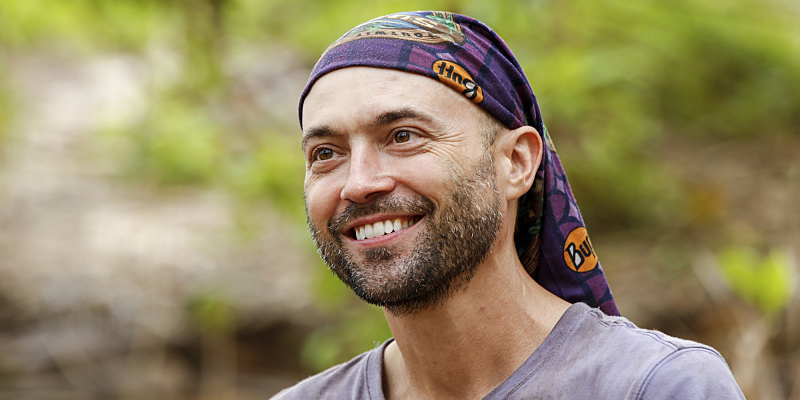 David had a similar transformation story to Aubry except on an even grander scale. He started Millennials vs. Gen X completely out of his element, afraid, paranoid, and skittish. But with each episode David grew in confidence, helped by the discovery of idols and by the support of his fellow tribemates. By the fourth episode, David had the balls to take control of the game, using his idol to save Jessica Lewis and changing the perception of him as a player. He was witty, self-deprecating, kind, and really smart. He had hilarious moments like being unable to keep hold of his buoy in an immunity challenge and spontaneously clapping for no reason when Jay picked Adam for a reward. His friendship with Ken McNickle was one of the best developed of the season. And he made the best looking fake idol in Survivor history. David went from the neurotic, obvious first boot to a master strategist that everybody expected (and in a lot of cases wanted) to win the game. 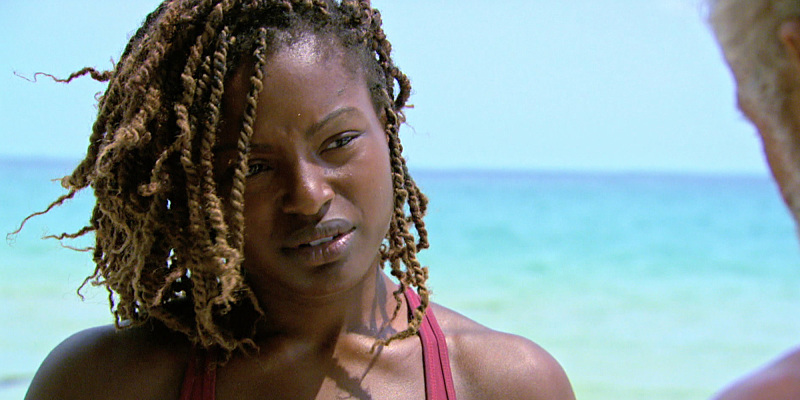 There were many big characters introduced to Survivor this year, and as we get further and further away from Kaôh Rōng, unfortunately, Cydney starts to become somewhat overshadowed. But Cydney shouldn’t be forgotten about, not only was she one of the best players ever but she was one of the best characters in any Survivor season. Her phraseology was on point (“Don’t check me boo.”) and her confessionals were funny as all hell (“I was like brrr!”). Whether she was commenting on camp life (“We don’t need no more heat baby!”), the game, or Mr. Joe’s beef consumption, Cydney always put an entertaining spin on events. We also got to see a more emotional and vulnerable side of Cydney at the final four tribal council, when she talked about how she was playing for her mom so that she could help pay off her mortgage and buy health insurance. Cydney was a great player and a well-rounded character. 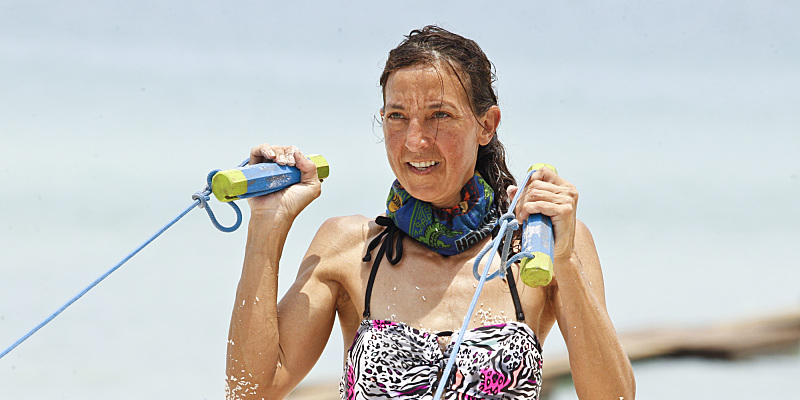 Oh, Miss Debbie. There is no doubt that Debbie was a larger than life character that ate up the screen in Kaôh Rōng. We described her as Coach’s twin sister in the Funniest Moment write-up, and we stand by that description. Debbie enjoyed a good bragging session, she’d seemingly done every job under the sun and was an expert in a manner of all things. Our first introduction to her in the season was her telling us that “puzzles lay down for [her] like lovers.” She never did seem to have much success with puzzles, though. She proved to be a relatively competent strategist on the Brains tribe, pulling off the blindside of Liz Markham, but eventually her inability to compromise with her alliance caused them to blindside her at the merge. Debbie is certainly one of a kind.

Check back on New Years Day when we will reveal the full list of results. Vote on the other categories, including Best Episode and Best Move, here.