This week, we’re making end-of-year lists to celebrate the best moments of Survivor in 2016. The Inside Survivor team, including former two-time player Shirin Oskooi, discussed and debated the options and separately nominated four choices in each category. We then tallied those votes to determine the final four nominations for each category.

Here are our four nominations for Shocking Moment of Survivor in 2016. Readers can vote below for their favorite. 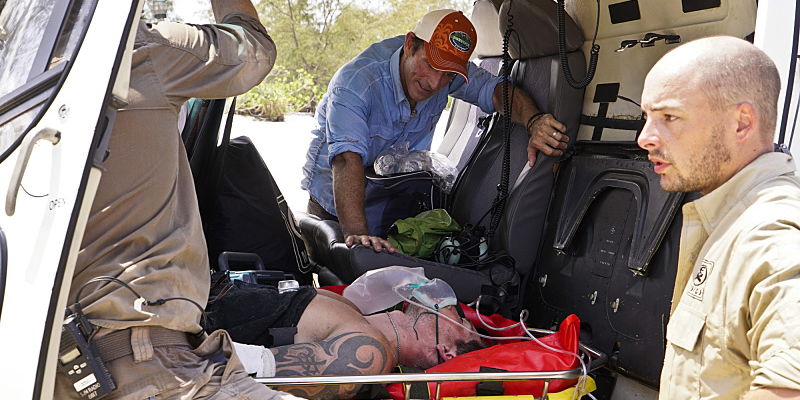 Before Kaôh Rōng had even started airing, we heard about how the season was to be one of the most brutal and punishing seasons of all time. We got a taste of that brutality in the very first episode when a worm crawled inside Jennifer Lanzetti’s ear. It was a creepy sign of things to come. But it wasn’t until the fourth episode when the drama kicked up a gear. During a reward challenge, the three tribes dug through the sand in 120 degrees heat, pushing their bodies to the absolute limit. As time continued to elapse, the sense of dread became palpable, and soon castaways started passing out. Debbie Wanner was the first to fall; her body had overheated and required medical assistance to get her temperature back down. Then as soon as the challenge was over, Caleb Reynolds and Cydney Gillon dropped, causing an unprecedented scene where the entire Survivor crew and medical team descended onto the beach.

While Debbie and Cydney were able to recover well enough to continue, Survivor’s resident doctor, Dr. Joe, determined Caleb was too unfit to continue, and he had to be airlifted from the game. It was one of the scariest and most emotional scenes in Survivor’s history. 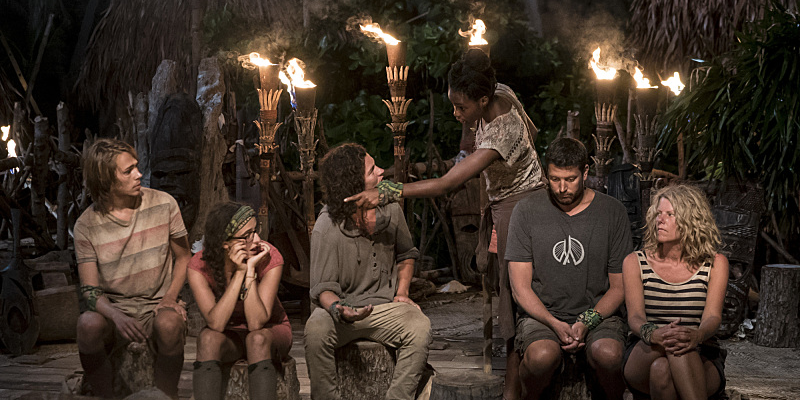 Michaela Bradshaw was one of the breakout stars of Millennials vs. Gen X, entertainingly honest, brash, and a challenge dominator. With the merge approaching, everyone, including viewers, expected her to make a deep run in the game, perhaps going on an individual immunity winning streak. The problem was, Jay Starrett also foresaw that happening and made sure to cut Michaela just before the merge. Despite having a Millennial majority on the Ikabula tribe, Jay, and Will Wahl, started to worry about how much of a threat Michaela would be down the road, and thought the best course of action would be to take her out sooner rather than later. The blindside was so shocking not just because it took viewers by surprise, but because of Michaela’s reaction.

Often, even with big blindsides, players have almost a sixth sense that things aren’t going their way, but Michaela didn’t see this one coming at all. She was extremely loyal to her Millennial four, at least at this stage in the game, and didn’t expect to be knifed in the back so viciously. As Probst read out that third vote and Michaela spun her head around like she was in the Exorcist, we knew this had all the makings of a legendary blindside. “Did you do that?” Michaela asked Jay in her confusion. “I did it. Sorry,” Jay replied, looking into her eyes with a stone cold stare. As Michaela chastised Jay, returned to collect her shoes, and punched a tree on her way out, the moment was certified as one of the most shocking of the season. 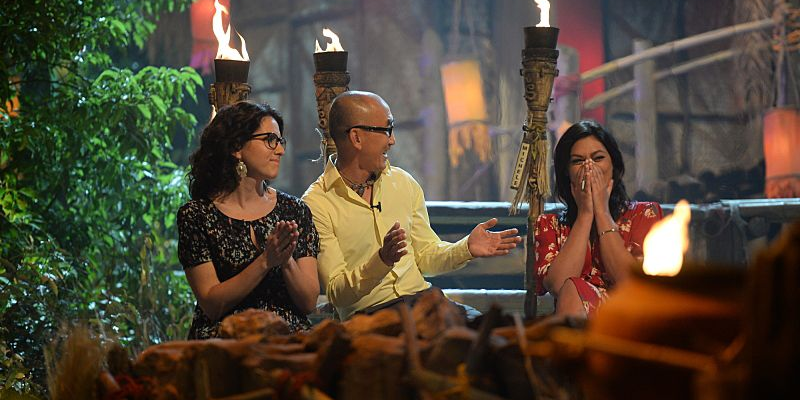 Putting edit talk aside for a moment, not since Natalie White beat Russell Hantz had a Survivor result caused as much controversy and debate than when Michele Fitzgerald beat Aubry Bracco. Following the Kaôh Rōng finale, social media and online message boards lit up with surprise, confusion, and even anger. It’s not about Michele being a deserving winner or not (she clearly is, she had a fantastic social game that secured enough jury votes), it’s about the reaction of the casual audience who were expecting Aubry to be unbeatable. It would be remiss not to include this in the list of shocking moments given the insane fallout.

Of course, those who had been following the edit closely expected a Michele win based on things like air-time and amount of confessionals, but even then, people didn’t expect her win to be against Aubry in the finals – that wasn’t the prediction. Aubry was presented as the biggest threat to win throughout the back-half of the season; her game was better explained compared to Michele’s, where the edit perhaps undersold her strategy, something which Michele has brought up herself in post-show interviews. The fact Michele beat Aubry, handily, was one of Survivor’s most shocking moments of the year. 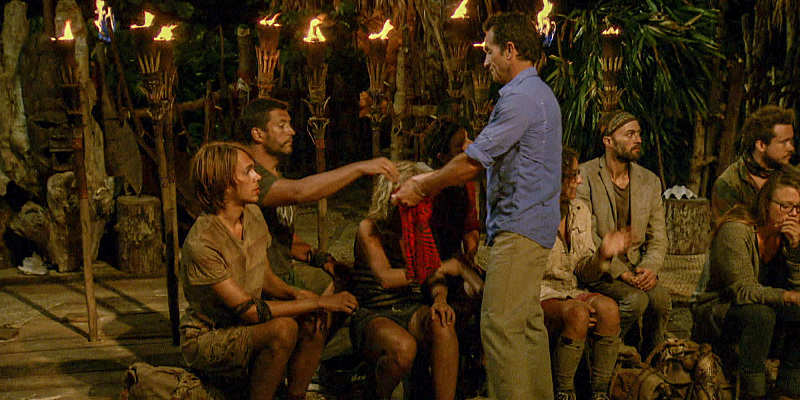 The first time we saw a rock draw was in Survivor: Marquesas, the fourth season of the show, and it took twenty-three seasons to see it again, in Survivor: Blood vs. Water. It’s such a rare occurrence, players putting their life in the game up to chance, that it’s always shocking when it happens. As Probst said, it’s “the ultimate all-in move.” We already touched upon this in our Best Episode write-up, but the rock draw in Millennials vs. Gen X was the culmination of an epic episode which saw two sides going to war. David Wright and Zeke Smith had gathered their armies, and neither side was willing to back down at tribal council, causing two tied votes and the dreaded rock draw. Jessica Lewis was the unlucky person to pull the black rock, the one person most concerned about going to rocks. Jessica’s emotional exit topped off one of the most shocking tribal councils ever.

Check back tomorrow when we will reveal the nominations for our final category, Best Character. Vote on the other categories, including Best Episode and Best Move, here.