There’s no denying that Survivor South Africa: Maldives is a mixed bag for me. On the one hand, the ingenuity in gameplay makes this an important watch for anyone interested in the history of Survivor SA. After all, it’s no accident that Tejan Pillay is being brought back to play in Return of the Outcasts.

On the other hand, the cutthroat strategy is often dulled by players’ righteousness and discussions about who “deserves” to be there, one of my ultimate Survivor pet peeves. Whether or not you agree with this philosophy will likely determine if you’ll enjoy this season or not. Regardless of if you were rooting for the Ultimate Survivor Hykie Berg, the effectiveness of his game is bar none.

The first two seasons of Survivor SA featured “ordinary” South Africans, while the third was a celebrity cast. Production decided to combine the two for season four, or “Celebs vs. Plebs,” as it was referred to on the show. Overall, the theme holds some weight throughout the season, but more often than not, it’s treated as an afterthought. The tie-in with the theme to the history of the Maldives was the high point for me.

Goma was the blue tribe of the pre-merge. Divided into two sides, their strategy was less complex than their rivals but still intriguing nonetheless. Alison de Chazal took advantage of some players’ early dismissal of Sean September and MXO Lokwe and built a majority with them, Simon Coetzer, and Sindi Lukhele, to run the gambit. 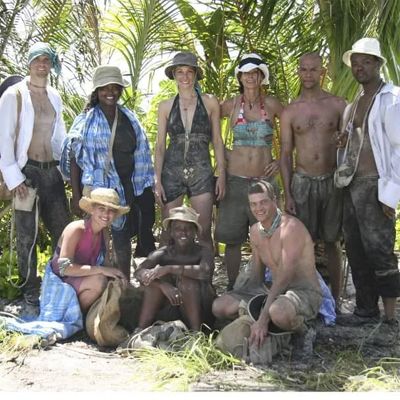 Jacques Terre’Blanche’s quit only made things easier for them, and had it not been for Roxy’s idol play, they all probably would’ve made the merge. This was definitely the calmer tribe of the two, but even they were not without their dramatic moments.

While Goma did not pay much attention to the season’s theme, the plebs on Raituhn thrived on it. Tejan Pillay used the Plebs’ majority and civilian status as justification for voting out the Celebs of their tribe, much to the frustration of Hykie Berg and Bonnie Mbuli. He and his co-pilots, Malusi Mbambo and Letshego Moshoeu, weren’t afraid to deviate from the plan, taking out fellow plebs Tasleem Vally and Harry Wiggins when it suited their goals. Their control in Raituhn was a masterclass in how to play old-school Survivor. 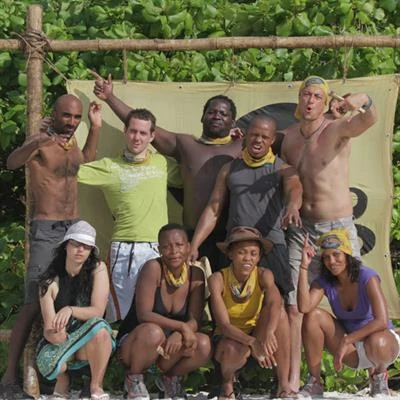 Eku was the merge tribe name, with orange as their color. The second half of the game started off on a high with the vote-outs of Simon, Malusi, and Tejan, all of whom were strong figureheads in the pre-merge. Sadly, the excitement wanes from there, with half of the remaining players worried more about proper game etiquette than what will win them the million rand.

This is another twist that fell flat for most of the season. The Black Cowrie shell was a twist introduced after the tribes were initially formed. This shell is a curse: the bearer of the Black Cowrie receives one vote against them at every tribal council they attend. The only way to stop the curse is to deflect it to the other team. On the other hand, the White Cowrie shell, introduced at the merge, negates one vote against the person of the holder’s choosing. The bearer of the White Cowrie cannot play it on themselves.

Maldives had a very confusing premiere, where all of the Plebs and Celebs were mixed around until only five of them attended the first tribal council. Afterward, the mixing resulted in two new tribes. Raituhn’s Plebs held a 5-4 lead over the Celebs, which Tejan used to his advantage.

Despite his initial friendship with Hykie, he had no problem blindsiding him multiple times to take out players like Tshepo Maseko and Carmel Fisher. He used their celebrity status against them to build an allegiance of Plebs to use when needed. It was a brilliant play and one of the defining stories of the pre-merge.

Harry Finds an Idol… Then Loses It

Only a player like Harry could make Survivor SA history while simultaneously getting the dodo music. He managed to find Raituhn’s idol without any clues, a first in the franchise. Then, just as quickly as he found it, he lost it. Even worse, we got no closure on what actually happened to the missing artifact. The idol was never recovered, and Harry was blindsided before we had any hope of him finding another one. 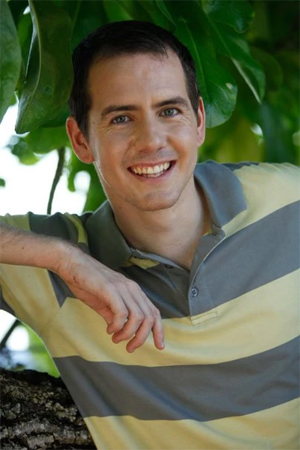 After Goma gave up on an immunity challenge, it looked like a no-brainer for the majority alliance. They agreed to vote out Vanessa Haywood, one of their physically weakest players and a clear outsider. This didn’t sit well with Roxy Burger, who knew she would be the next vote. Little did the ruling group know, Roxy had an idol that she was all too willing to use to keep her ally safe. She stuck to her word and played it for Vanessa, taking out Sindi Lukhele in the process.

With the merge in sight, Harry was confident about his partnerships with Malusi and Tejan, citing his bond with Malusi as particularly strong. Then a double tribal hit, and the pair decided they could no longer work with Harry as they were preparing for the next phase of the game. Their partnership lasted only one more round before Tejan and Hykie teamed up to cut Malusi after questioning his loyalty to them.

The duo of Tejan and Hykie faltered almost immediately after Malusi’s elimination, and Tejan was voted out next. This was by far the most interesting stretch of Maldives, though it was a shame we lost some of our most cutthroat players as a result. 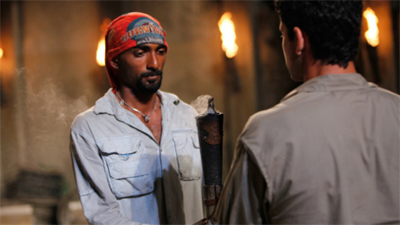 Sean Wins Reward, and the Final Three is Formed

The final six was a crucial time in the game. Things were finally looking up for the trio of Sean, Alison, and MXO after Tejan was voted out, and Letshego had just voted against Hykie at the last tribal. After winning the loved ones’ challenge, Sean decided to take his two allies with him on the reward, leaving Hykie, Bonnie, and Letshego back at camp.

This proved to be a big mistake, as Letshego patched things up with Hykie and Bonnie and found an idol in the process. They promised to go to the final three together and held true to their word as they voted out Sean, Alison, and MXO consecutively.

Your mileage may vary on Hykie as a winner, but there’s no doubt in my mind that his victory was well deserved. He spent much of the pre-merge being blindsided when Raituhn’s Plebs targeted the Celebs, but his game really shone once he reached the merge. 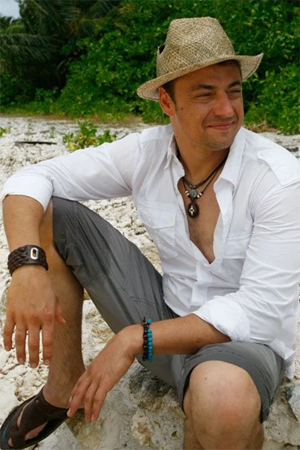 He made the right call aligning himself with Bonnie, whose idol saved him from possibly being voted out over Tejan. He made the right deals at the right times, then discarded them when he no longer saw them as valid. Was it frustrating listening to his rants about playing with honor and integrity? A bit. Was he pandering to the jury? Perhaps. Did he earn his win? Absolutely.

Letshego was a quiet but powerful presence in the fourth season. She was one of Tejan’s closest allies on Raituhn and benefitted the most from his cutthroat tactics. Even when she was on the outs of Tejan’s blindside, she was able to recover quickly by mending her relationship with Bonnie and Hykie. 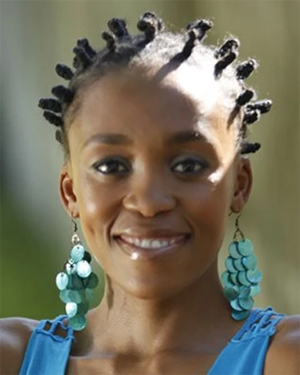 In addition, she had the most impactful idol play of the season at the final six, which solidified her and her allies as this season’s final three. Overall, she played an impressive under-the-radar game; it’s just too bad she didn’t make a better case for herself at the final tribal council.

Bonnie had a strong value system coming into Survivor, and she stuck with it throughout the season. Considering how some of her alliance members constantly wavered on their supposed moral code, this was a pretty impressive feat. She was one of two Celebs to survive Raituhn’s onslaught, and her friendship with Hykie was incredibly sweet. 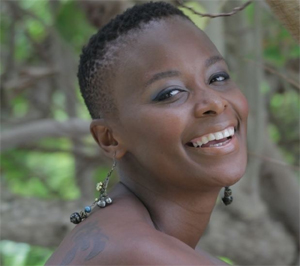 Not only that, but they proved to be an incredibly effective duo at the merge, monopolizing the white cowrie shell, finding an idol, and betraying their original tribemates. I don’t know if she would’ve won against Hykie or Letshego had she made it to the final two, but her importance to the season should not be understated.

In my opinion, there were two overwhelming standouts in Maldives. One was Tejan (who we will get to see play again soon), and the other was Alison. The mother of five was a force to be reckoned with from Day 1. On Goma, she built a powerful alliance of Sean, Simon, Sindi, and MXO with herself at the helm. 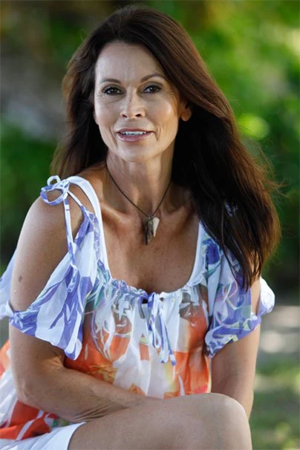 She was treated as an invaluable member to all of her alliance mates, and the edit made it clear that she was the one calling the shots. She ended her game in 5th place after falling on the wrong side of the numbers from twists, but she was a star from beginning to end.

There’s a reason Tejan is the Maldives representative for Return of the Outcasts. From the beginning, Tejan stood apart from his competitors as one of the few willing to backstab and betray when it suited his game. What’s more, he owned up to what he was doing, something not many others were willing to admit. 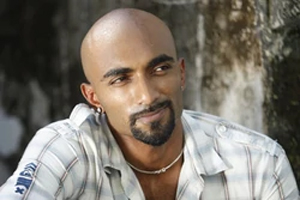 He dominated the pre-merge with his cunning strategy, orchestrating the demise of Raituhn’s celebs. Tejan was ahead of his time, but I’d say his fatal mistake was getting rid of Harry and Malusi, two players who respected his game, over Bonnie and Hykie, who felt he was playing dirty. Either way, Tejan is an icon, and I cannot wait to see him play again.

For better and for worse, Maldives feels like the last “old school” season of Survivor South Africa. Like the seasons before it, there are enjoyable characters and memorable moments. Even with all of the discussions about who “deserves” to be in the game, I’d conclude that it’s still worth the watch for the gems we do get. Now, if you think the twists from this season were crazy, wait until you see what’s in store in the fifth season, Survivor South Africa: Champions.