Former Survivor: Blood vs. Water contestant Ciera Eastin has become the eleventh castaway to be voted out of Survivor: Cambodia – Second Chance.

She originally finished in 5th place (out of 20) in Blood vs. Water, lasting 37 days in the game. In that season Ciera had a big moment when she forced a rock draw at tribal council, this time, Ciera’s game came to an end after another rock decision. 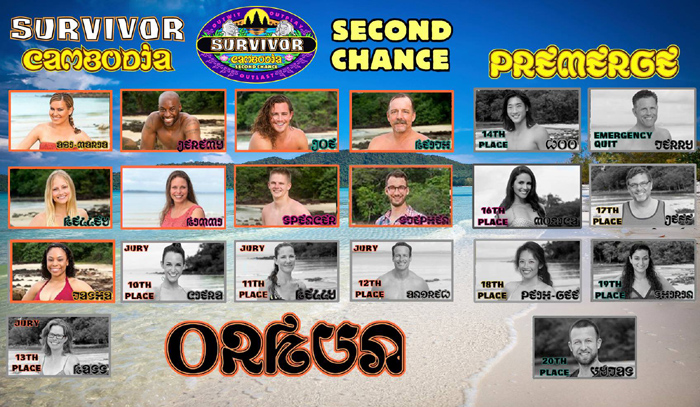