Gen X tribe member Rachel Ako has become the first castaway to be voted out of Survivor: Millennials vs. Gen X.

The 37-year-old recruiting director from Los Angeles, California was eliminated after the Gen X tribe lost the first immunity challenge of the season. Rachel was on the puzzle portion of the challenge and switched out after failing to make any progress. The tribe saw her as partly to blame for the challenge loss which put a target on her heading into tribal council. David Wright also had a target on his back due to his paranoia and the belief that he had a hidden immunity idol.

The Gen Xers ultimately decided to get rid of Rachel, splitting the vote between her and Ciandre “CeCe” Taylor in the event of an idol play. Rachel was voted out 5-3-1-1. She received votes from Bret, Chris, David, Ken and Paul. Jessica, Lucy, and Sunday voted for CeCe. Rachel voted for Sunday. CeCe voted for David. 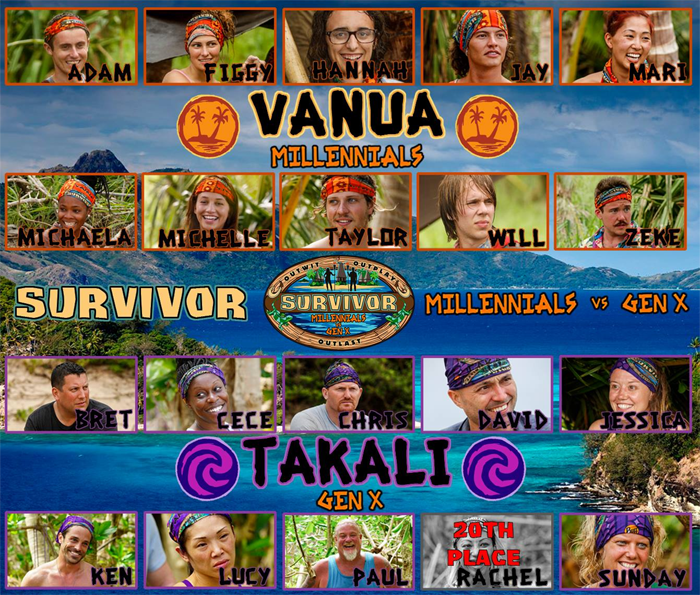 Stay tuned to Inside Survivor over the coming days for episode reviews, Player of the Week, Edgic and more.