Casual Corner will provide a round-up of the best (and by best, we mean worst) comments from the Survivor Facebook page, the mecca for hilarious comments. Stay tuned every week to see how hardcore casuals cope with losing their favorite castaway, gripe about challenges, and oh, so much more.

This week in the Land of Casuals was high-strung and highly dramatic. After the premiere, most casuals focused their posts on the theme, reminding us all how annoying both Millennials and Gen X can be. This week, casuals divided their attention between a few different focal points in the episode. To add a cherry on top, Sia’s “I love Tai” prize was finally disbursed, inducing Kaoh Rong Reunion show PTSD for superfans everywhere, but inciting comments from casuals everywhere.

So, without further ado, I bring you…Casual Corner.

First, we’ll start with Gen X. Most comments regarding the Gen X tribe focused on David and Ken, the Dr. Jekyll and Mr. Hyde of power couples.

I bet your first thought is that this was a spillover comment from the last episode. Nope. Just a person who thought that David (a member of Gen X) should have been voted out at the Millennial tribal council. 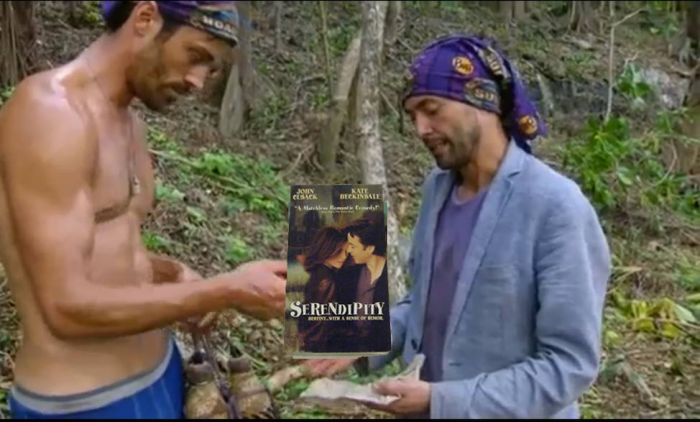 I like to imagine a world where this casual thinks that David and Ken built an alliance around a VHS copy of the 2001 romantic comedy Serendipity, starring John Cusack and Kate Beckinsale, instead of the Hidden Immunity Idol.

Does this casual just zone out as contestants chop coconuts? I imagine they must’ve been in a full trance watching Ken catch that octopus this week. Speaking of Ken’s octopus (and no that’s not innuendo after the censorship department took the last episode off).

On the topic of food, I think this is the perfect time for our next comment. It was announced this week that Sia finally donated the money she spent nearly half of the Kaoh Rong reunion talking about. I love her music, but damn, I hate her as a Survivor fan.

Now this is how you make a difference in the world folks.

And now, we move to the Millennials, our favorite dumpster fire in terms of camp life and drama.

I’m lucky that these two comments were right next to each other because this is how polarized this week’s comments were. This next section is dedicated to the steamiest relationship the Millennials have to offer outside of Jay and a mirror.

Some comments were nice. A lot more were really derogatory. I’m not about perpetuating that. This casual, however, didn’t know what they were wishing for, as Figgy’s name came up far more than ten times throughout the comments.

I’m not sure this is a twist, just more how the game is actually played. I have a hunch that if Figgy votes Taylor out, men everywhere won’t change a bit.

Of the very few comments directed toward Taylor, this is the weirdest. Of course, the potato capital of the United States is universally disappointed in a man that lists “traveling to North Dakota” as one of his most venturesome life achievements.

What the actual f—k?

While I try to erase that last comment from my brain, let’s move on to the saltiest (see what I did there) topic of the week – Mari’s blindside.

Mari’s blindside ruffled feathers everywhere this week. Not only were Mari’s Smosh fans disappointed, but most were also, rightfully, a bit peeved when the first two boots were minorities. Very few of these were actually good. I read far more than I should have only to tell you that Mari is revered as a r.obbed g.oddess. 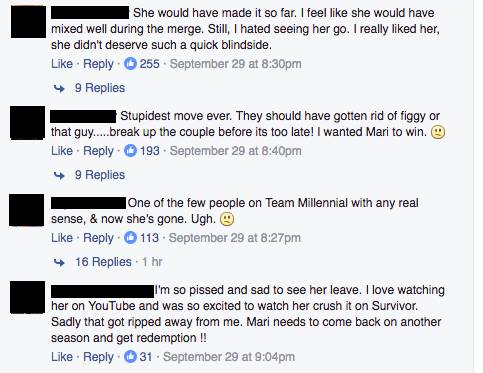 This is just a small sampling of the comments. A few fun ones slipped through the cracks.

1) Just because Lucy hasn’t gotten any screen time, doesn’t mean that you can just forget that she is still in the game.
2) See exhibits A and B. 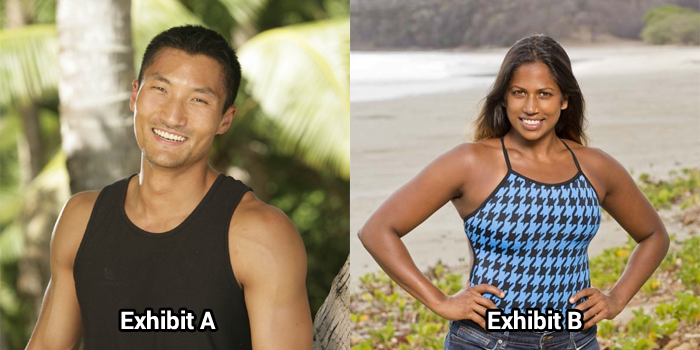 And now, my favorite section. Think of this as a lightning round where the theme is no theme.

Last week, we had to turn down this music. This week, we’re getting rid of tribal commentary. Casuals say the darndest thing!

Thank you for joining us on this week’s edition of Lessons from Ye Olde Times.

Someone must be all hyped up on their Pumpkin Spiced Latte if they think that I even remotely care what their favorite season is.

This is about as geographically sensitive as Pitbull a.k.a. Mr. Worldwide only singing about Miami.

Somewhere Dr. Joe’s heart breaks into a million little pieces as everyone’s first thought was about how confusing Mana will be. 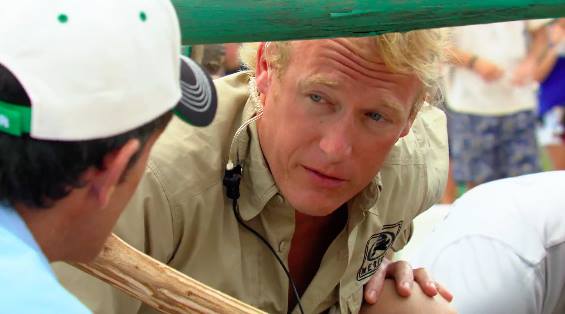 This was 100% unprovoked. Some people are just weird.

I’m not sure what I’m more upset about, that we’re now getting Parvati references or the fact that you turned her into an Italian opera singer.

Thanks for reminding me that our country is doomed.

And now (insert drumroll), my favorite comment from this entire week.

Next year, when Coconut turns 18, I fully expect him/her to apply for the show. If I am on the same tribe as Coconut, you bet your bottom dollar I’d make a final two deal with him/her.

Join us again next week for more Casual Corner.