Here are our four nominations for most Shocking Moment of Survivor in 2018. Readers can vote below for their favorite. 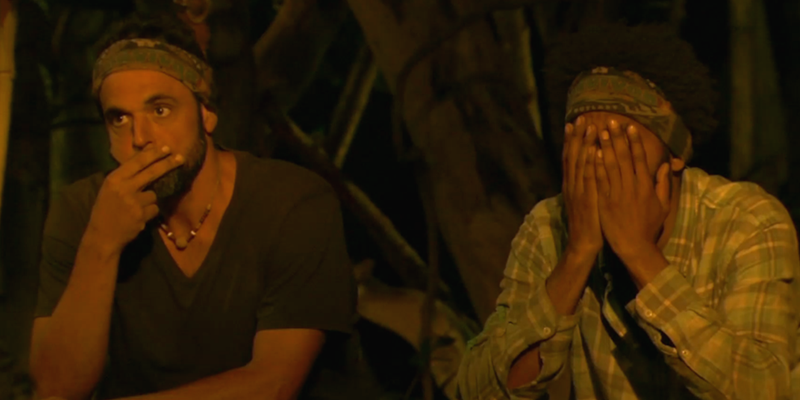 For years, Survivor fans wondered what would happen if the Final Tribal Council ended in a tie, and in Ghost Island, we finally got that answer. It was a dramatic conclusion to an otherwise predictable season and one that retroactively made sense of the overwhelming focus on Dom and Wendell throughout the preceding weeks. Dom and Wendell were so dominant and evenly matched that even the Jury couldn’t decide who deserved the Sole Survivor title. For the first time since Borneo, Probst announced that he would read the votes there and then, revealing that the two former Naviti members scored five votes apiece. Cue jaws hitting the floor. Then, in an ironic twist, the player who avoided making a big move all season, Laurel, would ultimately have to make the biggest move of the game: unambiguously deciding the winner. 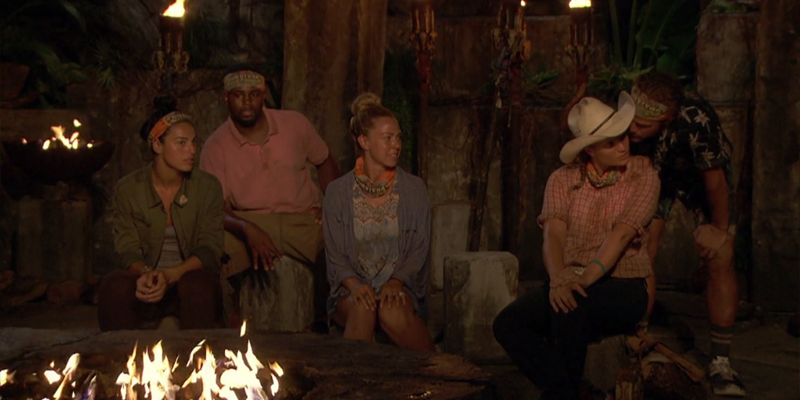 The tribe swap in David vs. Goliath put the former Davids in a perilous position. Outnumbered 3-to-2 on each tribe, it was another uphill battle for the underdogs of the season. Things looked especially rough for Davie and Elizabeth on the new Vuku tribe. Not only were the numbers against them but with Carl returning from Exile after the next vote, it seemed unlikely the three Goliaths would willingly give up their numerical advantage. Then in stepped Alec. Not content with playing a “Goliath-strong” game, and growing increasingly irritated with Natalia, Alec stood up at Tribal Council and started whispering in Elizabeth’s ear. The panic on Natalia’s face said it all: what the hell was going on?! Despite protestations that everything was fine, when the votes were revealed, Alec had flipped, sending home a seething Natalia and handing the numbers to the Davids. 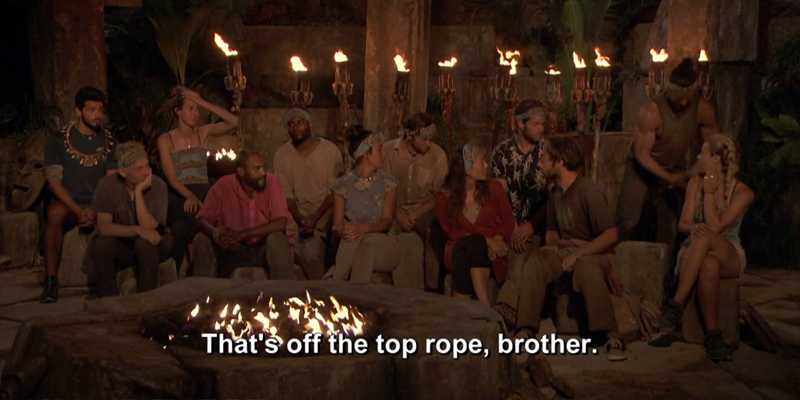 John is sent to Slamtown (7 nominations)
Survivor: David vs. Goliath

We’ve talked a lot about this astonishing vote in the Best Episode and Best Move write-ups. There isn’t much more to say other than that John going home was most definitely a shock to the audience. While there were little hints dropped throughout the episode, such as John’s guarantee of a #BrochachoBlindside, the edit cleverly kept the attention away from the Mayor of Slamtown. When Probst flipped over that first vote for John, it took the Goliaths and the viewers by complete surprise. A rare double-blindside, fooling the players in the game, as well as the fans at home. 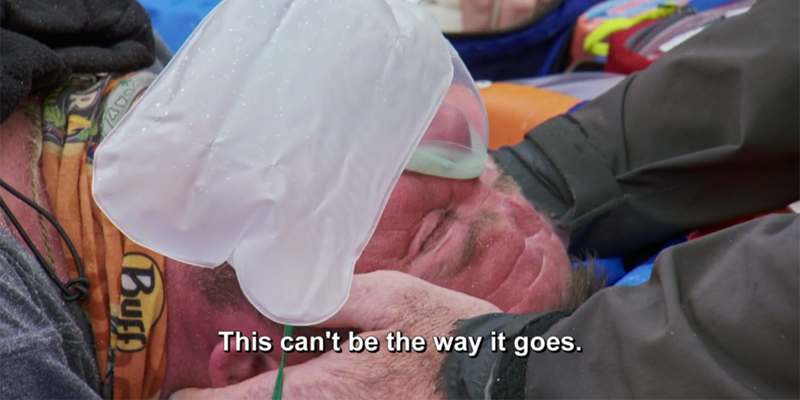 There have been many medical evacuations on Survivor over the years, but there was something so distressing and visceral about Pat’s exit. The editing of the scene probably played a huge part in the shock factor. It came at us out of nowhere. A return from commercial break was met with lightning strikes and crashing waves. Then, in the distance, crew members running up the beach with a stretcher. It was disorientating. We soon found out that Pat had taken a fall on the boat ride back to camp and was suffering serious back pain. The blue-collar New Yorker, a man who embodied the David team spirit, was wheezing in agony, begging Probst not to take him out of the game. It was certainly a shocking way to end the premiere of David vs. Goliath and kicked the season off in a big way.