2018 has been one hell of a year for Survivor. Things started a little slow with the underwhelming Ghost Island, which was marred by a lopsided edit, frustrating gameplay, and a time-consuming twist, but the late spring and summer months brought us an incredible trio of international seasons. Survivor New Zealand fixed its teething problems in its stellar second outing, Survivor South Africa unleashed one of the most bonkers seasons of all-time and Australian Survivor’s Champions v Contenders delivered a highly competitive post-merge game. And let’s not forget Austin Trupp’s exceptional Survivor Maryland: All-Stars.

Not to be outdone by its foreign (and fanmade) counterparts, Survivor US finished the year strong with the refreshingly vibrant David vs. Goliath, a season many were declaring as one of the best ever before it even reached its conclusion. David vs. Goliath featured a charismatic cast bubbling with energy and exciting editing flourishes which breathed new life into a show which had been dragging its heels in recent years.

This week we’re going to be posting end-of-year lists to highlight the best, funniest, and most shocking moments of Survivor in 2018. Most of the categories relate to Survivor US, as, despite the incredible international seasons, the majority of our readership is here for the US content. There is, however, a category for Best International Character. The Inside Survivor team, including Millennials vs. Gen-X‘s Sunday Burquest and Australian Survivor’s Tessa O’Halloran, separately nominated four choices in each category (six in the Best Character categories). We then tallied those votes to determine the final four nominations for each of those categories.

Here are our four nominations for Best Episode of Survivor in 2018. Readers can vote below for their favorite. 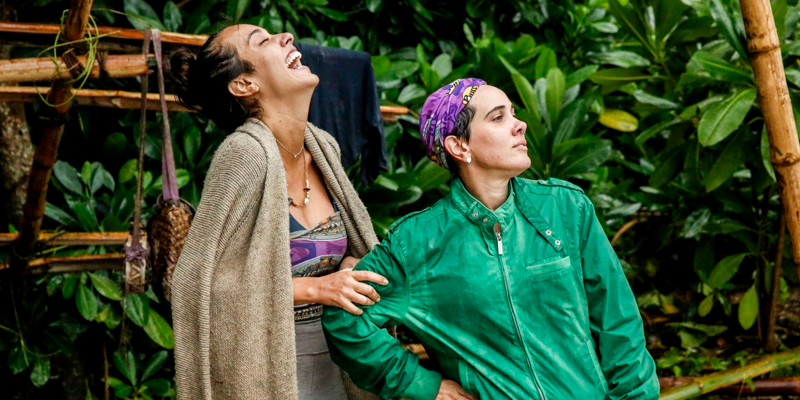 “Jackets and Eggs” is such an unusual episode title that even before it aired fans were anticipating something a little different, and boy, did they get it. Across the first four episodes, David vs. Goliath had already received plaudits for its colorful cast and improved editing, but the fifth episode is when the season jumped from good to great. Undoubtedly one of the funniest installments in the show’s 18-year history, “Jackets and Eggs” was bubbling with personality from start to finish.

There were no #BigMovez or flashy idol plays, this was an episode powered by character, whether it was Christian being sworn in as an honorary Brochacho, Kara’s recovery following Alec’s blindside of Natalia, the glorious downfall of Natalie Cole, or the star-making performance from Angelina, whose attempted jacket-heist became an instantly iconic moment. “Natalie, can I have your jacket?” is a line that will live on in Survivor lore for eternity. 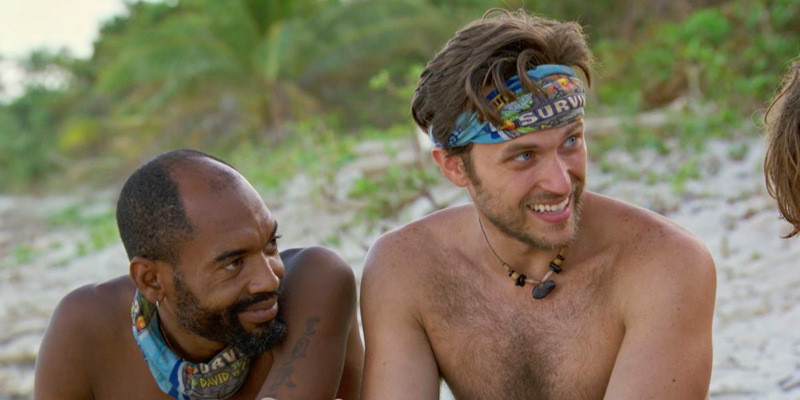 The ninth episode of David vs. Goliath is probably everything the producers dreamed of when they first scribbled the idea for this theme on their whiteboard. It’s like the Mighty Ducks of Survivor episodes. As Austin Smith said in his episode recap, “In a season built on the Biblical battle between the brash Goliath and the clever David, Survivor’s Davids had found themselves with ample ammunition for their sling.”

Idols and Advantages have become a drag in recent years, especially when the same players hog them for the majority of the game, like in Game Changers and Ghost Island. It’s a testament to the cast of David vs. Goliath that they managed to inject a sense of fun back into the Advantages, and that was due to their willingness to share information and take risks. The scene where the five Davids reveal their secret powers to each other is pure joy. The rootable underdogs loaded up their sling and took down the Goliath kingpin, Dan, nullifying his idol play with a satisfying “Bing!” and evening up the numbers for the first time since the premiere.

Not to be forgotten in all this is Christian’s humorous idol search, where the episode gained its delightfully nerdy title. In a prime example of this season’s playful editing, the Robotics Scientist’s analytical search for the idol was complimented with on-screen graphics mapping his movements. 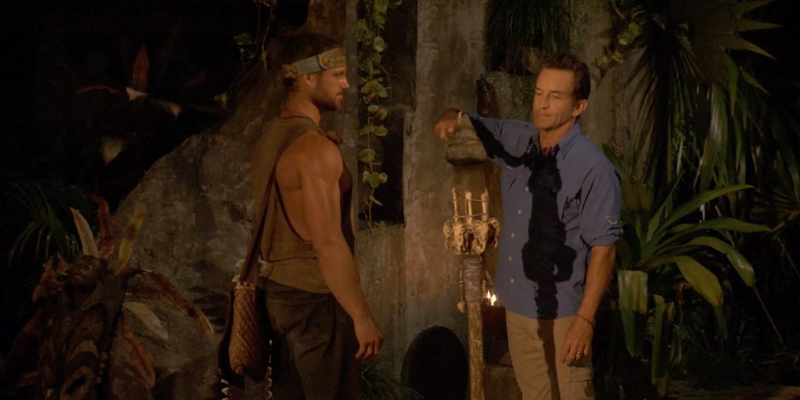 Before the Rocky-style comeback of “Breadth-First Search,” the Davids were in a precarious position; outnumbered 7-5 and unable to gain traction with the wishy-washy Goliaths who were uncommitted to a cross-tribal alliance. To survive the impending Goliath-steamroll, it would require some expert cunning and stealthy maneuvering.

The move the Davids pulled off was nothing short of miraculous, not only blindsiding one of the strongest Goliaths in the game but shocking the audience in the process. Davie played his idol for Christian, which in turn caused Dan to play his idol for Angelina, and it appeared we were heading toward a deadlock situation. But the Davids had planned for every possible countermeasure, and in a Survivor first, the underdogs successfully split the minority vote, delivering a #BrochachoBlindside to both the Mayor of Slamtown and the viewers at home. 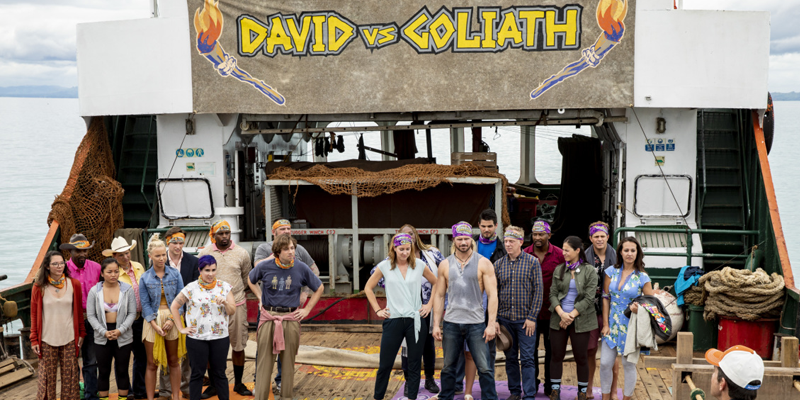 From the very start, there was something reinvigorating about David vs. Goliath. The 90-minute premiere set the tone for the season, a raw and unconventional episode that packed an emotional punch. It was colorful and captivating and brimming with character-driven storytelling. A million miles away from the grey palette of the Ghost Island opener earlier in the year.

The screentime was far better balanced, with all 20 players receiving at least one confessional. No time was wasted on elaborate twists or complex game mechanics; instead, the episode delved into the powerful personal stories of this new cast of characters. On top of that, the editing adopted a newfound cheekiness, including the hilarious time-lapsed Christian confessional and Dan’s out-of-sequence idol find.

It all culminated in one of the most unorthodox and frightening scenes in recent memory. A return from commercial break was met with lightning strikes and crashing waves, and then, suddenly, members of the production crew running up the beach with a stretcher. It was disorientating because it was so out of the norm. Pat, the show’s pre-game poster boy for the David tribe, had taken a fall on the boat ride back to camp and had to be medically evacuated. It was a gutwrenching and brutal moment, but it set David vs. Goliath off with a bang.

Check back on Wednesday when we will reveal the nominations for Best Character.