Here are our four nominations for Best Move of Survivor in 2018. Readers can vote below for their favorite. 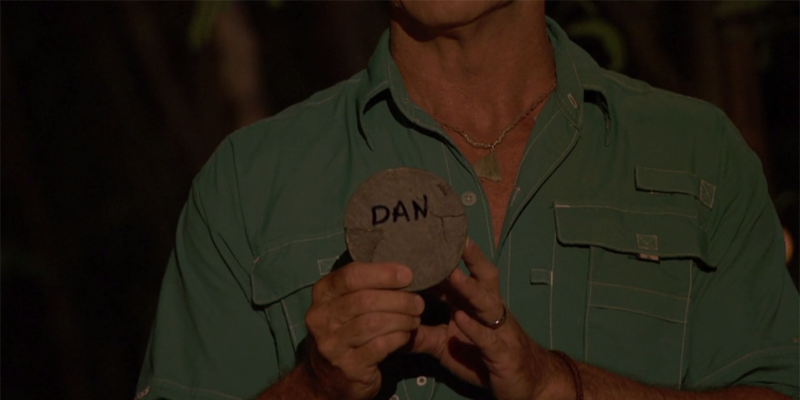 The Davids had just pulled off an incredible sneak attack on the Goliaths, taking out their powerhouse John, but they were still down in numbers. And so, Carl, Christian, Davie, Gabby and Nick gathered on the beach to plot their next plan of action. Armed with advantages, including a Vote Steal and the brand new Idol Nullifier, the Davids shared information and loaded up their slingshot. At Tribal Council, Nick used his Vote Steal on Alison, scaring Alec and Kara into flipping their votes to Angelina, while Carl played his Nullifier on Dan, voiding his otherwise well-timed idol play. Some might say the Davids didn’t need to play both advantages here, but in the position they were in, it’s always best to go for the safe option. Carl’s use of the Nullifier guaranteed that Dan would be “Binged!” from the game no matter what happened. In terms of a first-time advantage being played correctly, it doesn’t get much smoother than that. 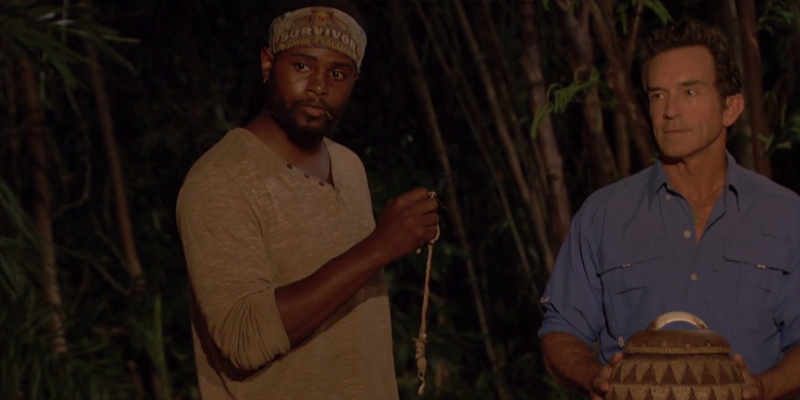 The vote in the episode before the Nullifier play was perhaps even crazier. The Davids were outnumbered 7-5, the Goliaths wanted Christian out, and all hope looked to be lost. Then, thanks to Alec’s loose lips, a miracle happened – the Davids pulled off one of the stealthiest moves of all-time. It started with Davie making a bold play and using his idol to protect Christian. But that wasn’t all. The Davids planned for every possible Goliath counter attack. Their expectations that a Goliath would play an idol were fulfilled when Dan used his on Angelina. At that point, with votes going towards Angelina and Christian, we looked to be heading into a deadlock situation. But the Davids had prepared for that too, and in a Survivor first, the five underdogs successfully split the minority voting, throwing three of their votes onto John, sending him to Slamtown in a true blindside. 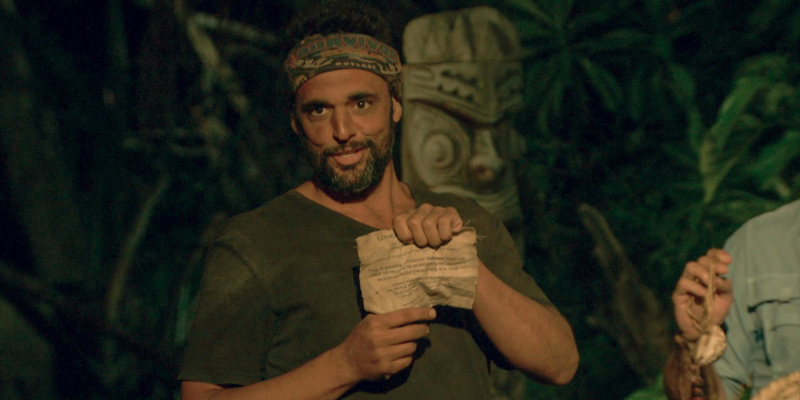 Dom’s play at the Final 6 of Ghost Island is a controversial one. It was a move both brilliant and brash, and while it worked perfectly in the moment, it may have been the play that ultimately cost him the game. Heading into this Tribal Council, Dom had learned that Sebastian was plotting with Angela and Donathan to blindside him. Sea Bass was armed with an Extra Vote, so the move would certainly have been possible had Angela not spilled the beans. At Tribal, Dom scared everyone back in line with a creative bluff, handing his fake idol to Probst before the vote and asserting his safety. It was an act that required showmanship and nerves of steel, and it worked, Sebastian not only shied away from calling Dom’s bluff but also passed on his last opportunity to use his Extra Vote. This was a beautiful play, but the showboating distraction tactics came across as unnecessarily aggressive and lost him a crucial vote at the Final Tribal. 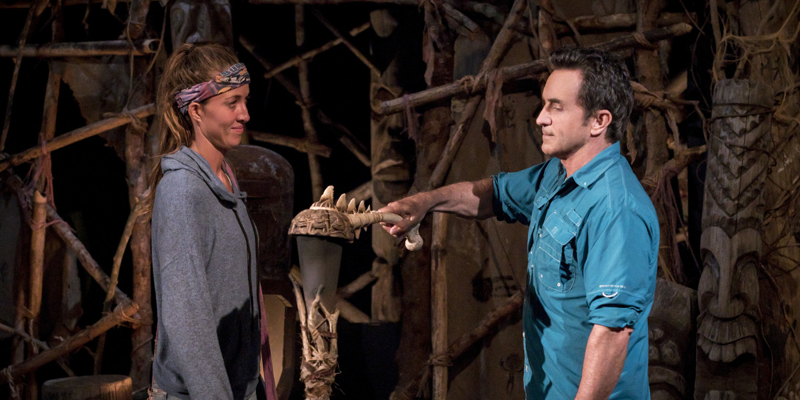 The only “pure” vote on this list, what the former Malolo tribe members pulled off in the third episode of Ghost Island was a rare cutthroat pre-merge power move. Donathan, James, Laurel and Libby found themselves as crucial swing votes on the tumultuous New Naviti tribe. The old Navitis were divided, thanks in part to the rivalry between Dom and Chris Noble, and so the Malolos seized the opportunity to take out an unsuspecting cog in the machine. With Angela being targeted by her old tribemates, and Chris Noble on Ghost Island, the Malolo 4 put their votes on Morgan, a social threat who was in a tight trio with Dom and Wendell. It was a brilliant play that drove a deeper wedge between the remaining Naviti players and gave the old Malolos plenty of leverage to play with moving forward. In a season where Naviti ended up dominating the entire game, it’s nice to remember this one superb Malolo victory.

Check back tomorrow when we will reveal the nominations for Funniest Moment.