Here are our four nominations for Funniest Moment of Survivor in 2018. Readers can vote below for their favorite.

Not since Holly Hoffman filled Dan Lembo’s $1600 alligator shoes with sand has an item of clothing caused so much drama on Survivor. Jacket-Gate was the perfect comedy of errors. Angelina wanted to vote out Lyrsa, but she also wanted her “Members Only” jacket, and so, she sent Natalie to do her bidding like some sort of cartoon henchman. The failed jacket heist became a major topic of conversation at Tribal Council, with Angelina deflecting and Natalie hilariously repeating the refrain “I’m in sales,” as if that was a valid defense of her actions. In the end, Natalie had her torch snuffed, and Angelina’s pleas for warm clothing echoed into the night. The moment was so iconic that Lyrsa commemorated it by having it tattooed on her arm. 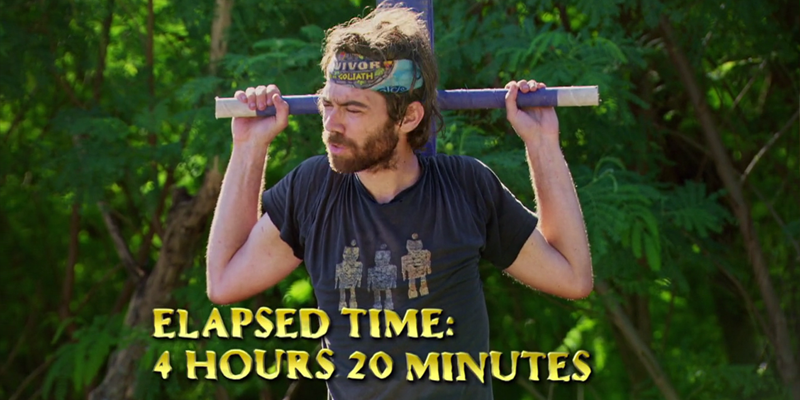 If there is any challenge that CBS should release the raw footage for it is the epic endurance challenge in the tenth episode of David vs. Goliath. Not only did Alec and Christian push themselves to the limit in an intense five-hour showdown, but Christian turned the event into a kind of scatterbrained Ted Talk. While Alec struggled to maintain his composure, Christian amused/annoyed Probst and his fellow tribemates with a range of stories, covering everything from exoskeleton research to Reuben sandwiches to beard growth. The time-lapsed montage and shots of Alec’s tortured expression only added to the hilarity. 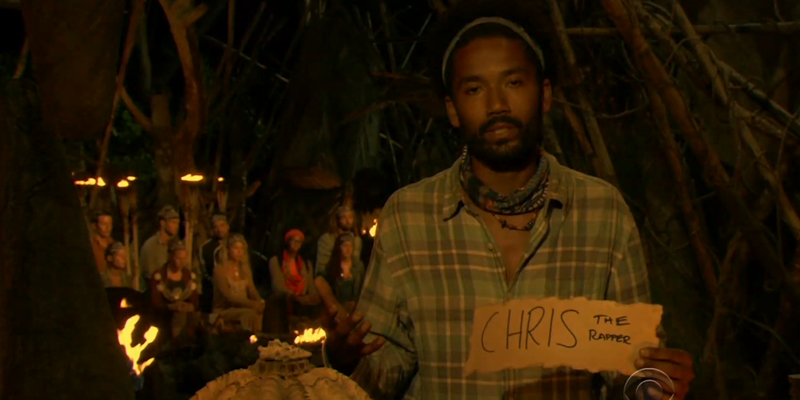 There have been many classic voting confessionals over the years, but Wendell’s no-holds-barred diss to wannabe-rapper Chris Noble may have taken the crown in Ghost Island. It was like the Pusha T versus Drake of Survivor. Rather than talk about why this moment was so funny, I’m just going to quote the Ghost Island winner himself: “We won a lot together, so respect for that, but socially you don’t know what you’re doing. I hope you stop saying ‘I’ so much. I hope you start listening to people. Oh yeah, and finally, somebody had to say it. I’ll say it: stop rapping. You’re trash. At rapping. You’re garbage at rapping. You can’t rap. You have no bars. Put the mic down, bro. Put the pen down, bro. Use an eraser.” 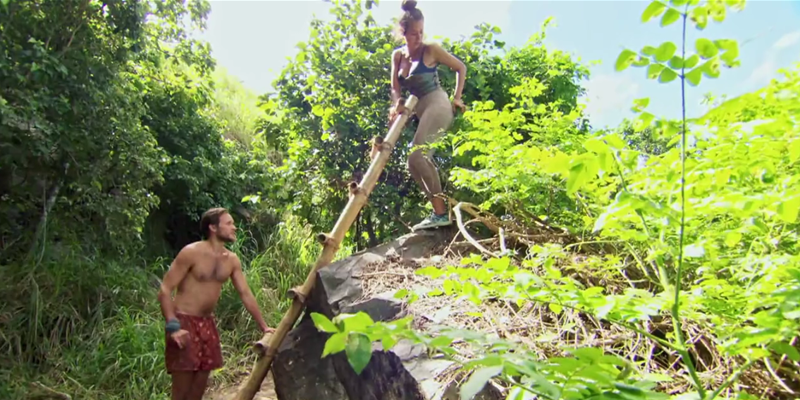 After 13 years of hidden immunity idols, it’s become difficult to make an idol search entertaining. Watching people on a scavenger hunt is not exactly riveting television. It’s a testament to Angelina (plus Mike & Nick) that the final idol search of David vs. Goliath was not only highly compelling but frickin’ hysterical. Since the premiere, Angelina made it clear she wanted to help boost the stat of women finding idols. She finally got that chance in the finale, and boy, did she make hard work of it. Firstly, she had to lug a bamboo ladder around with her. Then she lost the clue. She then climbed what she later claimed to be a 100ft cliff and got trapped at the top. When she almost got caught, she put on the fake tears and feigned a back injury. It was already priceless, and that was before a wine-swilling Mike joined the search and started calling tree branches “bitches.”

Check back tomorrow when we will reveal the nominations for Shocking Moment.