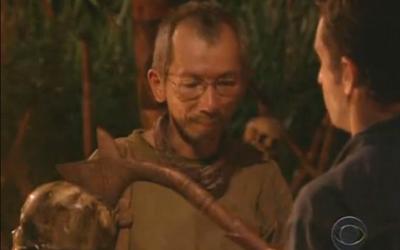 From the moment he stepped onto the beach, Yau-Man Chan stood out in the best way possible. Instantly likable due to his humble nature and high intellect, Yau proved he was more than meets the eye almost immediately, like when he used the power of science to bust open a crate (which the macho beefcake guys couldn’t open). Self-conscious about being the old guy, Yau immediately used his strong work ethic to weave his way into the majority. Once he was in, he was off, playing one of the most strategically out-of-the-box games Survivor has ever seen, all while displaying some truly surprising challenge strengths. His final gambit was one for the history books, and ultimately what lands him in the Day 38 Club, but it was a heck of a ride to get there.

From early on in Survivor: Fiji, Yau-Man found two things he could rely on in the game: his alliance with Earl Cole and the hidden immunity idol. Yau-Man and Earl clicked instantly, and would be on the same wavelength strategically every step of the way. In fact, it was because of a tag-team effort with Earl that Yau was able to find the idol. While Earl led everybody else away from camp, Yau was left to dig, leading to arguably the greatest idol discovery scene in the show’s history. Yau’s goofy jubilation is an excellent example of just how genuine and likable he was, endearing the audience to him even more.

When he was not making growl noises and excitedly shaking, Yau-Man had a great ability to remain calm under pressure, which proved useful when he was interrogated about the possession of his idol. That ability to stay calm proved particularly useful when he was in the hot seat at the Final 6, after picking up some “bad vibes” throughout the day leading up to tribal. Those troublesome feelings would go on to be correct, as Yau-Man became the first person ever to play a hidden immunity idol to save themselves (under the current idol rules) at the next tribal council.

The need to play the idol stemmed from one of the most ambitiously crazy moves in Survivor history, when he negotiated a newly won truck with “Dreamz” Herd, in exchange for the Final 4 immunity if Dreamz so happened to win it. Dreamz tried to get rid of Yau at Final 6, but Yau foiled that plan. Fast forward to the Final 4 and Dreamz won the final immunity challenge, setting up a big decision for him. All of Yau-Man’s observations and strategic thinking led him to believe that Dreamz would uphold his end of the bargain, but ultimately, he didn’t. Dreamz reneged on the deal, at which point Yau’s best buddy Earl had to turn on him as well, sending Yau-Man out of the game on Day 38.

Yau’s final moment of the game makes him one of the most sympathetic characters in Survivor history, but he handled it with the true grace and dignity of a man his age, never once feeling regret or bitterness towards Dreamz. Still, it was an incredibly risky move, earning Yau-Man a place in the history books as one of the most daring and strategically creative players to ever play the game. 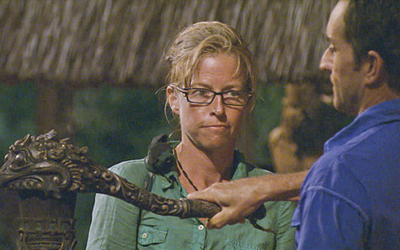 Nobody in Survivor history has ever quite embraced being an agent of discord like Kass McQuillen. The self-proclaimed “Chaos Kass” seemed to relish throwing wrenches into other people’s plans for her own amusement, just as much as for the (alleged) betterment of her own game. Throughout the game, Kass unabashedly avoided the “older mom” archetype so many women her age find themselves in, wanting to play a more devious game than players in that role typically do, and boy did she succeed. Kass screwed more than her fair share of people’s games and had fun doing it, all the way up to Day 38.

Kass made her most infamous move at the merge, helping to create one of the greatest merge episodes in Survivor history. Her tribe merged up in the numbers 6-5 and looked primed to wipe the minority alliance out on by one. However, one of her tribe members, Sarah Lacina, had ties to both tribes and openly flaunted her power as the swing vote. Never having trusted Sarah in the first place, Kass was not content to let Sarah so obviously play the middle; believing her own spot in the alliance was crumbling while the rest of her allies were catering to Sarah. So, she set about to change the situation. After chatting up some of the people on the other side, Kass decided to flip, sending Sarah out of the game and dooming all of the other members of her former alliance.

Whether Kass made the right move for her game at that moment is ultimately irrelevant in the grand scheme of the season. It’s Kass’ resolute belief that she made the right move, and having the fearlessness to pull it off, is what makes her such a great Survivor character. That fearlessness also came into play with her personal relationships, as Kass was not afraid to get into it with anybody. What was remarkable was that during any confrontation, Kass was an expert at staying calm, only flashing her signature Kass smirk as she stood her ground. Kass had two main nemeses she liked to engage with in this way: Spencer Bledsoe, whom she picked on like the neighbor kid until he threw his hands up in the air in despair; and Tony Vlachos, whom Kass provoked so much he memorably blurted out llama-speak in agitation.

Kass just had this polarizing effect on people, alienating them wherever she went, which seemed to make her an ideal Final Tribal Council goat. She seemed like such a slam dunk easy opponent to beat that it would have taken a huge blunder on the part of somebody else for her to end up on the jury. Unfortunately for her, that blunder happened. Tony, Survivor madman that he was, pulled off one of the craziest con jobs in history by convincing his apprentice Woo Hwang, who had won the final immunity challenge, to bring him to the Final 2. Woo’s mistake took Kass’ presumed Final Tribal spot away from her and sent her out of the game on Day 38. While it would have been great to see Kass argue her game in Final Tribal, she still had an incredible run and helped make Survivor: Cagayan into the top tier Survivor season that it is today. 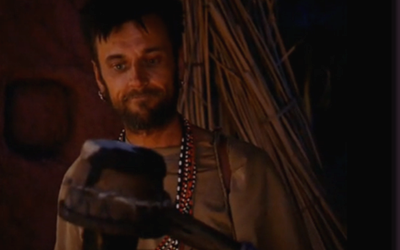 Part rock-and-roll rebel, part sympathetic father-figure, Lex van den Berghe played Survivor: Africa with his heart on his sleeve. Immediately establishing himself as a leader, Lex stepped into the game wanting to play hard and play honestly. That approach was put to the test, even during this early era of Survivor, as Lex’s desire to be straight-up with people got in the way of playing a successful strategic game. Despite those shortcomings, Lex’s gusto and drive for the game made sure he was almost always driving the action, dealing with the consequences as the season went along.

Lex’s style of play proved so problematic at times that it almost got him voted out. During the merge vote, Lex received two votes cast against him; one from the person they just sent home, which he expected, and another that he did not see coming. These votes set Lex on the warpath determined to smoke out the snake in his midst and send them out of the game. In his gut, he knew who it was; Kelly Goldsmith, an original tribemate whose relationship with Lex had grown strained.

Turned out, unbeknownst to him, Lex and his gut were wrong, but the damage was done. Kelly was so turned off by Lex’s witch hunt that she flipped to the other side and led the charge to get him out. It was only by the grace of Lex flipping one of the opposition that he avoided going home by a 5-4 vote at the Final 9. After that vote, instead of pulling back after flirting with disaster, Lex continued to play all out, dominating in the challenges and calling all of the shots, making no attempt to curb his aggressive style.

Amidst that aggressiveness, Lex was never arrogant or villainous like other people who have found themselves in that role. Look no further than at the Final 5, when he won a reward where he got to deliver a truck full of medical supplies to a nearby hospital. A moment like that is designed to pull at the heartstrings, but it’s helped because Lex, naturally effusive with his emotions, was genuinely moved by all of the good work the hospital was doing and ruminated about how fortunate he was in his life. It’s a moment very few people, let alone Survivors players, ever get to experience, and Lex injected it full of sincerity.

That combination of empathy and rock-and-roll style is what made Lex one of the breakout stars of the season, and ultimately what caused his demise. Upon losing the final immunity challenge, there was no denying how dominant a presence Lex was and, despite his gruff and paranoia, how well liked he was, which made him a huge endgame threat. So, he was voted out on Day 38, leaving the game with the same exuberance he had when he first set foot on the plains of Africa.