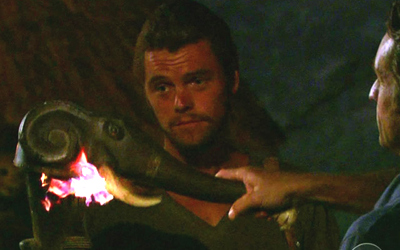 While not the worst player in the Day 38 Club, Matty Whitmore may be the unluckiest, undergoing both a rough start and an extremely rough finish. In a season with multiple swaps, Matty was the only player to remain a member of the Fang tribe, one of the most dysfunctional and abysmal tribes in Survivor history. Then, near the very end, with a spot in the Final Three in sight, the rug was pulled out from under him when his “closest ally”, Jessica “Sugar” Kiper, forced a fire-making tiebreaker at the Final Four.

Through it all, though, Matty maintained a positive and cheerful attitude during those bleak times. Seemingly just a typical California surfer dude-type on the outside, Matty’s laid-back demeanor proved useful in the game, as he was able to go with the flow when the tides started to turn against him. The first time that the tribes swapped, Matty was on the outs, but his chill nature allowed him to ride out that portion of the game. He didn’t have the same luck after the second tribe swap but got himself a stay of execution after single-handedly winning immunity for his tribe when his butt was on the line. That win sent the other tribe to tribal council, the aftermath of which prompted a reaction from Matty that helped contribute to the greatest Survivor gif of all time.

That huge response from Matty further illustrated how honest of a guy he was. Always wearing his emotions on his sleeve, Matty reacted genuinely in any situation he was in, game or otherwise. Whether staring in awe feet away from an elephant or breaking down in joyful tears after proposing to his girlfriend during the family visit, Matty exhibited raw emotion throughout his entire time during Survivor: Gabon, which made him a fun person to watch.

In the game, Matty was almost always a number at the majority’s disposal rather than the one calling the shots. However, that genuine quality of his proved useful towards the end when Sugar, one of the most emotionally volatile people to ever play the game, decided that she wanted to play with honest, genuine people like himself and Bob Crowley, rather than the snakes that were on the other side.

If not for Susie Smith winning the final immunity challenge, Matty would have been sitting in the Final Three with Bob and Sugar with a great chance to win. Unfortunately for him, Susie did win, and Sugar decided she liked Bob just a little bit more than she like Matty, and forced the tie to give Bob a shot at staying. Bob won the fire-making challenge, sending Matty out of the game and into the Day 38 Club, ending one of the wildest rides any Day 38 Club member has ever had. 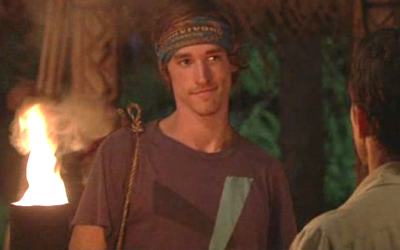 In the damage caused by the airtime vacuum that was Russell Hantz in Survivor: Samoa, arguably the biggest casualty, save for winner Natalie White, was the “invisible man” himself, Brett Clouser. Largely considered one of the most underdeveloped characters in Survivor history, Brett holds the distinction of the Day 38 Club member with the least amount of confessionals to his name, with 12 total. What’s especially maddening about that is that Brett was one challenge win away from winning the whole game. After winning the previous three immunity challenges, if he managed to beat Russell in the final immunity challenge, he would have won in a landslide due to the overwhelming number of former Galu tribe members on the jury. To a lot of the fans, somebody who was that big of an endgame threat is someone that deserved more airtime than they got.

However, to play devil’s advocate, as with any contestant that’s on Survivor, the editors can only play with what a player gives them. While there’s no denying the other players had a strong affection for Brett, he wasn’t the most dynamic personality, and his confessionals weren’t the most energetic. Combine that fact with Russell gobbling up all of the available screen time, and Brett got the edit he received.

If Brett didn’t have as significant a role in the endgame as he did with the edit he received, he would be even further down the list. However, his late-game immunity run saves him from being towards the very bottom. Brett could have joined the likes of winners such as Jenna Morasca and Jud “Fabio” Birza, people who had late-game immunity streaks of their own, had he won that final challenge. Imagining Bret being victorious in the final immunity challenge is one of the more fun “What If” thought experiments in Survivor history, because the overall arc would be vastly different.

It wouldn’t have been the story of Russell arrogantly beating his chest and proclaiming himself to be “the best ever” only to lose to his perceived goat. It would have been the story of the most well-liked guy from the opposite tribe surviving the sheer decimation of his group by the hands of Russell and prevailing against the odds by winning the last four immunity challenges. While it sounds great on paper, in practice, considering Brett’s quiet personality, this story would have been a tough one to tell. Alas, it was not meant to be, as Brett had his torch snuffed on Day 38, eliminating the chance for any Galu to become victorious in the face of Russell-mania. 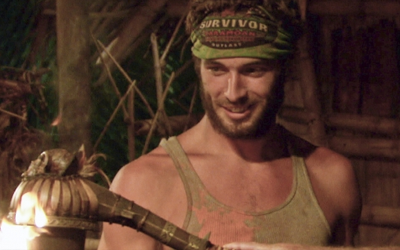 Out of all the names in Survivor history, Eddie Fox holds a unique distinction: he’s the person who has cast the largest number of votes for the player who did not get voted out in a single season, voting for a non-booted person nine different times. The fact that Eddie made it to Day 38 while being wrong so many times is nothing short of remarkable. The crazy thing was, Eddie had a decent shot of winning the game if he had been able to survive that last vote and get to the final tribal council, just for being a sweet, easy-going guy.

Alright, I know what you’re probably thinking at this point. “Eddie’s too high!” you’re screaming at your computer screen. “You said it yourself. Nine incorrect votes! He only voted correctly twice! He should be near or squarely at the bottom!” Well, here’s the thing. Yes, Eddie was bad, but he was so bad that he reached comedic levels. The fact that he could make so many wrong choices in the game and yet still go so far is hilarious and awesome in the best way possible. It’s a feat that deserves recognition beyond being one of the last few spots on the list.

Plus, I would be remiss if I didn’t mention Eddie’s biggest contribution to the season, his dog bar confessional. Eddie expressing his desire to open a place where a group of buddies can grab a drink while letting their dogs roam free and that he’s so genuine and sincere about it stands out as one of the real comic and lighthearted moments in a downer of a season. The dog bar confessional is forever linked with Eddie and has burned in the fanbase’s collective memory as his defining moment on Survivor, and for one that is so sweet and innocent, he should be rewarded by not placing him at the bottom of the Day 38 Club ranking.

Survivor SA: Return of the Outcasts Episode 13 Recap - The Centre of Power