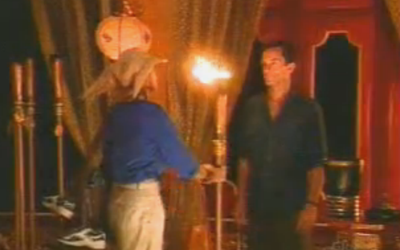 With a penchant for alcohol and an affinity for (dead) animals, Jan Gentry was the batty old lady of Survivor: Thailand. While some of her antics got on people’s nerves, Jan’s eccentric behavior was mostly in good fun, which brought some much-needed lightheartedness to what many consider one of the darker seasons of Survivor.

Despite Jan’s fun and off-kilter personality, she ranks so low in the Day 38 Club due to her complete lack of agency within the game. Brian Heidik is considered one of the all-time great Survivor winners, moving through the game so slick and smoothly like a guy worthy of his “Iceman” moniker. To him, all of his relationships were just tools to be used to further his game, and nowhere was that more evident than with Jan. In one of his more famous monologues, Brian described Jan as his “trump card” and explicitly referred to her as “disposable.” Jan would do whatever Brian told her to do, and ultimately her usefulness expired on Day 38 when Brian deemed that the appropriate time to send her out of the game.

While Brian mostly played Jan’s game for her, that just left more time for Jan to create a couple of standout moments from the season. Jan was a very sweet and good-hearted lady, but often that would be overshadowed by her kooky shenanigans. From slaughtered chickens to dead baby bats, Jan always felt the need to create a memorial for her befallen animal friends, upon which her other tribemates looked on with much skepticism. Her moments of glee, especially when imbibing any alcoholic beverage, were a sight to behold. Look no further than when, upon receiving tree mail about the upcoming Survivor auction, the mere thought of eating and drinking was enough to send her into hysteric euphoria. Her proclamation of “It’s a gamblin’ thing!” prompts one of the all-time great Clay Jordan lines of the season with “No S*** Sherlock,” so for that alone we should be thankful for Jan’s presence on the season.

Jan stands out as one of the better outlandish older people Survivor has ever seen, but her status as an utter pawn for Brian’s game was enough to push her down near the bottom of the list. Thankfully Brian decided to drag her to Day 38, so we can revel in an entire season’s worth of nutty Jan Gentry fun. 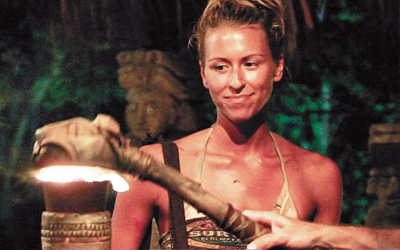 Survivor: Redemption Island is considered one of the dullest seasons in the show’s history, mostly due to the seemingly easy march to victory Boston Rob Mariano had. Watching somebody play Survivor for their fourth time against a field of newcomers wasn’t exactly a fair fight and didn’t make for the most riveting television. Rob had such a vice grip on the game; he controlled how every vote was going to go, was in tight with everybody and his win seemed like an inevitability. But there was one final obstacle that Rob didn’t anticipate and almost cost him his game, and her name was Ashley Underwood.

Granted, Ashley followed Rob’s direction for the majority of the game, and why wouldn’t she? She was a part of his main alliance and knew there were people ahead of her in the pecking order, so there was no need to rock the boat. By the time the first Final 5 round happened she (thought she) was in a great position to get to the Final 3 with the people of her choice. On one side would be her BFF Natalie Tenerelli, the quiet and more passive of the two, and on the other side would be Rob, the four-time returnee who surely wouldn’t win based on that fact alone. The only problem was that Rob knew that as well, and put the plans in motion to vote Ashley out during that round.

However, a wrinkle occurred in Rob’s plan: Ashley won not one, but the next two immunity challenges, forcing him to vote off Grant Mattos and Andrea Boehlke (returning from Redemption Island). These immunity wins put Ashley within sniffing distance of the finals and put Rob’s entire game in jeopardy because he knew if Ashley were to win a third immunity, then either he or mega-goat Phillip Sheppard would be going home, and his game would be over. Fortunately for Rob, Ashley did not win. Rob proved triumphant in the final immunity challenge and was finally able to send Ashley out of the game.

Ashley was never a huge character in the narrative and was content to follow Rob’s orders, so at first pass, she doesn’t seem all that memorable. But with those late-game immunity wins, she became that final hurdle that Rob had to jump over to win the game, providing him with some actual difficulty towards the end. If Ashley had won that final immunity challenge, there’s an excellent shot she wins the game. Alas, she didn’t, and is forever a member of the Day 38 club. 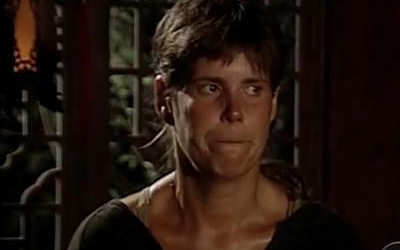 One of the best things about Survivor is watching people venture outside their comfort zones on an adventure they’d never experience anywhere else, and Denise Martin stands as an excellent example of that. The blue-collar lunch lady with a mullet, Denise always seemed to have an awe-struck look on her face every other scene she was in, and with good reason. She got to experience some of the coolest reward excursions ever in Survivor: China. Between visits to both a Shaolin Temple and the Great Wall of China, and winning the family visit reward, Denise had a Survivor journey unlike any other.

While Denise was having a great time experiencing Survivor, she wasn’t that successful at playing Survivor. Not one for making moves herself, Denise was the perfect pawn for the dominant alliance of Todd Herzog and Amanda Kimmel, who clearly relegated her to the bottom of their group. The problem with that was Denise, despite knowing she was on the bottom, would often complain about her position but not do anything about it due to a misplaced sense of loyalty. The refusal to change her path in the game proved especially pivotal at the Final Six. Faced with either jumping to the other side and forcing a tie or sticking with the alliance that would most likely vote her out in fourth place, she stuck with the alliance – and they voted her out in fourth place.

In addition to not being very proactive, Denise got a little whiny towards the end of the game, playing up her blue-collar background as a reason why she deserved to win the money. That kind of thing usually doesn’t play well with the viewers, because the sympathy that someone tries to create by playing up a “sob story” often results in opposite types of feelings. Look no further than the controversy surrounding Denise at the Survivor: China reunion, which certainly did not bring the sympathetic attention that she was hoping.

Despite the slightly sanctimonious attitude that Denise had throughout the season, she did seem like a very genuine, “everyman” kind of person and it was enjoyable to watch her experience Survivor. It’s just that she didn’t have that killer instinct that most people need to win the game, which is a good lesson to learn from the couch but a tough one to experience in the game.