It’s the merge! As usual, I’ll be looking at the trailers and sneak peeks to give my predictions for the coming episode. Heading into the merge, there are 11 players left in the main game—Ben, Adam, Sophie, Sarah, Jeremy, Tony, Kim, Denise, Michele, Wendell, and Nick.

The NTOS trailer begins with an overhead drone shot of an individual challenge for eight players. This is definitely the re-entry challenge that’ll allow one player living on the Edge of Extinction to rejoin the main game. After Queen Sandra’s departure last episode, eight players are left on the Edge—Natalie, Amber, Danni, Ethan, Tyson, Rob, Parvati, and Yul.

My prediction is that Tyson will win the challenge. He’s a physical threat and known to be good at challenges from his past seasons. His tactic of using his fire token to buy a huge jar of peanut butter on EOE seems like it will pay off—the way we were privy to his explanations leads me to believe he’ll succeed. Apart from this, I think Rob and Natalie will spend their fire tokens on an advantage in the challenge. Since the challenge course has different segments, I think the advantage possibly allows them to skip one of the segments to get a head start.

The next part of the trailers is mostly short scenes of the chaos and interaction happening on the newly merged tribe. First, Ben tells Jeremy and Tony, “either Nick or Wendell.” This, to me, cements the obvious Nick and Wendell pair, leading to other players wanting to split them up. The two were part of a larger four-person alliance on the original Dakal tribe alongside Sophie and Yul. With Nick and Wendell spending more days together on the swapped Yara tribe, and Yul gone, I predict that this alliance falls apart. Wendell, in the next scene, is seen saying, “Sophie is playing,” perhaps feeling he no longer trusts her after seeing her with such a close bond with Sarah, who was in opposition to the four-person alliance initially. 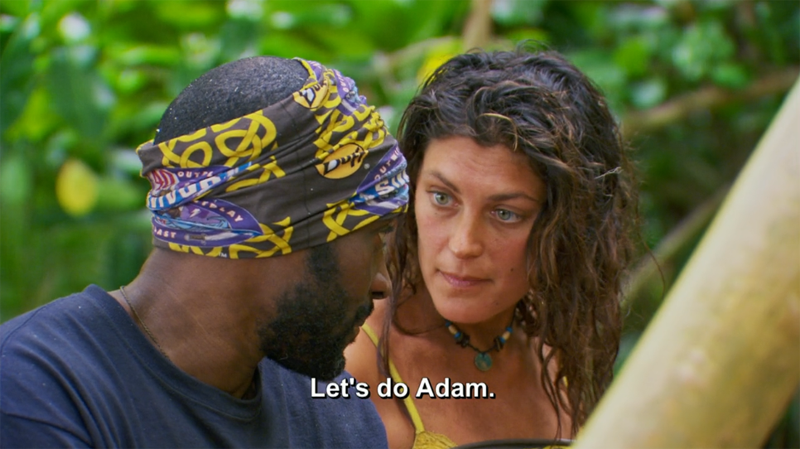 Next, Michele tells Jeremy, “let’s do Adam.” I’m glad to see Michele and Jeremy back together, though I don’t think they will be a strong duo throughout the post-merge as we weren’t really given as much insight to their dynamics on the original Sele tribe as I would expect a strong pair to have. And lastly, we were also shown a scene of Ben and Adam, our distrusting duo. Ben assures Adam that he doesn’t know what’s going on, only to have Adam mocking him in a confessional. Suffice to say, these two won’t be working with each other if they can help it.

For my predictions, I think we’ll see the merged tribe generally targeting Nick and Wendell at first. I can see players like Denise, Kim, Tony, Sarah, Sophie sticking together, wanting to get either of the two out of the game due to their lack of connection. On top of this, Michele’s in a good position to throw them under the bus. But I feel like the added layer of her relationship with Wendell would put her in a spot to choose whether to join the above-mentioned group or to go with her Yara tribemates who have arguably gone through more with her. Perhaps then, the alternative suggestion would be to vote out Adam, highlighting his sneakiness as a reason to get him out of the game. 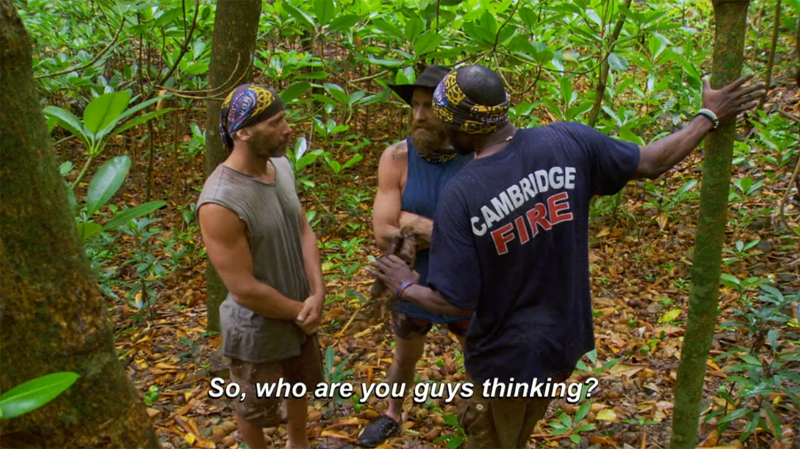 Ultimately, because of the disproportionate portrayal of him in the last few episodes, Wendell is my prediction for the merge boot of the season.

Leave a comment below with your predictions for the next episode of Survivor: Winners at War!

4 responses to “Next Time On Survivor – Episode 8”