LIONS VS. HYENAS — The season’s most consistent narrative remained a part of the latest episode. Again, Tony continues to be the mouthpiece for this ongoing story.

This confessional is almost becoming repetitive at this point, but it tells us that this storyline is crucial. It started off in the pre-merge with Tony being unable to get the lions together, as many of the big profile players were eliminated. Now, in the early post-merge, his strategy is finally working, as the big names are working together. But can this last? And if not, does it signal a hyena outlasting the lions? 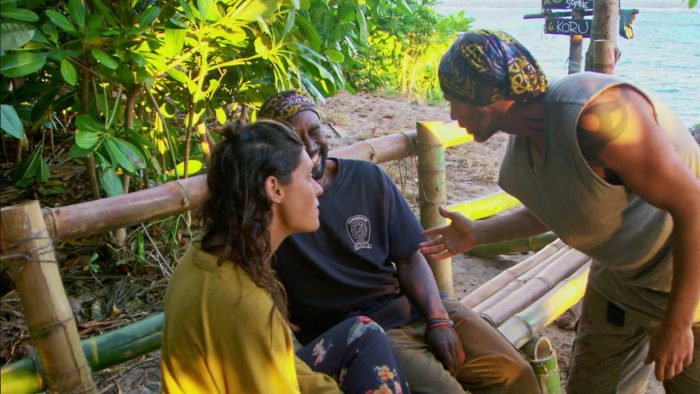 FIRE TOKENS REPRESENT YOUR LIFE — More fire token action in the latest episode both at the Edge of Extinction and in the game. This time it revolved around Danni & Parvati sending Michele a 50/50 coin and charging her four tokens for it. We’ve previously been told that those who use the tokens correctly will find success this season, so the question we have to ask is, did Michele use her tokens wisely?

My read of the edit makes me believe Michele made the right choice. Not only has she had a mostly positive edit across the season, but the way they tied this decision into the fortune cookies and “not being afraid to take a big step” made Michele seem justified in her decision. I would lean towards the 50/50 coin working out in Michele’s favor when the time comes.

Meanwhile, the quest for tokens showed us that alliances are beginning to form on the Edge. There is somewhat of a divide between the early vote-outs and the more recent Edge inhabitants. As the group split into pairs to search for the tokens, Natalie explained that she sent Wendell and Yul off together because they haven’t starved as long as the others. Similarly, Parvati only shared the advantage with Natalie, Ethan, Amber, Danni, and Rob.

NICK’S REVENGE — Nick vowed to get revenge on all those that blindsided him in the last episode. He talked a lot about bloodshed and war and complained that others weren’t treating him as a real player. And while he didn’t get rid of his intended target of Sarah, he did receive some credit for causing chaos back at camp. It will be interesting to see if Nick’s revenge arc takes off or if he’ll continue to be outplayed. 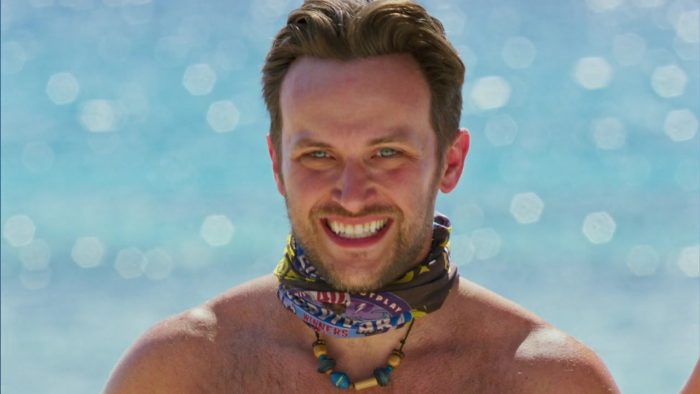 NICK VS. SARAH — An off-shoot of the Nick revenge storyline is his relationship with Sarah. In the latest episode, Sarah gave up her Chinese take-out reward to Nick, for what she said was a genuine, human decision because it was his birthday. Nick, on the other hand, didn’t buy it and said he still didn’t trust Sarah; he even pushed for elimination later in the episode. It’s worth keeping an eye on this relationship going forward.

The current edit is really playing up the chaotic nature of the game; therefore, there has been some real under editing of the alliances and relationships. That means we sometimes have to read between the lines, but there were a couple of important alliance scenes in the past episode.

COPS R US — Sarah and Tony finally had another one-on-one scene. It came after Sarah gave up her reward to Nick—a decision that Tony thought was shortsighted. Tony said that Sarah got caught up in the moment and how others will see it as a game move. Sarah didn’t think so, but the edit backed up Tony’s claims, showing the likes of Adam, Denise, and Jeremy, all agreeing that Sarah’s move was strategic.

There are two takeaways I have from this scene. Firstly, it was a good look for Tony that the edit backed him up. Secondly, it showed that Tony was looking out for Sarah. Remember, in the second episode, Tony said he wanted to make it up to Sarah and genuinely make Cops R Us work this season? The way he handled this moment was as if he had her best interests at heart. 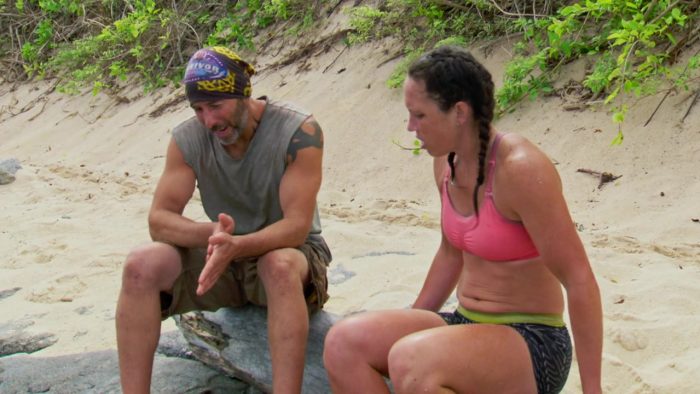 THE LIONS — This alliance is really too broad to define, but I include the majority that decided the latest vote. So, that means, Ben, Denise, Kim, Sophie, Sarah, Jeremy, Tony, and Tyson. But, like I said, this isn’t really anything more than an alliance of convenience at the minute.

MICHELE & NICK — The pair left out of the Wendell vote, Michele and Nick are essentially tied together by circumstance. Again, like most of Michele and Nick’s alliances, we haven’t heard them talk about them in confessional. Their narratives tend to be individual.

BEN & SARAH — I don’t think we saw a direct scene of them together, but they were namechecked as a tight pair by Adam, news which got back to Ben, who then confronted Adam about it.