TONY ON PROBATION — To say this episode belonged to Tony would be the understatement of the year. This was the Tony Vlachos Show from top to bottom. He broke free from his self-imposed probation and returned to the Tony of old. He found an idol, he ran around the jungle like a maniac, he played double agent, and he flipped on his allies to pull off an epic blindside.

At the start of the episode, Tony recapped his story so far about how he’s played patiently to avoid jeopardizing his game. He said that he hasn’t been able to go look for idols because he didn’t want to cause paranoia. And that slow and steady strategy worked, it got him to the merge and beyond. But now, he explained, it was time to get to work, and he succeeded in that work.

The question now is, will he succeed long-term? Is breaking probation a natural next step in his narrative? Or will it cause his downfall? There was a lot of talk at Tribal Council about the timing of big moves, and only time will tell if Tony made his big move too early. 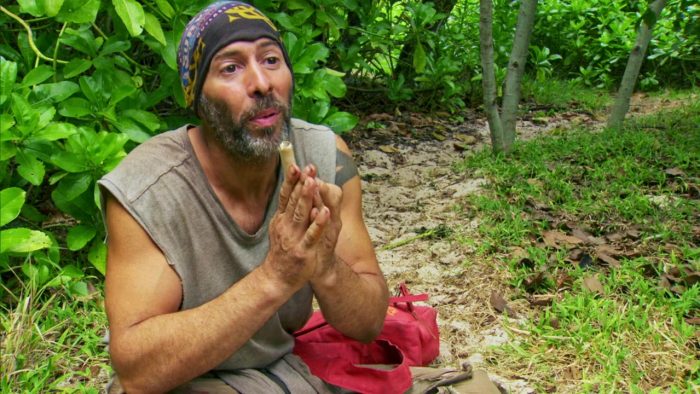 FIRE TOKENS REPRESENT YOUR LIFE — The most prominent focus on fire tokens yet saw Natalie and Parvati extorting Tony for a whopping six coins. Tony sprung into action, persuading friend and foe alike to lend him tokens to pay off his enormous debt. And again, he succeeded, not only in retrieving the tokens but by putting them to good use, winning the Immunity Challenge, and executing a flawless blindside with his vote.

As the season heads towards the finish line, I expect the fire tokens to become more prominent and more valuable. It wouldn’t be a surprise to see tokens play a major part in the remaining narratives of both the losers and the ultimate victory.

KIM VS. TONY — Kim was the one player to see through Tony’s double agent scheming. She talked about not trusting Tony to Denise and in confessional. This isn’t the first time Kim has worried about Tony, as she previously aired her concerns on the post-swap Dakal tribe.

I imagine this is setting up a Kim and Tony showdown in the near future. And if Kim had a better edit overall, I might have even believed she would be successful in taking Tony down. However, Kim’s narrative has been rather inconsistent, at least in terms of air-time, which makes me see her more of an obstacle for Tony to overcome, rather than the warrior that brings him down. 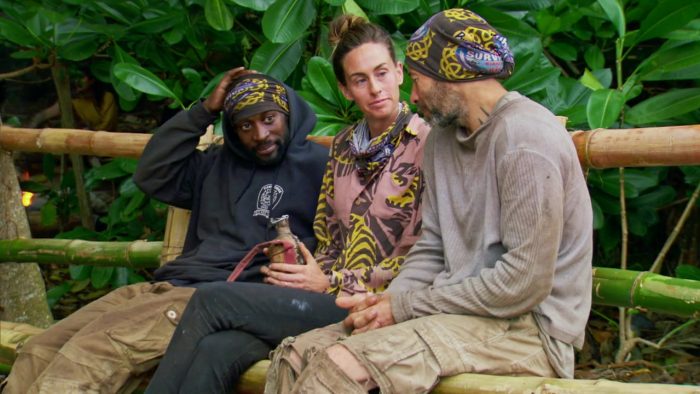 JEREMY ON THE OUTS — Jeremy was still in a tough spot in the latest episode. Nobody would tell him what happened at the previous Tribal Council, and even his supposed allies, Denise and Kim, turned their back on him. He did seem to be back on board with Michele, but even then, he was clearly on the outs and the primary target heading into Tribal. If not for Tony’s last-minute flip, Jeremy would have been on the Edge.

COPS R US — There is trouble brewing in paradise for the blue blood buddies. Tony explained that he wanted Sophie out because she was getting too close to his partner, Sarah. But blindsiding one of Sarah’s closest allies with no warning is not going to go down well, at least judging by the next episode preview.

This push-and-pull between the Cops R Us has been a focal point of the last couple of episodes. Firstly, Tony questioned Sarah’s move of giving up her reward to Nick. The next week, the pair bickered back-and-forth over who the target should be. And this episode, Sarah threw doubt on Tony’s social game, basically claiming that he doesn’t have one.

It seems that this tension is leading to a clash between the two somewhere down the line. One is going to end up getting the better of the other. Whether that’s in a vote-off or at Final Tribal Council remains to be seen, but either would work. Whatever happens, I expect the Cops R Us to remain a significant focus of the narrative, as they have been for the majority of the season. 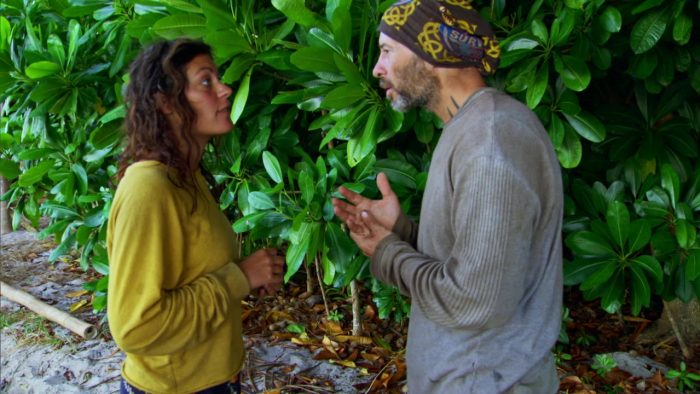 JEREMY, MICHELE, NICK, & TONY — This foursome came together towards the end of the last episode when Tony came up with his last-minute plan to blindside Sophie. I’m not sure if this will stick as a solid alliance, especially as it was thrown together out of nowhere, and we didn’t receive any perspective on it from Michele or Nick.

DENISE & KIM — These two seem to be aligned in a fairly solid partnership, which has its ties back to the post-swap Dakal tribe. There were a couple of scenes in the latest episode of them discussing strategy together. Again, though, neither Denise nor Kim really talks about the other or their alliance in confessional, at least not in any real depth.

DENISE, JEREMY, MICHELE, & KIM — The edit placed this foursome together at the start of the episode, even neglecting to mention that Michele actually voted against them the week before. But with Denise & Kim voting for Jeremy in this episode, it’s hard to see the four coming back together for any lasting alliance.

BEN & JEREMY — More of a rivalry than an alliance, but the edit did connect them in the last episode. Jeremy mentioned how he liked Ben at the start, but that now everything he does annoys him. There was also a tense staredown between the two guys at Tribal. It will be interesting to see if this feud continues in the next episode.

BEN, NICK, & TONY — Ben and Nick were the two guys that helped Tony when he needed tokens. Nick also helped in Tony’s idol search (by being directed away) and was brought on board Tony’s Sophie blindside plan.

With Sophie out of the main game, it’s pretty much down to Tony or Sarah in my Contenders list now. The only way I can see a different outcome is if we’re heading for some Season 38 style weirdness. And with the Edge of Extinction in play, I suppose anything can happen. Perhaps the story between Sarah and Tony will lead to them causing each other’s downfall, and someone will rise up at the end to steal the win.

It’s not out of the realm of possibility for another Chris Underwood situation to happen, with the Edge returnee storming to the Final Tribal and grabbing enough votes from the jury. Or if the foreshadowing in the “lions vs. hyenas” story leads to the lions taking each other out, leaving the path open for a hyena to sneak in. If that’s the case, then perhaps Michele can crawl back into contention? It’s difficult to imagine though with the so-called hyenas being so underedited.