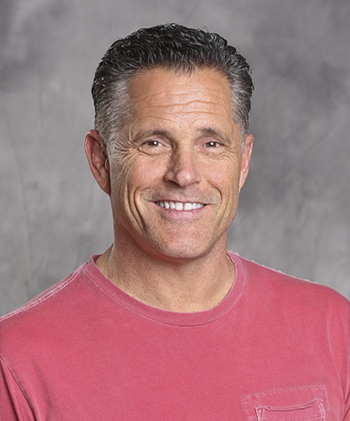 Age: 55
Hometown: Simsbury, CT
Previous Season: Survivor: Panama
Previous Placing: 3rd
Most Memorable Moment: Winning five individual Immunity challenges in a row, only to lose the final one and be voted out in 3rd place.

What happened in his previous season: Either Terry Deitz looks great for his age, or he just looked much older than 46 the first time he played ten years ago. Either way, at 55 years old Terry doesn’t seem to have added one extra wrinkle to his face since Survivor: Panama.

Terry started his original season on the La Mina tribe and is now the first La Mina tribe member to return to Survivor. La Mina was comprised of the season’s older men; the twist of the season been that the four tribes were divided by age and gender (Older Men, Older Women, Younger Men and Younger Women). Terry had a very strong worth ethic from the start and quickly bonded with Dan and to a lesser extent Bruce. The older men came second in the first Immunity challenge; keeping them safe from Tribal Council. On Day 4 the four tribes became two. Terry selected the orange buff and became the captain of the new La Mina.

La Mina was successful in their first Immunity challenge as a new tribe, but the new Casaya tribe would then go on a winning streak causing La Mina to crumble. Terry and his guy’s alliance voted out Misty and Ruth-Marie at the next two Tribal Councils. It was during this time Casaya sent Terry to Exile Island twice. During his time on Exile Island, Terry was able to find a Hidden Immunity Idol; this was back when the idol could be played after the votes were read, so Terry had a huge advantage for the rest of the game.

The Casaya winning streak was temporarily broken when La Mina managed to secure an Immunity win, but it was too little too late. Casaya won the subsequent Immunity/Reward combined challenge, and sent Sally to Exile Island; effectively saving her from Tribal Council when she was Terry and the guys’ next target. With Sally at Exile, Terry joined the younger guys Austin and Nick to vote out his old ally Dan.

La Mina went into the merge outnumbered 6-4. Terry was always the biggest target, but he managed to survive by consistently winning individual Immunity. The Casaya 6 held steady despite Terry trying to get Bruce, Cirie, Danielle and Shane to flip, and they voted out all of Terry’s tribemates and allies one after another. Terry’s Immunity run was impressive; even if the Casaya 6 weren’t exactly Olympic standard challenge performers. But they did have Aras who would always give Terry a run for his money, but he always came up just short – a major source of frustration for Aras.

The rivalry between Terry and Aras continued throughout the merge, and Terry even tried to target Aras by pulling in Courtney. Cirie caught wind of Terry’s plan and got the Casaya 6 to vote Courtney out. When Danielle and Terry were sent to Exile together at the Final 4, they planned to eliminate Aras at the next vote, but luckily for Aras, he was finally able to win Immunity. Terry was safe due to his Hidden Immunity Idol, and instead, Cirie ended up getting eliminated after losing a Fire Making Challenge tie-breaker with Danielle – who Terry had taught how to make fire prior.

What to expect from him this season: Similar to Spencer, Terry had to play the majority of his first season with his back against the wall. If it weren’t for his impressive skill at winning Immunity and his special idol, Terry would have likely been sent home a lot earlier.

Terry had some strategic ideas in Panama, but they never came to fruition. Perhaps it was the way he approached people, or simply the fact that he was playing against much better strategists – Cirie for example. Only time will tell whether Terry will be able to return to this Second Chance season and repeat his challenge success. He is older now, and he’ll be up against other strong challenge performers like Joe, Spencer, and Tasha. But Terry still looks to be in great shape, and I think out of all the old schoolers Terry is the most likely to live up to his former image.

I expect him to give it his all in the Tribal Challenges, and because of that, his tribe will want to keep him around. What Terry needs to work on is his social game; there were times during Panama where he would get into arguments with the likes of Aras or Cirie or Danielle. Sometimes he can come across very condescending, but that may also have been a product of his position in the game where he was forced to fight back.

Terry needs to stay quiet yet aware, and work hard around camp while busting his butt in the challenges; that should take him to the merge. But I have a feeling Terry can’t resist taking on the leader role. I expect him to try and take control early; especially if his tribe loses a couple of challenges. There is no way Terry can resist standing up and putting his point across. I cannot see players like Kass or Peih Gee or Shirin standing for that, and if Terry is on a tribe with a lot of strong women I expect he will be an early target.

If Terry is on a tribe with lots of old school players, or players that are very challenge orientated like Andrew, Joe or Woo then I think we could see a “man’s man” alliance take place, and that could serve Terry well. Overall, expect Terry to be working harder than anyone out there; around camp, in challenges, looking for idols, – you name it, and Terry will be going 100%.

Prediction: If Terry is even half as physically competent as he was in Panama then he should be good until the merge. He will be an asset to whatever tribe he is on in challenges, and as long as he can resist the temptation to become tribe leader, then he should avoid the torch snuffing for quite a while.

It’s what happens at the merge which is Terry’s biggest dilemma. If he continues to be a challenge powerhouse, then he will end up re-enacting Panama, and he even has a Baskauskas brother to go up against in Vytas. It would be fun to see Terry outperform the likes of Joe in challenges, but if Terry comes on too strong, he’ll be an early post-merge casualty. Terry may have to play down his physical ability; he may even do this from the start, but I’m not sure that would be wise. Terry is not the type that tends to win an all returnee season, but Inside Survivor predicts he makes the merge – probably the third or fourth Jury member. We also predict he will be the first person to find a Hidden Immunity Idol.

Thanks for reading our Survivor Second Chance Retrospective for Terry Deitz.

What do you think Terry’s chances are next season? Leave your comments below.