The 55-year-old Fire Captain was eliminated in a 3-2  vote becoming the sixteenth boot of the season. He received votes from Jeremy, Spencer, and Tasha. Spencer received two votes from Keith and Kelley Wentworth. Keith and Wentworth concocted a plan with a fake idol to try and get Jeremy to flip but it didn’t work.

Keith originally finished in fourth place (out of 18) in San Juan Del Sur, lasting 38 days in the game. He finished just one place short of his previous finish. 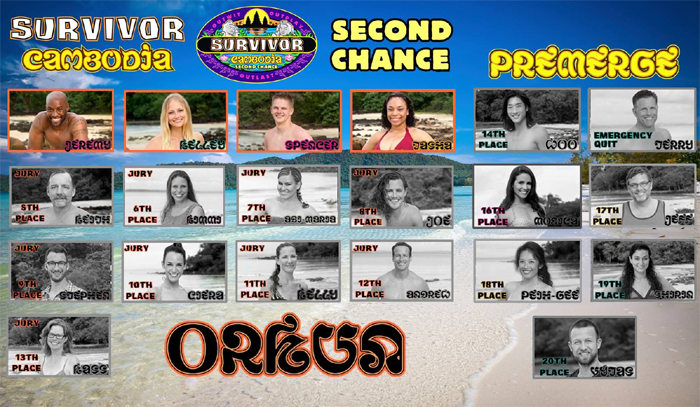