Kimmi originally finished in twelfth place (out of 16) in The Australian Outback, lasting only 15 days in the game. She more than doubled her numbers of days in Cambodia and continued the tradition of a former Season 2 castaway making it to the finale episode in a returnee season. 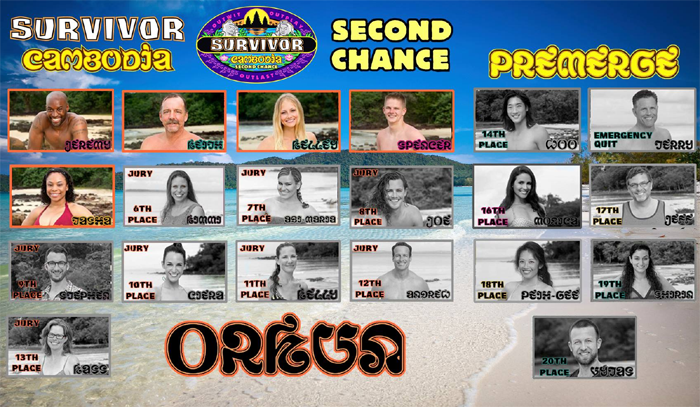