In an exit interview with Josh Wigler for Parade magazine, Andrew Savage revealed that two days before his torch was snuffed at tribal council, he was bitten on the toe by a spider. Savage described his toe as been “horribly infected” and that it had made him sick and barely able to stand. But let’s face it, Savage didn’t go home because of a spider bite. So what really caused his downfall? 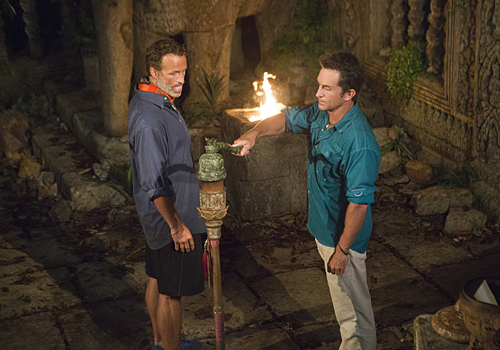 It was stated last week that it took the Bayon Strong alliance “literally hours” to decide how to split the votes between Ciera and Kass. Deciding who should vote for who can be a complicated process; making sure the votes are organized in such a way that doesn’t lead to a last minute vote flip.

@RedmondSurvivor @jeremy2collins It took HOURS for that Survivor brain trust to figure out how to split a vote. Literally hours.

In his exit interview with People magazine, Savage further confirmed this vote-splitting difficulty: “When we split the vote between Ciera and Kass, it literally took us about 2 hours to work through that strategy.”

The reason the alliance didn’t split the votes in Episode 8 between Kelley Wentworth and Ciera was due to a combination of exhaustion, impatience, and fear that somebody could flip the vote. In his blog for People, Stephen Fishbach claimed that there was a genuine fear that a split vote could lead to Joe and Keith joining Abi, Ciera, and Wentworth and flipping the vote on himself.

“My great fear was that if we split the vote, it gave an opportunity for a third faction to scuttle our plans – Joe, Keith, and The Girls could easily vote me out instead.” 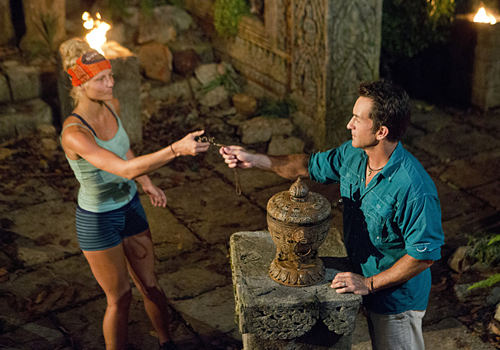 The other key factor in the majority alliance deciding not to split the votes was due to underestimating Wentworth and her idol finding capabilities. As Stephen said himself in his blog “nobody thought Wentworth had the idol.” Wentworth was never seen looking for an idol or acting suspicious. She played dead; as if she was going home that night.

So how did Wentworth know to play her idol? After the episode, Ciera revealed on Twitter that Joe had informed her that Wentworth was the one receiving votes.

In his exit interviews, Savage has continued with this story by also placing the blame solely on Joe. From his People interview: “Yes, Joe. And he feels horribly about it. It wasn’t a strategic play; it was just a mistake. He’s friends with Wentworth, and he said, ‘here’s a heads up. You’re going home.'”

However, Inside Survivor has learned that it wasn’t just Joe that informed the girls about Wentworth receiving votes. It is said that other people from the majority alliance also gave them a heads up and let them know that it was Wentworth going home. Again, nobody knew Wentworth had an idol and therefore saw no harm in letting her know she was leaving. 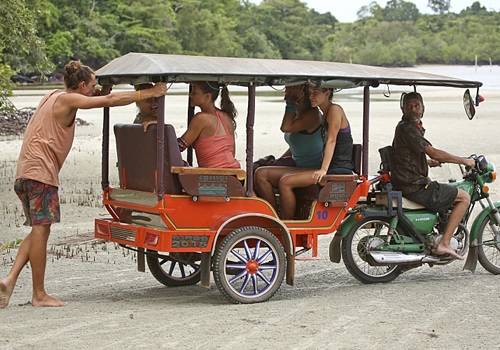 A small moment that is worth highlighting. Nobody expected Keith to suddenly hop on board one of the tuk-tuks at the reward and start driving around like a teenager that had just passed his moped exam. But the cast and production team reacted so positively that the producers actually told Keith to carry on driving around the beach until they could fly a helicopter in for an overhead shot.

The tribal council we saw on TV was explosive, with idols and fist-bumps and middle-fingers galore, but there was even more action that was left out of the episode. In his exit interview with Parade, Savage revealed that in between film changes, Kass looked across from the jury right at Savage and mouthed “no f**king votes for you” and then mimed running her index finger across her throat.

But apparently, that wasn’t the only f-bomb that was dropped at tribal council. It is said that after Wentworth successfully played her idol, she shouted out, in celebratory warning to the rest of her tribemates, “Don’t f**k with me!”.

One response to “Survivor: Cambodia Episode 8 – What You Didn’t See”