While the edit may have blamed Shirin’s downfall almost entirely on her neglect of Abi-Maria, that was actually only a small part of what happened. The tides started to turn soon after the first tribal council when Jeff Varner made it clear that he wanted Spencer out next. To try and protect her closest ally, Shirin tried to turn the tables on Varner, approaching Terry with a deal to blindside Varner at the next tribal council. This scrambling actually took place the day before the second immunity challenge. 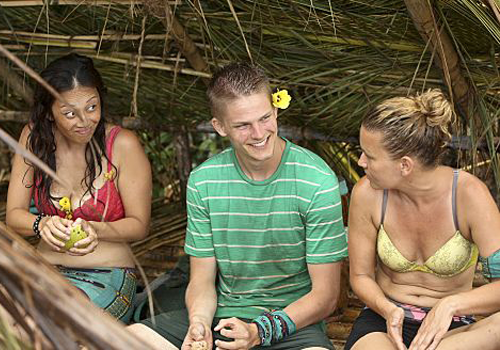 Here is a breakdown of events:

Day 4 (Night) – Abi-Maria and Peih-Gee argue in front of the entire tribe. Shirin removes herself from the situation. Abi becomes upset and refuses to come back to the shelter where everybody else was at the time. She spends the night on the beach where she is eventually consoled by Terry who wakes up later in the night and finds her there.

Day 5 – Abi is now a target for the next vote to due to the fight the night before and the constant drama she is bringing to camp. Abi, feeling hurt and betrayed by Shirin, continues to bond with Terry and Varner – she lies to Varner that Shirin is coming after him (before she even knew that was, in fact, the plan). Knowing that two of her allies are now the targets – Abi and Spencer – Shirin tells Spencer and Wentworth that they should blindside Varner instead. Shirin says she will approach Terry with the plan, even though Wentworth suggests that it is a bad idea. Terry went back and informed Varner of Shirin’s plot against him, just as Shirin was trying to make amends with Abi (the conversation we saw in the episode). By this point, knowing he was under attack, Varner had turned the entire tribe against Shirin and Spencer, so that when they later approached Woo with the plan, his mind was already made up.

Day 6 – Ta Keo lost the immunity challenge. Varner organized the split vote, telling each person who they should vote for. Most of the action and scrambling we saw in the episode post-challenge actually happened the day before. Shirin was voted out at tribal council. 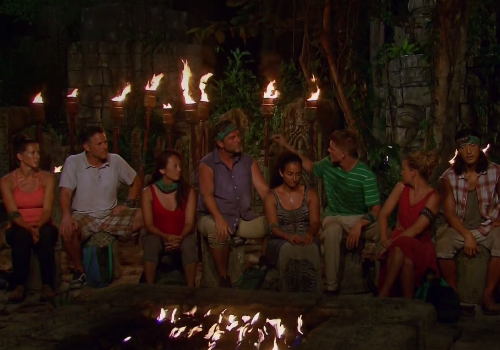 Just like how last week the edit decided to leave out Varner’s on the spot questioning of Peih-Gee and Wentworth at tribal council, this week the episode left out Shirin’s last moment of chaos before her torch was snuffed.

Shirin revealed in her exit interviews, how after the votes were read, she stood up and told her tribe that Terry had the idol. “And then Varner’s like, ‘What do you mean? Tell us how do you know!’ And so I start making up stories: I’m like, I saw him digging and burying it, that’s how I caught him.” Rather than cutting Shirin off, Probst allowed her to continue. She was hoping to open up a door for Spencer and Wentworth.