Former Survivor: China contestant Peih-Gee Law has become the third castaway to be voted out of Survivor: Cambodia – Second Chance.

Eventually, the vote came down to Abi-Maria versus Peih-Gee. The vote was 4-2, with votes from Abi, Jeff, Savage and Tasha sending Peih-Gee home. Peih-Gee and Woo voted for Abi-Maria.

Peih-Gee originally finished in 5th place (out of 16) in China, lasting 36 days in the game. Unfortunately, in Cambodia, she wasn’t able to escape the dark cloud of Abi-Maria and that rivalry ended up costing her her spot. Peih-Gee explained in her post-Tribal Council confessional that she was a little blindsided by Tasha and Savage as she thought they were on her side. 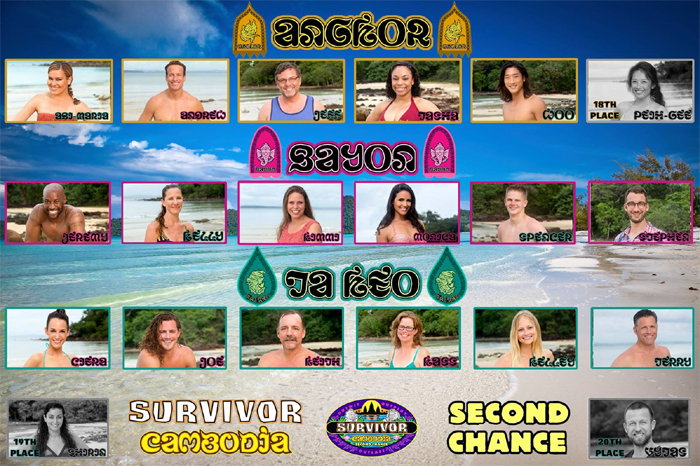 International29 May 2021
Previous
« Survivor Second Chance Episode 2 – What You Didn’t See
Next
Survivor: Cambodia – Another Twist? »