Are we set to see three tribes again on Survivor: Millennials vs Gen X?

Last month, Survivor host Jeff Probst told EW.com that the first episode of the 33rd season would feature something “…that has never happened before.” He also revealed there would be a fresh twist to the hidden immunity idols. While the details of those events remain unclear, there is expected to be another twist on Survivor: Millennials vs. Gen X.

While the season will start with two tribes of ten, Millennials (Vanua) and Gen X (Takali), at some point those two tribes will split into three tribes. Survivor: Cambodia – Second Chance first introduced this twist when, after two regular tribal councils, the Bayon and Ta Keo tribes divided into three, and six castaways were sent to the new, third Angkor beach. One would assume that the split will happen at 18 castaways again in Millennials vs. Gen X, but that is unconfirmed as of this moment. Production might want to draw the theme out longer, so the three tribe split could happen later into the season (perhaps at 15 castaways).

The third tribe Ika Bula, which means “turtle” in parts of Fiji, will wear green. On islands such as Yanuca, the Islanders have a special relationship with turtles, holding them in reverence as their ancestral gods. The tribe buff can be seen below on the Instagram page of Billy Bentley, a TV presenter for Australia’s Network TEN, who was sent the buff by Jeff Probst and the Survivor team. 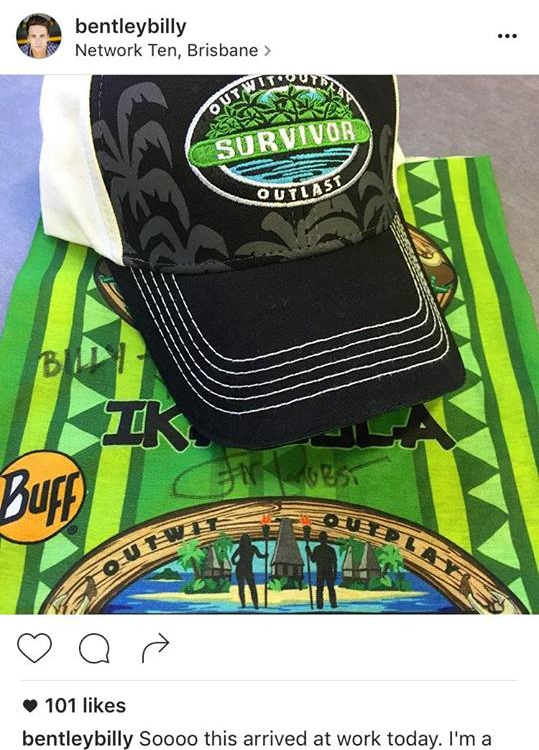 UPDATE 08/15/16: CBS have released the Survivor: Millennials vs. Gen X buffs for sale on the CBS Store, including the Ika Bula buff, all but confirming the third tribe twist.

Weeklies29 May 2022
Previous
« Survivor Winner Tries Out For The Bachelor
Next
Survivor: Game Changers Connections – Debbie and Tai »