Jessica Lewis has become the eleventh castaway to be eliminated from Survivor: Millennials vs. Gen X.

The 37-year-old Assistant District Attorney from Voorheesville, NY was eliminated in a crazy tribal council. After Zeke and David began to lose trust in each other, Hannah ended up being stuck in the middle. After Zeke realized that Hannah was no longer on his side, he decided to target her with his allies. David became paranoid after hearing whispering and side-talk at tribal council, and he played his hidden immunity idol on Ken, thinking he was the target of the other side.

When the tribe voted, the votes were tied with 5 going to Hannah (from Sunday, Jay, Zeke, Bret, & Will) and 5 going to Zeke (from David, Adam, Ken, Jess, & Hannah). After a revote, there was still a tie. Jeff offered the tribe a choice of a unanimous decision or drawing rocks. The tribe could not come to a unanimous decision which led to Jess drawing the dreaded black rock. 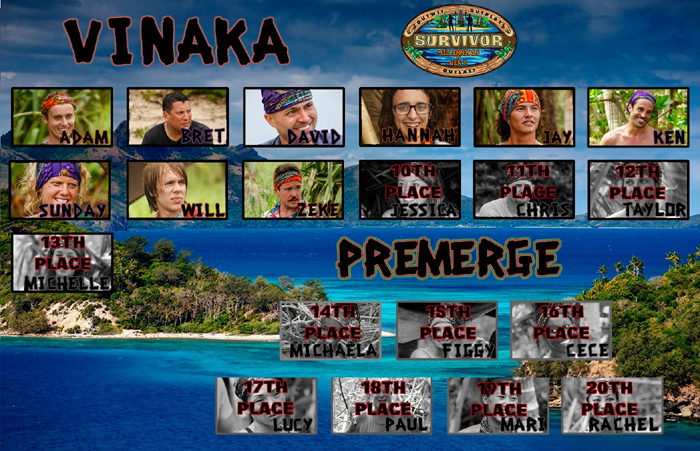