Michelle Schubert has become the eighth castaway to be voted out of Survivor: Millennials vs. Gen X.

The 28-year-old missionary recruiter from Yakima, WA was eliminated in the first merge vote of the season. This episode saw the three tribes, Vanua, Ikabula, and Takali merging into one new tribe, Vinaka, as the game became individual. The former Millennials had the majority but were more interested in targeting each other, with Adam, Jay, Taylor, and Will all mentioned as potential boots. Ultimately it seemed like Adam was going to be voted out due to his constant scrambling, but an alliance between old Gen X and Zeke, Hannah, and Adam was able to come together to take out Triforce member Michelle. 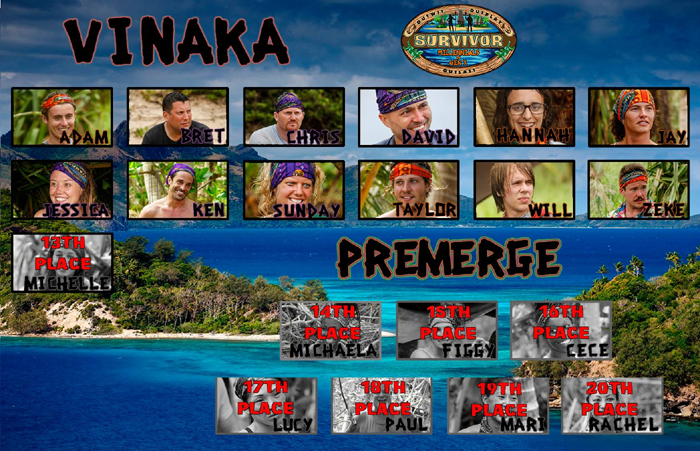