Sometimes you don’t realize how good you have something until it goes away. Luckily for us, almost everyone worshiped Michaela Bradshaw as the g.oddess that she was. Here at Casual Corner, we mourn the only way we know how: by providing the best comments from Survivor’s official Facebook page.

We open, obviously, with the shining star of the season.

She’d win by a landslide, but I don’t sia fan prize happening this season.

TELL US HOW YOU REALLY FEEL. PLEASE. I WANNA KNOW.

Don’t you dare disrespect the image and character of Crystal Cox by comparing her to Michaela. Oh wait, nevermind, she already did a pretty good job of that herself.

P.S. I couldn’t find any good gifs of her using steroids, but let’s not forget about that too… and the fact that Michaela was perhaps one of the best challenge performers we’ve ever seen.

I don’t know what’s scarier: this casual believing that an email to CBS would singlehandedly invite her back or the fact that they will likely believe that it worked.

Raise your hand if you felt personally victimized by the Liliana blindside? On the real though, I’m genuinely impressed that a casual remembered Survivor: Fiji. This will come into play later.

Even when he’s not playing, all roads lead to Joe Anglim.

GUYS, we’ve finally figured it out. All season casuals have been pledging their fake votes toward an unknown cause. This week, we learned that apparently all of these votes were for the presidential race. Honestly, not that bad of an idea all things considered…

I’m sure she stands a legitimate chance, but, damn, isn’t it a shame that the millennials don’t know/care about the Electoral College anymore?

This entire season, casuals have hardcore struggled to spell “Michaela” correctly. I’ve seen Mikayla, Micayla, Michayla, Mikala, and so, so many incorrect permutations. What scares me about this one is that they took the time to spell it phonetically, only to still get it wrong.

But at least the last casual managed to get the first letter right at the very least.

Find me someone that will take that bet, and I’ve got some flying pigs for sale they’d love.

Of course, the race issue was a big topic of conversation in the Survivor world this past week.

This casual has vowed to stop watching Survivor because of it. And apparently, they’ve already sworn off cooking shows because racial profiling is such a problem on Chopped or Cupcake Wars.

Whether you like him or loathe him, the questionably immortal Jeff Probst celebrated a birthday this past week. After weeding out over 1000 “Happy Birthday Jeff!”’s, I’ve found a few winners. 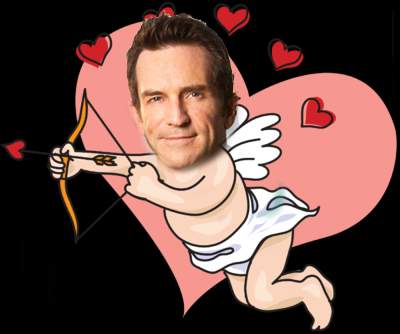 This could honestly be one of the most traumatizing moments of my entire life.

And now, the lightning round.

I’m not positive, but I don’t think that Ben Franklin cared enough to pen his “17 Life Lessons to win Survivor” in between the Declaration of Independence and Constitution.

I think you’re arguing for the wrong kind of diversity here.

PSA? Good Lord, I’d be scared to see who showed up to this watch party as a result of reading this message. If you don’t hear from Eliza after Nov 17th, then this edition of Casual Corner just might become criminal evidence.

Poor Felicia. Nobody aligned with her. Hopefully she get’s called for whatever season that Figgy and CeCe delusionally believe that they’ll return for.

1) They shouldn’t.
2) If sicky sicky gnar gnar sold his trip to North Dakota like this at the start of the season, I might have made him my winner pick. Oh, wait I already did that. *facepalms*

So wait, after watching 33 seasons, you’ve just realized that only one person can win? 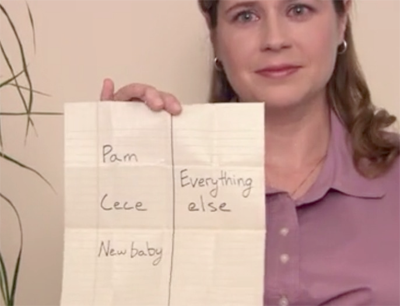 P.S. This (and the cupid comment) is even funnier when you remember that Birthday Boy Jeff Probst actually officiated Jenna Fischer’s wedding.

Jay, care to comment on your…stamina… and how it affected your gameplay? It’s funny because I also like to refer to players like Colton and Skupin as pre-merge evacuators.

My vote is still for Bruce “I can’t deuce” Kanegai.

Another graduate of the Brad Culpepper School for Counting. “Yeah, I did it” is actually 4 words.

Instead of a favorite comment this week, I’m going to consult the oracle herself, Pam Beesly. Tambaqui had the magic 8 ball in Survivor: Amazon, and we have Beesly.

“Pam, how did you feel about Bill Cosby years before we knew he was a perv?” 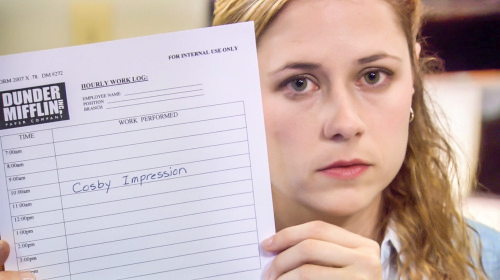 “Pam, if you were on Survivor and made the merge, how would you play? 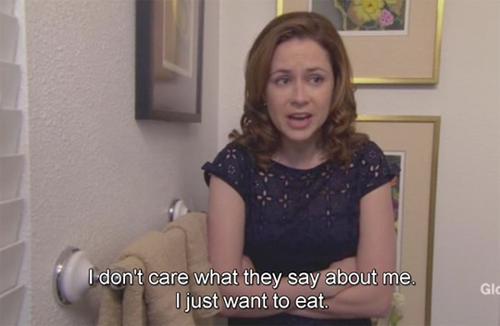 “Pam, are you okay with Michaela leaving us so soon?”

“Pam, if you were Hannah, what would you be telling yourself after the Michaela boot?”

“Pam, how would you define Jay’s mindset after Michaela got votes?”

“Lastly, Pam, do you have any advice for the contestants with the merge?”