Kyle Jason has become the thirteenth castaway to be eliminated from Survivor: Kaôh Rōng – Brains vs. Beauty vs. Brawn.

The 31-year-old Bounty Hunter from Detroit, MI was voted out after a closely fought immunity challenge where he was second behind Cydney until he dropped his blocks. Jason was on the outs after losing his last two allies, Scot and Julia, over the past two episodes. He tried to convince Cydney and Michele to vote alongside him, but his ideas fell on deaf ears. Even though Tai decided to target Michele and use his extra vote, Jason voted solo for Joe. Everyone else voted Jason out. 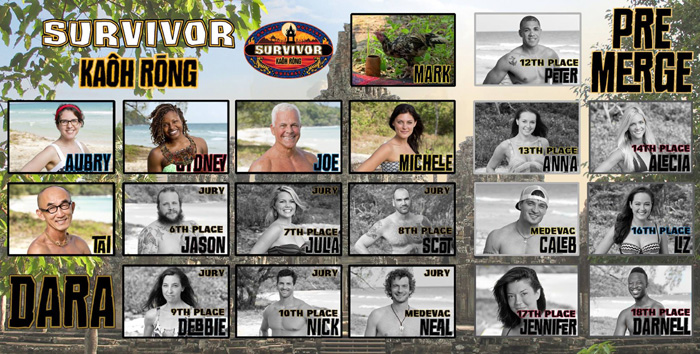 Update On Survivor Seasons 41/42 and Beyond