Normally I write the State of the Union address after the strategy blog, but this week was different. I guess with it being May 4th I was too excited to write about the Star Wars references. I won’t spend too much time delaying your eventual scrolling down towards the good stuff, but I do think that this past episode does merit some breakdown.

Jury management in the game of Survivor, or any competition-based reality TV for that matter, is incredibly tough. To win the game, you need the jury votes, but to get to that stage, you very well might have to make a move that will prevent you from getting jury votes. This conundrum is the reason why players that typically go on immunity runs from the minority, especially Mike Holloway and Fabio Birza, tend to have less blood on their hands and more jury votes in the urn.

The bright spot of the blemish that is the Matsing tribe is, of course, Malcolm and Denise. I’ll stay away from talking about the “intentional Matsing” here, but rather focus on the bond between Malcolm and Denise. When the two originally joined forces and did the “woogity woogity” from Rocket Power to cement their alliance, the two were joined not for their physical prowess, but their admiration and perceived respect for each other. In working together throughout the majority of the game, their bond grew deeper and both eventually developed very similar strategic résumés.

I know this is a Survivor blog, but the next reference is too fitting to overlook. After a summer of working together on Big Brother Canada Season 2, Jon and Neda faced an end-game situation that was similar to that of Malcolm and Denise. Both pairs had been working together for a long time, effectively made the same moves, and pissed off/gained the same people. After winning the Final HOH (non-BB fans can equate this situation to winning the final immunity challenge with a Final 2), Jon decided to vote out Neda, his longtime partner, instead of Sabrina, the clear goat, and weaker player. For many reasons, Jon’s move was a good one, but the one I want to highlight lies in Neda’s jury speech. Before she voted, Neda wittingly said: “I’m voting for the person who played the best ~ slash my ~ game.” When it counted, Neda voted for the game that was very similar to hers because she respected her own game. I like to believe that Denise and Malcolm targeting each other at the Final Four was in the same vain – together, their games are less effective, but when separated, unbeatable. Additionally, Malcolm voted for Denise out of respect for their mutual game.

While it was a few episodes too premature, I believe that Michele’s voting Julia out bears incredible semblances to these power duos breaking apart with one glaring difference. With a full grasp on and respect for Michele’s game, Julia will likely advocate, whether vocally or subliminally, for her at Ponderosa. By getting rid of Julia, Michele gains a jury vote if she makes it that far, while also her proving loyalty.

May the Fourth be with you! With this episode premiering on Wednesday, May 4th, 2016, I see no other course than to move this state of the union address to a galaxy far, far away.

I am, by no means, a Star Wars expert, so I consulted with my friend JJ for some of these references. As I learned, however, the Star Wars universe is super massive, and there’s bound to be some controversy over these. He doesn’t read my blog so feel free to hate him (and me too, I guess) if you don’t like these pairings. 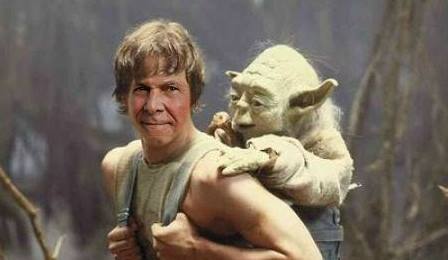 Joe is Luke Skywalker. No, not the cool Luke Skywalker that did things for three movies. Joe is the Luke Skywalker that you totally forgot was supposed to be in the new movie, but was still billed as a main cast member. Will Joe’s presence in the end game be monumental like Luke’s? Probably not, but I am confident that people will be looking for Joe’s vote just as hard as they looked for Luke throughout the galaxy. 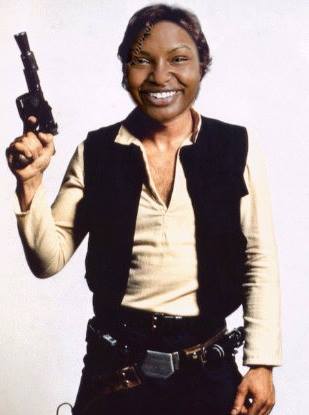 Cydney spent the beginning of the game at Totang, developing relationships and allegiances with those that could be considered morally questionable. Han Solo did the same, initially tied to the allure of smuggling and the relationships with Jabba the Hut. Like Han, Cydney’s intentions are with the prize in mind (“It’s a me game, not a we game”). Both Han and Cydney have been praised for their witty remarks, which makes me wonder, is “Don’t check me boo” the new “I know”? Even if it isn’t, I’m sure that Cydney would respond to “I know” with a “Damn Debbie.” While I’m unsure if Cydney’s fate be that of Han at the end of “The Force Awakens” or “A New Hope”, it’s clear that she’ll play a part. 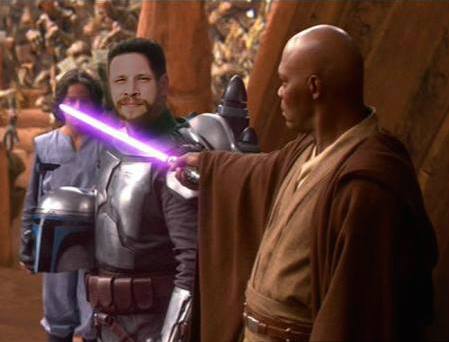 After making a few Django (Unchained) Fett references to myself, my source and I decided that this was the best fit for Jason. Apparently, people have been calling him Kylo Ren all season, so you people keep doing you. On the obvious front, both Jason and Jango are bounty hunters. Regarding motivation, Jason follows the way of a Mandalorian, willing to do anything to help their children. Plus, Jason’s unique choice of tattoos is as distinctive as a Mandalorian suit of armor. Like Jango, I imagine that Jason’s fate in the game is not a good one. What would be interesting, however, is if Jason somehow makes the finale and loses (dies) in front of his kids at the reunion. 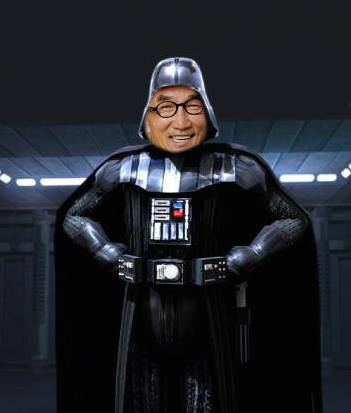 Nobody has struggled with the internal struggle between good and evil more than Tai. In the Star Wars universe, the same goes for Anakin Skywalker/Darth Vader, who went from the light side to the dark side, and eventually back again. This trajectory is incredibly present in Tai’s game, starting good, aligning with Jason and Scot, and moving back towards the “good” side with the #wow incident. When Darth Vader betrayed the Emperor, his actions eventually cost him his life. Tai’s choice to move away from Scot and Jason will have similar implications, preventing any chance of him winning the game. 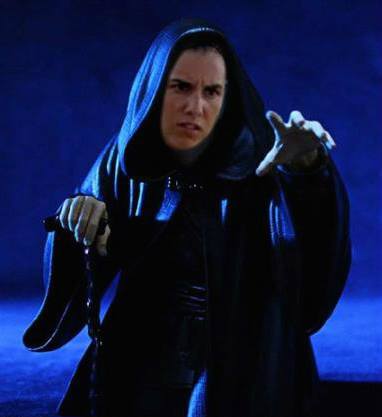 In a Brains tribe that contained huge personalities such as Peter and Debbie, Aubry was shown to be effective at getting her way; this was incredibly apparent in Aubry’s ability to reason with Tai and have him follow his heart and not his head. In the same vain, Palpatine (Aubry) used his manipulative skills and foresight to turn Anakin (Tai) to the dark side. While the comparison doesn’t lend well to her eventual fate, both Aubry and Palpatine are a force to be reckoned with and by the time that people realize it, it might very well be too late. 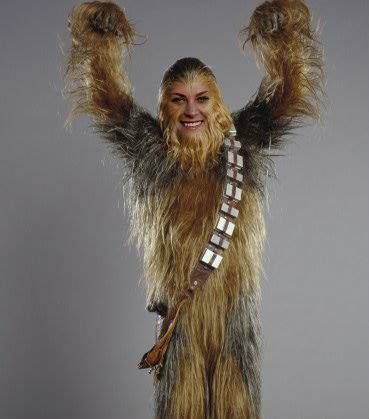 I don’t get why people adore Chewbacca. I do, however, get why people are singing Michele’s praises this season. Both Michele and Chewbacca present themselves more as secondary characters who are in the mix of everything. I wasn’t sold on this comparison until my source brought up Chewbacca’s actions towards the end of “The Force Awakens”. [Star Wars Spoiler Alert] As Kylo Ren stabs Han, Chewbacca enacts the rational move over the emotional one by not running towards and fighting, but keeping his distance and shooting. He saw the writing on the wall and made a hard decision that ensured his longevity. This train of thought, while it takes a trip down the rabbit hole, is how I viewed the Julia boot. Michele obviously would have liked to save Julia, but her keeping her strategic distance (voting her out) is the best thing to ensure that she stays alive.

Let’s take a trip further down the rabbit hole (through hyperspace?) and see what these predictions mean for the rest of the game. The only three people that stay alive are Palpatine (Aubry), Chewbacca (Michele) and Luke (Joe). I’ll follow along with the Palpatine reference and say that Aubry wins after a Final Tribal Council speech proves how well she played. Jason will leave in sixth place, Tai in fifth, leaving Cydney the final boot before the FTC. I’m going by the Star Wars timeline on these deaths/boots, but I can totally see them playing out this way. Jason is the obvious target, Cydney could be booted late for her chance at winning, and Tai is also perceived as a jury threat. The major rub here is how and when Tai will play his idol.