There is one final step to Edgic which we have not yet addressed this season. Each week we rate the players based on their edit in that particular episode, but there is also an overall rating we can assign to each player for the season. In this post, we take a look back at the season and the players who have been voted out and assign each of them an overall score based on the legacy we feel each one left. For more information on how Edgic works, you can read our Introduction article.

How is the overall rating decided?

While the overall rating is informed by all of a player’s ratings in an aggregate, it is not always a straightforward average. Sometimes a player’s overall impact is greater than their individual ratings. For example, Tony consistently received CPs in Cagayan but is remembered as more of an OTT winner. It is more about a player’s lasting impression on the season. That is how we will determine the overall ratings for each player this season. 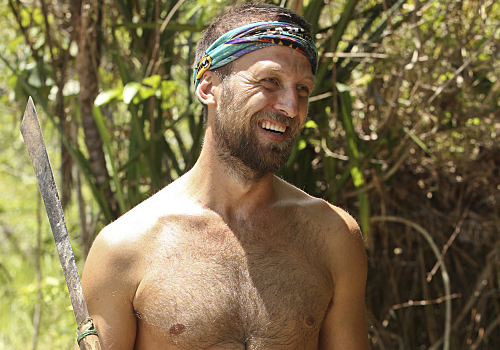 The first boot is probably the easiest person to rate because their entire season is literally represented in one episode. The same reason Vytas was CPN in Episode 1 (the negative SPV, creepy yoga, “smarmy” etc.) is the same reason his overall rating is CPN. There was no time for him to recover or develop beyond the off-putting yogi who wore uncomfortably tight underwear. 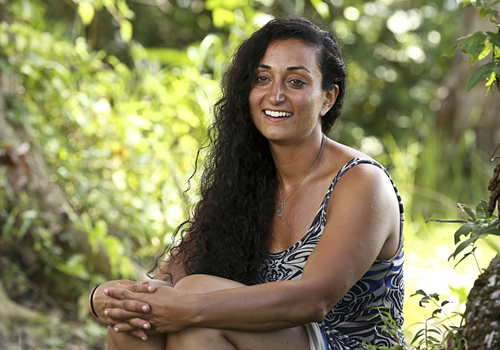 Shirin’s story was the player that played too fast and got burnt. She controlled the first vote and then was voted out in Episode 2 for being seen as a threat – confirmed by Terry in Episode 3 when he talked about her elimination as a feather in your cap. Her tenure included a close bond with Spencer and a betrayal of Abi-Maria. Both events led to tears. For the first time on Survivor, Spencer cried about having to vote out his friend – the birth of him embracing his feelings which have been a huge part of his character arc. Abi-Maria cried over feeling betrayed and neglected by Shirin. This gives Shirin an overall mixed CP rating. 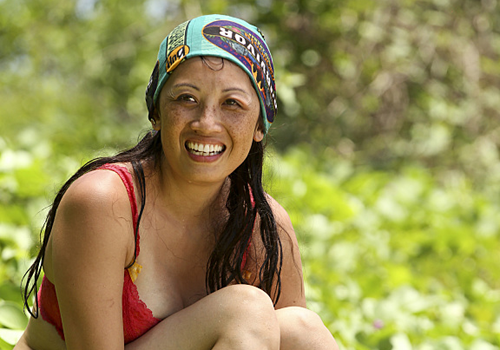 Unfortunately for Peih-Gee, her second chance story is tied directly to Abi-Maria. She will be remembered for being the person that f**ked with Abi and ended up dead. The edit never particularly focused on Peih-Gee’s strategy or long-term plans, it mainly revolved around her reactions to Abi. Even though it happened in the first episode, “bracelet-gate” will be Peih-Gee’s legacy this season. Her overall rating is MOR – a secondary character. 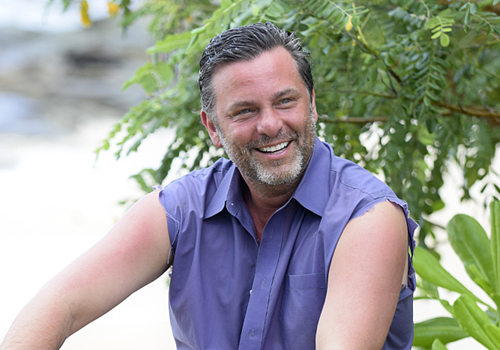 Jeff Varner will undoubtedly be the most remembered pre-merge character of the season. His story was that of the old school player who had received not only a second chance at Survivor but also a new lease on life. He was the narrator of the game for the whole time he was in it. And not just a boring narrator, he was also the one stirring up lots of trouble.

It wasn’t always positive, but it was always entertaining. It was funny. It was messy. Hence the mixed tone. No fourth boot has ever received such a strong edit and because of that, you can tell the producers were thrilled with the entertainment Varner provided. If any of these pre-merge characters were to be asked back, you can bet Jeff Varner would be at the top of that list. 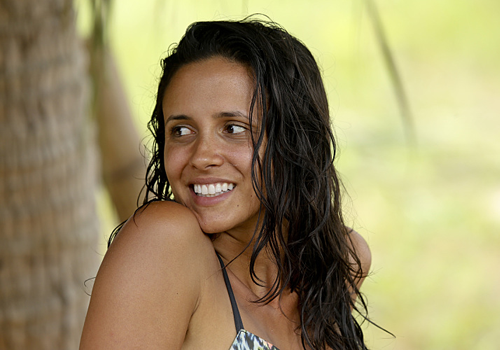 Monica’s overall rating could so easily be INV, but she just scrapes into UTR because of clams. She gave Kimmi what little story arc she’s had this season, as a deep run player who doesn’t have a grasp on how to play. Monica was the first to suggest keeping the women together in a season with strong alpha male themes, and Kimmi was dismissive and negative towards the suggestion. As the game winds down much later, we now see a confused and on the outs Kimmi harkening back to Monica’s idea, grasping at anything. Monica’s presence highlighted where Kimmi has been going wrong all along. All wrapped up in the imagery of clams. 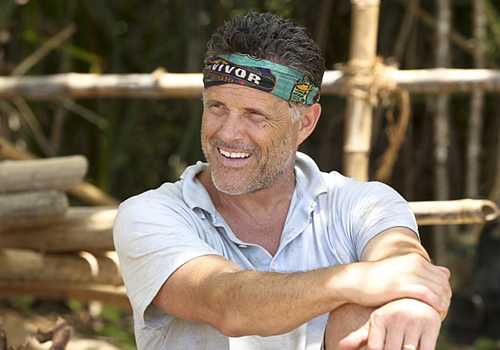 Terry was the image of old school this whole season. Though he showed one episode of growth, the rest of the time he was enjoying his experience on Summer Camp Island until his son’s life was in danger and he had to leave the game. He was there to have fun and to be a good dad. He didn’t show any real game complexity hence his overall MOR rating. 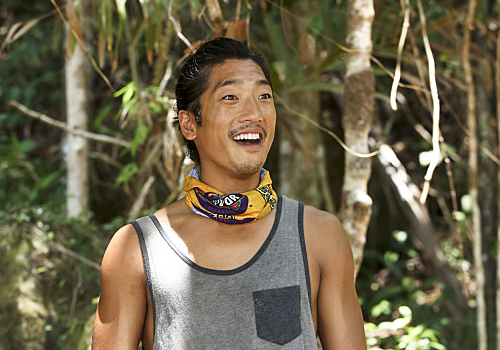 Overall Rating: UTR
Tag-line: Out Of The Loop

Woo could very well be that player that you struggle to remember in a years time when you’re trying to name all 20 contestants from this season. Even Kelly Wiglesworth will be remembered for being the new Purple Kelly, and at least Monica will always have clams. Woo didn’t really have a stand-out moment. The game happens all around Woo, and his head spins trying to catch any of it. He had some fun moments, like at the challenges and showing temporary backbone, but he was always shown to be out of the loop, and his decisions were always wrong. His theme was always being out of the loop and as a result making the wrong choices. But you won’t even remember those choices; you’ll just remember him being out of the loop. 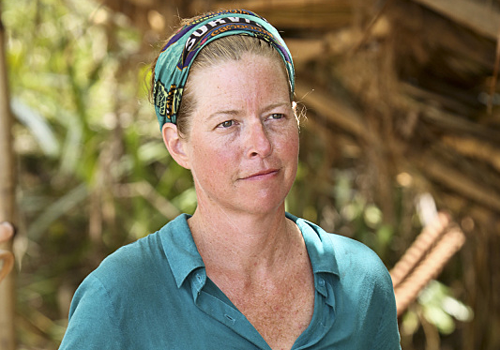 Kass started her second chance season wanting to change people’s perception of her. For the first half of the game we saw the calm and compassionate Kass, but as we reached the merge, the Kass we all know and love-to-hate came out to play. When Kass is winning, or in a majority and can play her own game, she makes people bracelets. When she’s on the outs, the famous chaos comes out, and she loses trust and the game. That was her story-arc. She had a confused, complicated game of love and hate. Hence the mixed tone CP overall rating. 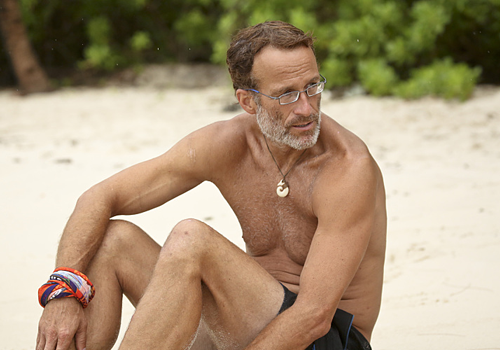 Overall Rating: OTTM
Tag-line: Where Are Your Morals?

The character of Andrew Savage this season was the guy with the perfect life who takes everything super seriously and always talks about honor, morals, and integrity. To Savage, weakness is a sin. He turned into a parody of himself. He’s an example of someone who is just the sum of his parts. All his ratings and tone added together is exactly how he’ll be remembered. As an over the top, Gaston-like, good-looking, athletic hero, raving about morals and ethics, but when things don’t go his way, he’s a petulant child on a warpath burning down the houses of wimpy non-leaders. But it was he who went up in flames. He basically became a new Rupert. 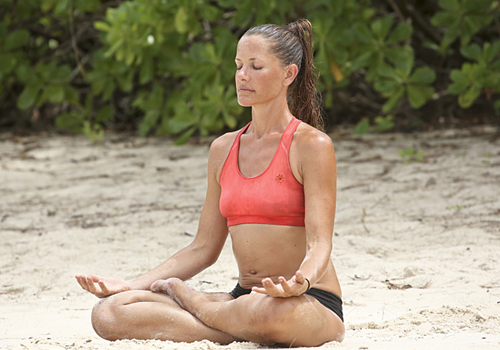 You may be asking yourself, if Kelly Wiglesworth has almost all UTR ratings, then why isn’t her overall rating UTR? Again, as we stated, a person’s overall rating isn’t always a straightforward average. We have to look at what their overall impact on the season was and what the editors were trying to say with this particular character. You need to take a big step back and look at what Wiglesworth’s mark was on the season. The edit hid that Wiglesworth was ever a part of this season. The definition of INV is a character that is edited to be irrelevant or insignificant to any of the stories. Regarding story… they don’t have one. It is used to convey an extreme sense of absence. Bingo. That fits the edit of Kelly Wiglesworth perfectly. 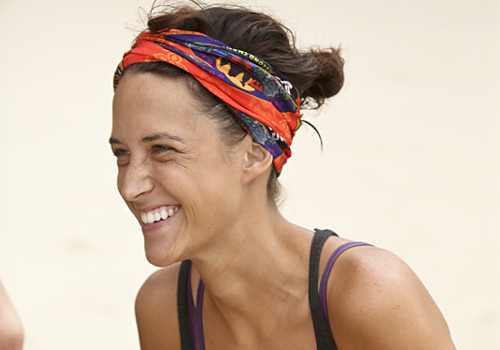 Ciera wasn’t always present, but when she was, we kept hearing one mantra from her over and over again: play the game. Her goal was to play fearlessly and be able to go home to her family proud of the game she played. She was validated time and again as a force to be reckoned with. She successfully fought her way out of the bottom through several votes. Her legacy is that of a player. 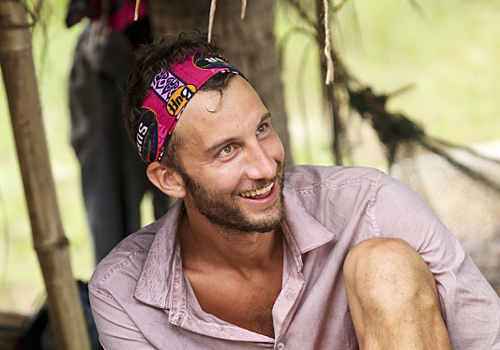 Stephen had such a mixed, up and down edit that he is by far the hardest to rate overall. But what you have to look at is his overall impact on the season and what he’ll be remembered for by the casual audience. Though he is known as being a strategic player if he was to make the DVD cover of this season, what would it be for? It would be because he was the nerdy guy that couldn’t chop wood, quoted poetry, and literature, scored an own goal at a challenge, cried a lot, and was always talking about the game with awe and reverence like every single moment was historic.

Everything with Stephen and his edit was extreme – just look at his final moments when voting for Joe! He was a very entertaining, over-the-top character. Which is what gives him an overall OTTM edit.

Those are the overall ratings for the twelve eliminated contestants so far. In the upcoming episodic Edgic posts, as well as discussing the edit of that specific episode, we will also assign the overall season rating for that week’s eliminated player.

Episode 2 Recap – Death of a Salesperson