The first two seasons of Survivor South Africa feel rudimentary in the grand scheme of things. They have enjoyable casts and fun storylines, but the gameplay, for the most part, is straightforward, even with the twists that are thrown in. The third season of Survivor SA brings local celebrities in to shake things up while raising money for the charity of their choice.

Santa Carolina is where we finally start to see cross-tribal alliances form and be effective. Despite its rocky start with two quits and a near medevac, this season introduces a more cutthroat approach to the game, with mixed results from the players involved.

At long last, the host we have come to know and love has arrived! Nico Panagio breathes new life into the franchise, and it’s easy to see why he has become such an iconic staple of the Survivor SA franchise.

Chibudu is the red tribe of the pre-merge. Not many tribes have as rough of an early start as them. Two of their tribemates, Christina Storm and Jub Jub Maarohanye, end up quitting in the first two episodes. They lose the first immunity challenge and have to vote out one of their biggest guys, Garth Collins, due to injuries sustained in the first challenge. Things go up from there, with much of the credit going to challenge powerhouse Okkert Brits. They only lose one more immunity challenge and are able to make the merge at a level playing field with Timbila. Outside of their difficult beginning, they are the undisputed kumbaya tribe of the season. 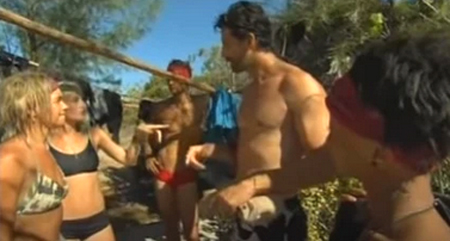 Chibudu’s underdog story may have made for a nice watch, but they were no match for the sheer chaos of Timbila. Everyone has a different philosophy going into the game, and all go to great lengths to justify their decisions when it suits them. The core alliance of Ashley Hayden and Kas Pillay is the one constant throughout Timbila, but even they continuously sway on who they feel is the best target for their long games. Whether it’s Darren Maule’s idol misadventures, Louw Venter’s outbursts, or ProVerb Thekisho’s relaxed view of camp life, the dynamics are never boring on the blue tribe. Not to mention, I’ve had their team chant stuck in my head for several days. 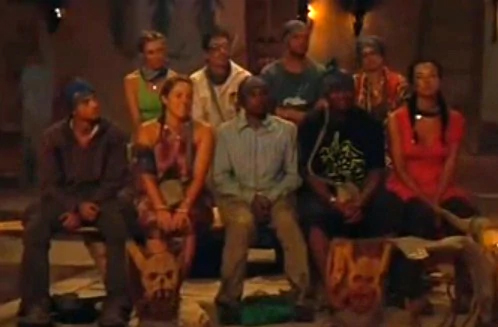 Kululama is the name of the merge tribe for this season, and yes, it’s very fun to say. When the merge initially starts, it appears the third season will follow its predecessors, with the castaways sticking to their original tribe loyalties. Thankfully, thanks to the women’s alliance and the general shenanigans of Izak Davel, this is not the case. 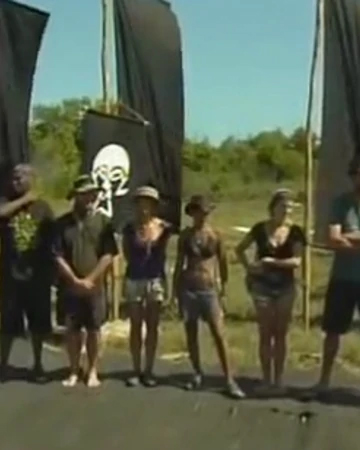 The shell tiebreaker is back in Santa Carolina, but only for the first tie when both candidates (Louw Venter and Hanna Grobler) have the same number of previous votes cast for them. After this, all tiebreakers (and there are a few) are broken by the person with the most previous votes cast against them being sent home. This becomes instrumental to the strategy of the post-merge.

Darren Maule certainly stands out in the early phases of the game, but it’s for all the wrong reasons. While the likes of Ashley and Kas are forming alliances left and right, Darren is repeatedly left in the dust, trying to change the tides with very little support. Just when it appears to be curtains for Darren, he is able to find a much-needed idol. This season idols are played before the votes are cast, so this idol doesn’t do much other than keep him safe for one more round. Still, by doing so, he cemented himself in Survivor SA history as being the first contestant to ever play their idol. 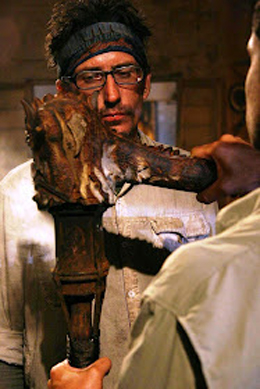 Tensions between the Chibudu and Timbila had been brewing for some time in the pre-merge, but things come to a head when the tribal kidnapping twist comes into play. Each tribe selects an ambassador to take one item and one teammate from the other tribe’s camp. Timbila’s kidnapping goes by with little fanfare, but Chibudu has the idea to hide all of their most valuable possessions before Louw arrives. Safe to say, Louw does not react too well to their smart play, and things only get worse when they don’t help him look for anything. Ultimately, he leaves Chibudu with a chicken and Gys de Villiers, much to everyone’s dissatisfaction.

Izak Does What He Wants

After the merge sways the numbers in Timbila’s favor, it seems obvious that the remaining Chibudu members will be picked off one by one. Once challenge beast Okkert loses individual immunity, the choice seems even more apparent. However, things aren’t so simple for Izak, who respects Okkert and previously promised he wouldn’t vote for him. When it’s time to vote, Izak goes rouge and throws a vote to Gys, leading to a 4-4-1 tied vote between Okkert and Louw. Louw loses the tiebreaker due to having more votes previously cast against him, and the tribes are evenly split once again. 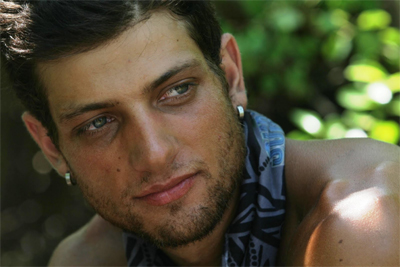 The Women’s Alliance is Formed

This is the moment that the season turns on its head. Up until this point, alliances on Survivor SA were almost exclusively with your original tribe. However, Ashley knew she needed another plan to protect herself after Louw’s shocking elimination. Opportunity presents itself on a silver platter when GiGi van Schalkwyk, Sade Giliberti, and Ashley are all selected to go on a reward together. It’s here that Ashley proposes an alliance between the three remaining women in the game.

The alliance carries them all the way until final four, with the men none the wiser until they’re voted out. It was a genius plan, one that required all three of them to be in sync while still appearing to be on opposing sides. Rarely do we get to see women’s alliances work out as well as this one. Simply put, it was brilliant. 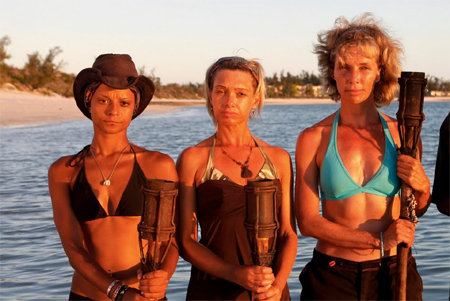 There are a few blindsides in Santa Carolina, but none hold the same weight as the one pulled on Kas in the final five. This is a pivotal moment for Ashley, who is masterfully maneuvering between the women’s alliance and Timbila alliance. Until this point, no one on her original tribe suspected that she had planned to move forward with the women’s alliance.

So, when she tells Kas ahead of time that she’s voting him out, to say h’s shocked is an understatement. Kas does not react to his ousting well, speaking out against Ashley for all the time he has left in the game. It’s a classic Survivor betrayal and the first clear sign that Ashley may have a hard time swaying votes her way in the end.

GiGi had a game plan going into Survivor SA—make it as far as she could to win money for her charity. It was a simple plan, but how can you argue with the results? For all of the scheming and plotting that Ashley pulls off, GiGi plays the game that is able to garner the votes needed to win. She knew more than anyone how vital the social game was, and her jury management was spot on. Even the one ally she betrayed, Sade, jokes around with her at the final tribal council. She isn’t the winner I expected, but she is an instrumental part to the merge phase of the game. She knew her best bet to win was to let the men take each other out, and win she did. 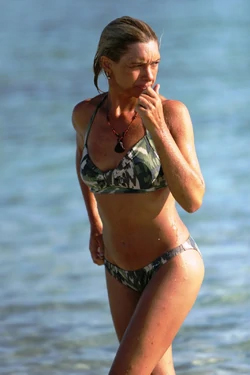 She may not have won, but make no mistake, Ashley Hayden is the greatest player you’ve never heard of. There was never a point where she wasn’t in control of what was happening around her. In the pre-merge, she aligns with the likes of Kas and Louw, then went on to add a women’s alliance in the post-merge. She also manages to maneuver the votes in such a way that she never receives any herself, meaning she’d be protected in a tiebreaker.

To this day, she remains a part of Survivor SA history as one of the only players to win 5 individual immunities in a row. Her nuanced approach to the game was impressive to watch, and while she did not win, she should still be recognized as one of the all-time Survivor greats. 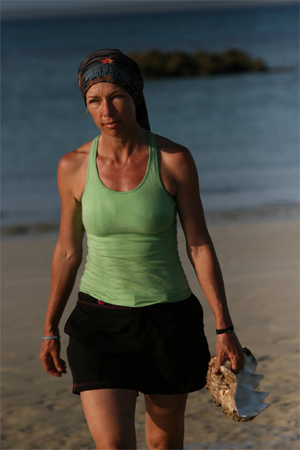 ProVerb was someone that was constantly underestimated, and that’s just the way he liked it. For a player that was voted out right before the finale, he ended the game with one of the healthiest mindsets regarding ethics in a reality competition show. It wasn’t a surprise to me that he was such a delightful contestant, but his never-ending optimism was a bright light on a season where many jilted players took the game far too seriously. ProVerb laid low and paved the path he felt was best to get to the end. Despite falling short, he remains one of my favorites for his unconventional strategy and positive mentality, both of which were ahead of their time. 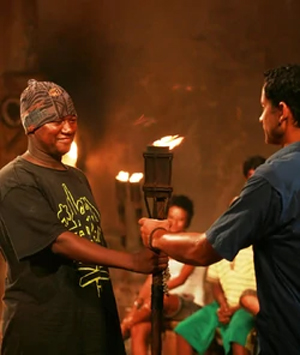 Sade was the third member of the women’s alliance and a clear threat to win throughout the season. She was great at challenges, had a solid social game, and had a mind for the strategy. Unfortunately for her, her likability could only get her so far, and she didn’t have the instinct to see that Ashley and GiGi would betray her in the end. Nevertheless, she was gracious with her loss and was one of the few jurors to take it in stride. All in all, she held her own and was a strong presence from beginning to end. 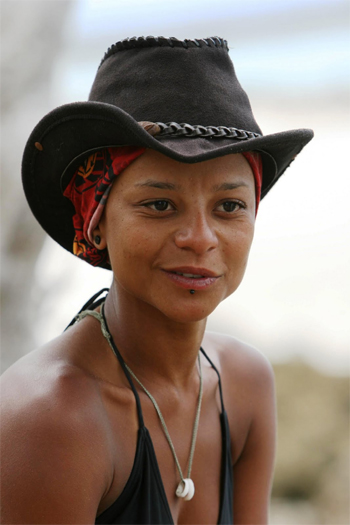 Kas had an interesting arc in Santa Carolina. He started the game being “voted out” by his competitors, with no one knowing that the vote was actually for who would be picking teams. From there, he was able to work his way into a comfortable alliance that controlled Timbila. After the tiebreaker at the merge went in their favor, Kas thought it was smooth sailing for him and Ashley to the finale. However, Ashley had other plans and voted him out with the women at the final five. Kas’ reaction was less than pleasant, and his jury speech reflected that. It’s unfortunate that he ended his game on such a sour note because he had a great underdog story beforehand. 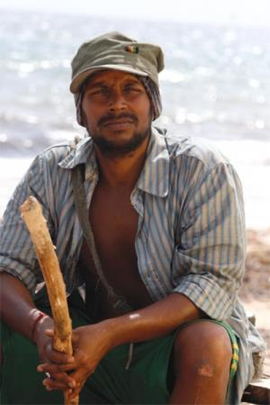 When I first watched Survivor SA: Santa Carolina, it was one of my least favorites. Now that I have watched it a second time, I hold the season in much higher regard. Yes, the premiere and the jury segment are undeniable downers, but everything in between makes for riveting television.

The tribe dynamics, the multiple tied votes, and the work of the women’s alliance are truly a sight to behold. We got cunning gameplay during a time when many players still held a holier-than-thou attitude, which was unfortunate. Despite that, this season still provides many underrated gems that make the season well worth the watch.