On the recently aired Survivor: Worlds Apart finale, Shirin Oskooi delivered an impassioned speech at the Final Tribal Council directed at the three finalists and her fellow jury members. It will very likely go down as one of Survivor’s most memorable jury speeches. She unburdened herself of her past, stood up to her tormentors, praised Carolyn and Mike, called Will a “dead fish”, and even referenced Survivor: Borneo’s Sue Hawk. Shirin also mentioned that she made her first million dollars at 25 years old – this is the part we want to focus on for the purpose of this article.

As soon as the words left Shirin’s lips there was a visible reaction from not only the jury sitting next to her, but from the viewing audience too. It took less than a minute for fans to swarm social media and online forums to state how big of a mistake it was for Shirin to reveal that information – how it would hurt her chances on Survivor Cambodia: Second Chance now that her fellow cast members know she is wealthy.

Shirin is an accomplished, smart woman. She graduated from Brown University in 2001. She is a senior director of product management at Yahoo and previously worked at Google where she led the design, launch and continued growth of Google Calendar – the most popular online calendar in the world. But none of those achievements made Shirin a threat or a target on Worlds Apart; nor did her intelligence and Ivy League background. Shirin was persecuted for much more personal reasons. But as soon as Shirin revealed the digits in her bank account, she was suddenly labelled a threat and predicted to be targetted very early on the upcoming season because of this. Does a player’s wealth really hold that much weight in Survivor? Do the rich even have a chance at succeeding in this game?

Newest Inside Survivor contributor Shawn Swaney takes a deeper look into this topic.

Can The Wealthy Win Survivor?
by Shawn Swaney

In its infancy, it was the strategic play of Richard Hatch and Michael Skupin falling in the Kucha campfire that thrust Survivor into the TV spotlight. Now, when fans are asked about which players have ushered in a new era, notable characters like Russell Hantz, Parvati Shallow, and Rob Mariano are on the tip of fans’ tongues. But if you ask any casual fan about Carl Bilancione, you will be met with a resounding sound of confusion.

Few remember the affluent dentist from Winter Springs, FL, who finished 14th in the third season of Survivor; which brought castaways to the Shaba National Reserve in Kenya. A member of the Samburu tribe, Bilancione is most notable for being the vocal leader of the “older” alliance; also consisting of Teresa “T-Bird” Cooper, Frank Garrison, and Linda Spencer. If you do remember Dr. Carl, you likely remember Silas Gaither badgering him about his wealth and excess of cars. While Lindsay Richter became the target of this “older” alliance, Dr. Carl (and his work hard attitude) quickly became the target of the other four, younger tribemates. 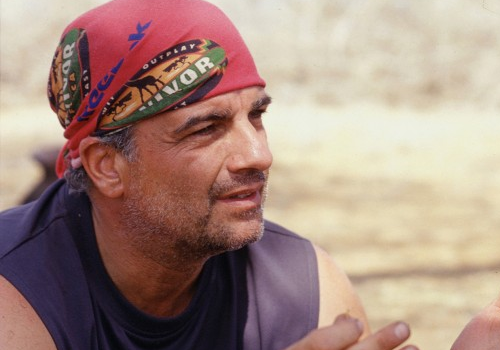 After a few rounds of a trivia tiebreaker, Dr. Carl is the first member of the Samburu tribe to leave Kenya. In retrospect, was Dr. Carl the right person to vote out? If so, Season 3 plays out like normal, and Ethan Zohn is a millionaire. If however, Carl is viewed as a stronger tribemate than say, Linda, maybe Samburu wins an extra Immunity challenge and walks into the tribe swap with numbers. I’m not saying that Dr. Carl survives one Tribal Council and then shimmies his way to the victory, but I do believe that Dr. Carl was singled out for his socio-economic status.

In the earlier seasons where alliances weren’t the dominating force, castaways used far different factors to determine their vote. Whether it was money, lack of a good work ethic, age, or, alphabetical order, any reason to be singled out was a reason to receive votes.

Enter Clay Jordan, the 46-year-old Restaurant Owner from Louisiana. In the very first Tribal Council of Survivor: Thailand, Jordan received a vote from Helen Glover strictly because she deemed that “he didn’t need the money”. It’s not as if there weren’t plenty of other reasons for Clay to be disliked; he would go on to lose the Final Tribal Council vote 4-3. If Clay wasn’t affluent, does he get the extra vote and go on to win Survivor: Thailand? What a chilling thought that is.

Quickly a precedent arises – the rich person is either a great target or the perfect goat to sit next to at the Final Tribal Council. The curse of being rich is almost as worse as the stigma for tribal leaders being the number one target. For the next few seasons proceeding Thailand we were deprived of the quintessential wealthy cast member, but the groundwork had already been laid for the future of Survivor. 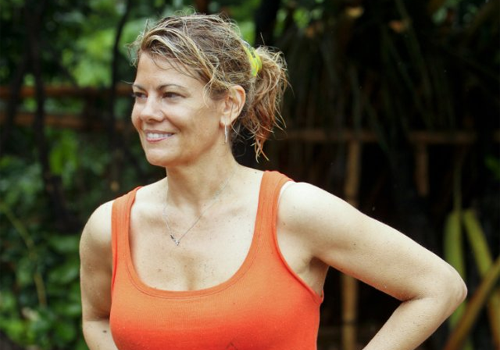 Let’s play a fun game. I say the name of a few castaways, and you tell me how they are related? Gary Hogeboom, Willard Smith, Russell Hantz, Lisa Whelchel, and Kass McQuillen.

You might be stumped, but if you think really hard, you’ll remember that each of these individuals had something to hide. Gary “Hawkins” Hogeboom was an ex-NFL player and, despite the efforts of Danni Boatwright, took great lengths to not appear as the financially stable ex-NFL quarterback.

In an attempt to avoid the negative stigma of being a lawyer, Willard Smith told tribe mates he was a mail carrier. In the large web of lies spun in Samoa, Russell Hantz played the part of a New Orleans fire-fighter. Little did most of the Samoa castaways know that Russell had already made a pretty penny in the oil industry. Lisa Whelchel was anything other than Blair Warner in the Philippines. Whelchel was more worried about people finding out her secret because of the monetary implications, rather than the fame associated with being a child star.

And finally, while not a lie, Kass McQuillen sold her reindeer trainer qualifications instead of telling the Brains tribe that she was a lawyer. No specific monetary implications, but again, lawyers have a reputation, and they are paid well for their services.  The list could go on and on of players that, in some shape or form, had something to hide.

“They’re thinking “Aww how cute; there’s the mom”.  They don’t know that I’m more cunning and ruthless than 95% of the population”
-Kass McQuillen (S28)

All of a sudden, there was a rapid movement to be conniving and hide anything that could be used to make you a target. There was an active movement not to accept being the rich goat, and be a competitor instead; even if it meant 39 days of deception. People were hiding jobs, earnings, or basically anything that they thought could single them out and make them a target.

At the final tribal council of Worlds Apart, Shirin mentioned that “[she] made her first million by the time she was 25.” As the super-fan probably knew, revealing her wealth (in addition to her quirkiness) would make her an instant target. She very possibly would have been voted out instead of Max Dawson after the tribe swap if they knew about her salary.

The only people that truly seemed to be excluded from this were the notable athletes. Woo instantly recognized Cliff Robinson, but Cliff soon admitted to his playing days, and it quickly seemed to become a moot point except for the oddly appropriate basketball themed challenges. For as alliance-heavy as the game has become, targets are still determined in the same way – which player is most threatening. As the casting department seems to have a fancy for ex-professional athletes (see Brad Culpepper, Grant Mattos, Cliff Robinson, Jeff Kent, and soon Scot Pollard), do these famous players need to adapt to meet a new era of the game? 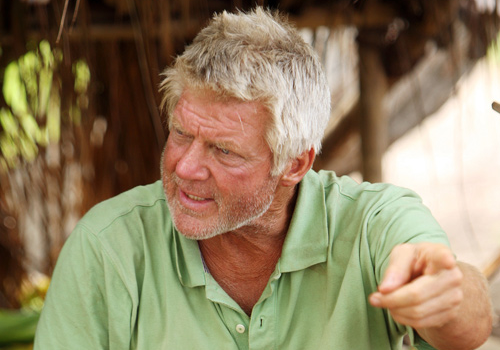 So, 27 seasons later, is money still an issue? Yes. But can the rich still win Survivor? Yes, but it’s all about how you spin it and play the game. When you look at the occupations of the Survivor winners, you aren’t met with doctors, lawyers, and investment bankers. On the contrary, you see blue collar (and thus lower paying) professions take the majority: highway construction worker, firefighter, yoga instructor, and farmer, just to name a few. While fans are quick to toss aside Survivor: Nicaragua as a poor season, the first of many trips to this Central American land holds one of the most relevant, yet wasted examples. No, I’m not talking about Wendy-Jo; I’m talking about the infamous Coach Jimmy Johnson.

If you had to pick one word that described the majority of the castaways on that season, it would be ‘starstruck’. Everyone knew who Jimmy Johnson was, so there was no chance he could “Gary Hawkins” himself an alter ego. So, in an elaborate speech to the Espada tribe, Jimmy Johnson lays down his strategic role for the game – he decides to be the rich goat. In fewer words, Johnson tells his tribe that because of his fame and wealth he essentially has no chance to win. Without any chance to win, he offers himself as the noble Final Tribal Council sacrifice, as anyone “should” beat him.

If the male members of the Espada tribe had put their egos aside, they would have had the perfect goat on their side…well for a while that is. Once it gets down to the end-stages of the game, no one cares if you are rich or not; it becomes a moot point. While Jimmy makes himself a case for the perfect Final Tribal Council goat, I think he’s the perfect person to take out as the game whittles down. If, like in South Pacific or Worlds Apart, you’re sitting with a solid alliance and need a boot, why not the rich guy? So, to answer the question at hand, yes, the wealthy can win Survivor, but the likelihood of this rapidly drops if the person is famous because of their money. No one cares about the granola company owning Brendan Synnott as a millionaire threat, but everyone has to worry about the ex-baseball/football superstar who has a nine-digit bank account.

As we approach the 31st season of Survivor and welcome back castaways from all eras, we acknowledge the drastic maturation of the game. Gameplay in Borneo is considerably different than it will be in Cambodia (brace yourself, Wiglesworth). As a fan, it is refreshing to know that as twist upon twist is added to the game, the social reasoning seems to be a constant. The deceptiveness and social maneuvering that endears many to watch remains an ever-present theme.