Over the past four months, people, Americans and world citizens alike, have been dealing with a pandemic forcing them to have limited social interactions with anyone outside of their own homes. The start of quarantines during Covid-19 forced the lifestyles of people everywhere to stand still. This seclusion allowed for news that usually only catches the attention of a few to be captivated by all. The senseless murder of Ahmaud Arbery, immediately followed by the police killing of George Floyd, and the rediscovery of the police killing of Breonna Taylor caused an uproar in the Black community.

A group of people who have been collectively suffocated by all types of racism dating back some 400 years ago, would now have the support of millions all around the world during what we should call “The Black Lives Matter Movement.” This movement has allowed for structural change to come about, ranging from fortune 500 companies standing in solidarity to police reform in various cities. But the fight is far from over. People have been given the courage to speak out against acts of racism, implicit biases, and all in between that aids in the oppression of minorities at every level.

Reality television has a long history of underlying race issues that make it difficult for Black, Indigenous, People of Color (BIPOC) to assimilate in these coveted spaces. Competitive reality shows like Big Brother and The Bachelor have struggled with diversity and inclusion across most of their seasons. Recently, The Bachelor franchise announced its first Black Male Lead in over 18 years and 40 seasons. Big Brother, time and time again, faces scrutiny for racist acts involving contestants that one could argue come to light because of the lack of diversity across every season. Even Survivor, while progress has seemingly been made, often missteps and continues to have a number of issues to be addressed both internally and externally.

As of May 2020, there have been 40 seasons of Survivor, within those twenty years there have been almost 600 contestants, some playing multiple seasons, and less than 90 of them have been Black. When BIPOC are cast on Survivor, they often get shortchanged by the edits, most times because they may not last long in the game, an issue that is often grounded in implicit biases.

Black castaways have an entirely different experience before, during, and after their seasons. While a psychologist is available for every castaway prior to filming, it always helps to speak with like-minded people of the same race who have been through this journey as well. That brings us to the “Soul Survivors,” a group of Black individuals who have all had the opportunity to play the game of Survivor. It started as a Facebook development, and, now, given the current climate of the world, this special group of African Americans is seeking active change both in reality television and subsequent life.

The Soul Survivors plan on rolling out a series of events with the intent of improving the state of the reality TV world and working to combat systemic racism in communities all across the nation. Last week, on Juneteenth, we went public with an image to express solidarity with our fallen, those who have been victims of police brutality and other injustices in our country. This picture conveys the message that it could have been any one of us. So, if you care for what Black castaways contribute to the Survivor community, you should care for them as well because #ALLBlackLivesMatter. 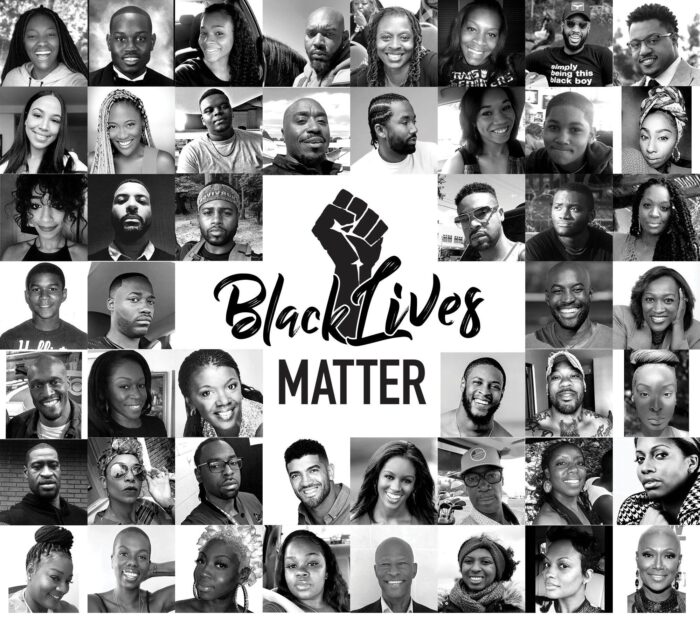 On Monday, June 22nd, a petition was released for anti-racism action, with the hopes of persuading executive producers of Survivor to reflect and honor the racial diversity of our society and combat systemic racism by abiding by terms listed. You can sign the petition here: https://sign.moveon.org/petitions/a-petition-for-anti-racism-action-by-survivor-entertainment-group-2

On Wednesday, June 24th, 8e/5p, Rob Cesternino will host a roundtable discussion geared to elevating the Black voices in the Survivor community. He will speak with various Soul Survivors to teach his audience more about their experiences playing the game and the unique challenges they face on and off the island. You can tune in at: https://robhasawebsite.com/black-voices-of-survivor-roundtable-live-wednesday-june-24-8e-5p/

On Friday, June 26th, 6:30e/5:30c, the Soul Survivors will be hosting a virtual event entitled “Tribes and Tribulations” moderated by Nicole Symmonds. This will be an in-depth conversation on the African-American reality television experience. You can watch at: https://www.jtiaphd.com/tnt 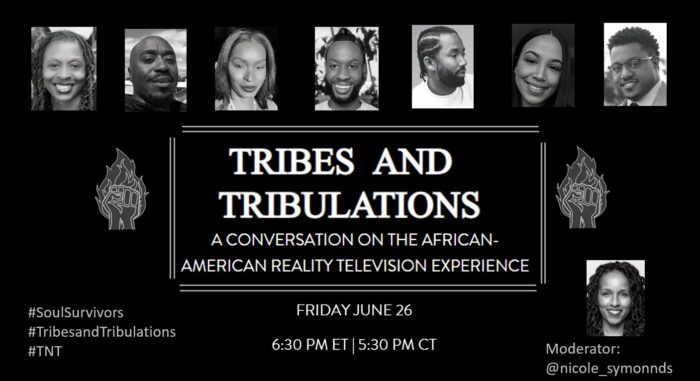 The Survivor fandom has also lent their support in creating a Twitter account that focuses on Survivor diversity and will highlight various players, initiatives, events, etc. Follow them for more @SurvDiversity.

In the coming weeks, more initiatives may sprout all with the intent of uplifting Black voices and doing some good in the communities that need our love and support. The year 2020 will be remembered forever as the year the world was able to finally have clear vision and force active change. We thank you, all allies, for fighting alongside us in these efforts to change the world.

Davie is a 32-year-old Social Media Manager currently residing in Atlanta, GA. He competed on Survivor: David vs. Goliath, in 2018, where he finished in sixth place.