So, I’m sitting on my couch on Wednesday, May 18, watching Jeff ascend to the stage of the live finale with the urn in hand, about to announce whether Aubry, Tai or Michele was about to become the new Survivor champion. Like every season at this point, I wait with breathless anticipation for those votes to be revealed. After witnessing the final tribal council, I’m confident where the votes are going to go. The person who I thought had played the best game, the person who I had deemed the focus of the narrative the entire season, the person who I perceived to be getting the mythical “Winner’s Edit” was going to be declared the winner of Survivor: Kaôh Rōng.

Then the votes were read, Michele won the game, and I was dumbfounded.

Throughout the entire season, I had been an Aubry person. From early on in the season, I latched onto her, and as the season went along and her story gained more traction as she emerged as a real power player, I became pretty convinced that she would be the eventual winner. But how could you ignore the “Michele truthers”, you ask? I was certainly aware of them and did think that their argument held a lot of merits. But I never fully committed to the idea for one simple reason: Michele wasn’t the focus of the overall arc of the season and, therefore, I believed, didn’t have the narrative support like Aubry did.

My belief in Aubry’s story over Michele’s was rooted in the deep-seated knowledge I have after watching Survivor for so many years. The winners are often the focus of the narrative because they’re often the players driving the action in the game, but this is an instance where that keyword “often” comes into play. A player who was on the fringes of the narrative ended up being the winner this season, and it surprised me, despite all of the evidence that was staring me right in the face. 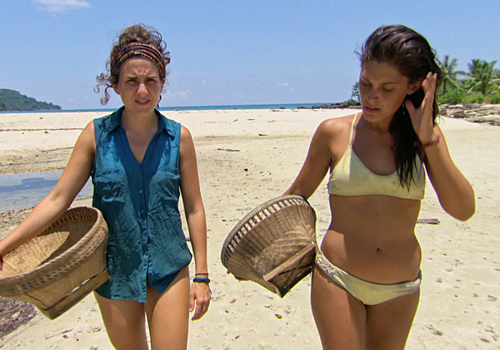 Now that the season is all said and done, and the ending to the story has been told, I’ll gladly admit to a mea culpa. But I’ll also say I was justified in believing in Aubry the entire way because the ending kind of proved me correct as well. You see, over the course of the season, I was reminded of something crucial that all Survivor fans should remember going forward. The story of the season isn’t created in the edit, but as it happens out on the island, and that the producers are ultimately beholden to the story that happens while the castaways are playing the game.

That’s not to say that the producers don’t create things through the edit – they absolutely do. The entire language of Edgic, between rating, tone, and visibility, is based on all of the creative storytelling decisions the editors make in post-production, but those decisions are rooted in the decisions and actions the players make in the game. It’s a simple idea, but one I think people sometimes forget. I often see chatter online making statements like “why couldn’t player x have gotten a bigger edit” or “if player x had a different outcome, they would have had a different outcome.” Yes, it’s fun to think about those hypotheticals, but it’s also rather fruitless. The narrative happened exactly one way, with defined groups of main, supporting and bit characters, and that’s what the editors have to translate into a TV show for us at home. To quote a certain Survivor Know-It-All, each Survivor player is the hero of their own narrative, but it’s the editors’ job to coalesce all of those stories together into one cohesive story that tries to stay true to what happened on the island to the best of their ability.

(Side Rant: Can we please as a community stop saying what “content” any given player has during any given episode? The players are not collections of data on an Excel spreadsheet, they’re real, living people, who each have their own story, so let’s stop describing them as such please?) 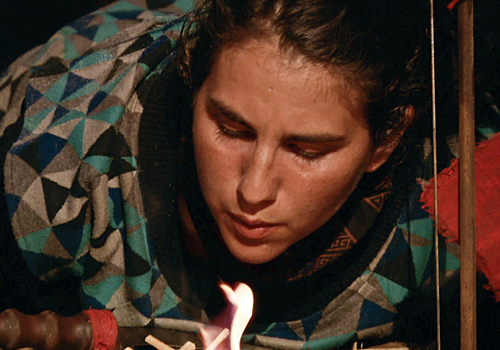 The reason why I flag this idea up as being important is that this season, more so than any other season in a long time, really highlighted the difference between the “edit” of the season and the “story” of the season, especially in the context of the winner. Looking at the individual stories of Aubry and Michele, now knowing the ending to the entire season arc, it’s easy to see the discrepancy between the Aubry truthers and the Michele truthers. This result is being compared to several jury decisions from the past, most notably Natalie White besting Russell Hantz in Survivor: Samoa. The standard interpretation of that season’s narrative is not “Why Natalie won”, but rather, “Why Russell lost”, after playing one of the most aggressively strategic games in history, but one that diminished and put off a lot of the jury members. Using that same logic, it’s easy to say that the story of this season could be interpreted in similar terms, but I don’t think that’s the case.

Rather than “Why Aubry lost”, the story was “Why Aubry could have won but she didn’t.” Sure, that’s a reductive statement that could be true in any Survivor season, but the reason I believe it rings truer this time is that Aubry was the driving force behind the strategy of the game, which is what dictates the narrative of the show.

It certainly helps that Aubry was a superb confessional-giver, providing narration that was thoughtful and articulate, giving the audience a great window into what was happening on the island. Plus, she had a great growth narrative, going from somebody freaking out over the harsh conditions, to someone making huge moves in the game and proving her mettle in the challenges; making a transformation from “neurotic nerd to a geek warrior.” She overcame enormous obstacles along the way, from medivaced allies to super idols, culminating in a triumphant fire-making challenge victory that sealed her spot at the final tribal council. A moment like that would have been the perfect capper to a great winner’s story. But alas, it didn’t happen. 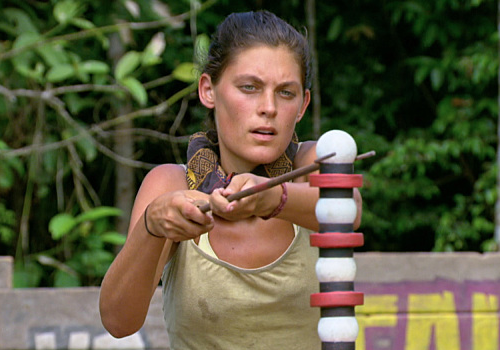 Contrast that with Michele. While Aubry was doing things on the island to create a winner’s story, Michele was saying things in the confessionals to create a winner’s edit. From what I saw, a lot of the Michele winner’s edit argument centered around Michele being inserted where she didn’t need to be to increase her visibility while saying things that are textbook winner’s edit quotes. All of those Michele confessionals feel out of place because they weren’t relevant to the main action of the story because Michele was never a leading player on the island. The first time she really had to make a decision that impacted her game was the Julia vote at the Final 7, her most visible episode up to that point. All of the Michele moments before that stuck out so noticeably because they were irrelevant to the story being told up to that point.

All of this may seem obvious in hindsight, but I think it’s important to highlight just how unusual Michele’s story was for a winner, and how the editors had to present that to the audience at home. To compare this to a previous season, look at Mike Holloway during Survivor: Worlds Apart. While this season was going on, I heard chatter comparing Michele’s edit to Mike’s, but I think they couldn’t be farther apart (worlds apart, even). Mike was a main character for the entire season and, after his auction blow-up, was THE character the story revolved around, as his immunity streak allowed him to be a driving force of the action for the last chunk of the game.

Michele was almost the opposite, somebody who was on the fringes for a majority of the story and only graduated from supporting player to leading player very late in the season. What they had in common was the overbearing presence of their edit, with them getting a lot of screentime saying stereotypical winner things. They were two completely different stories packaged in a similar way, which is why I was so skeptical of the Michele truthers along the way. Michele may have had the winner’s edit, but she didn’t have the story of a winner.

From a game point of view, while I was rooting for Aubry, I think Michele is a very worthy winner. She made strong relationships with the jury members while being a genial, warm, steady person in the game, and won a couple of key challenges to boot. All great ingredients in winning Survivor. I’ll admit that it took me awhile to see the reasons why Michele’s game would trump Aubry’s, but now thinking back, I realize that the signs in the story were there. She was nervous at times, lacked conviction at tribal council, and didn’t announce her big moves to the jury. All these things could have hurt her in the end, but they were all coupled with, what I perceived to be, a great game that served as the basis for a strong season-long narrative. It just didn’t happen. Instead, the majority of the votes went to Michele, somebody whose game isn’t as TV-friendly, as it ultimately didn’t create as many plot points that the season could rely on.

From a storytelling perspective, Michele’s win is an historical anomaly. She might be the least relevant person, respective to their season’s overall arc, to ever win Survivor – but I think that’s wonderful in its own way. It shows that, just like there’s no one right way to win Survivor, there’s no one right way to tell the story of how someone won Survivor. For those hoping that Kaôh Rōng will inform how future seasons are edited, I say don’t hold your breath. This one was just a really weird story, an outlier compared to a lot of the seasons that came before, and (hopefully) the many seasons that come after. An exciting and suspenseful outlier nonetheless, filled with great characters, big moments, and a truly memorable ending that will live on in Survivor lore for years to come.