Throughout the history of Survivor, many castaways have attained the glory of making it to the final tribal council, pleading their case to the jury, and winning the million dollar prize. Many, many more have fallen short of this ultimate goal and are left with the disappointment of knowing that they could have done more. Very few people in the history of Survivor, however, have had their time cut short for reasons that transcend the process and strategy of the game. This special edition of the Swaney Strategy Blog will look closer at these select few.

The first type, and most prolific style of the game ending prematurely is a medical evacuation. First seen on Survivor: Australian Outback when Mike Skupin fell into the fire, medevacs have unfortunately had a prominent presence in Survivor’s history. 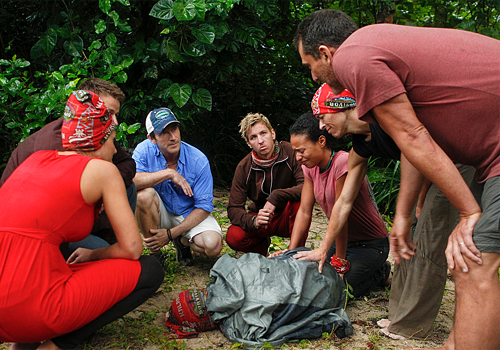 To date, there have been 12 medical evacuations, all with varying degrees of severity. For this number, I include castaways like Dana Lambert, who were clearly in medical duress and quit on their own volition. While you could argue that certain medevacs could have been avoidable (James not cutting his hand on a clam in Micronesia and Russell Swan taking camp life easier in Samoa to name a few), the concept has been a strong enough presence on Survivor to spur a medevac returnee season in Survivor: Philippines. In all of these cases, no amount of strategy could have saved these castaways from their unfortunate fate.

Next, we have the quitters. Unlike medevacs, these people have, for whatever reason, quit the game on their own volition. Arguably the most prolific case of quitting occurred during Survivor: Nicaragua, where both Na’onka and Purple Kelly quit because the game was too tough and demanding. I reference these two first because I think their excuse holds the least weight. Castaways like Kathy Sleckman, Janu Tornell, and Lindsey Ogle have quit for more extenuating reasons, but a quit nevertheless. 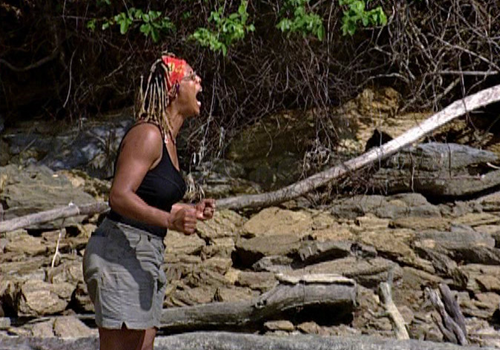 Then, in the part of Survivor history that no one really wants to remember, there is Grindgate I and II. While only the events of Grindgate II were directly involved in a castaway quitting, the events of Grindgate I are incredibly relevant to the topic of focus for this special edition. Grindgate I, an incident of questionable nighttime grinding from Ted Rodgers on Ghandia Johnson, brought the game to a standstill and dealt with the very real aftermath of an incident of sexual assault.

Very rarely do the happenings of the outside world affect the fate of Survivor. The most applicable and heartbreaking moment so far in Survivor history is the story of Jenna Morasca in Survivor: All-Stars. Chronicled well during her time in the Amazon, Jenna’s mother had been going through an arduous 12 year battle with cancer. After receiving “a vibe…and a feeling that she needs me there”, Jenna pulled herself from the game. While some debate if Jenna had outside information, one thing stands starkly clear – for Jenna, family meant far more than playing Survivor for a moment longer. 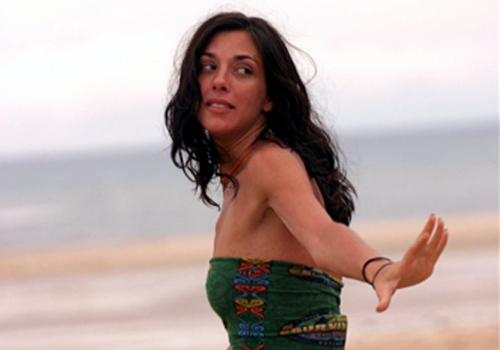 Again, Jenna pulling herself from the game took the castaways in Survivor: All Stars away from the scheming and the strategy, while reminding them that there were things outside of the game to play for. In one of his more profound quotes, Big Tom Buchanan stated something along the lines of (re-written to use comprehensible language), “If my family dies in a car crash, I don’t want to know about it. I’m in the game now and will deal with that when I come back.” This heartbreaking statement presents a situation to each castaway: regardless of anything good or bad, they give up knowing any information about their lives back home for approximately a month and a half.

Last night, Terry Deitz joined the group of castaways that have pulled themselves from the game. Terry’s son, Danny, had to be put on the heart transplant list. Fortunately, Danny is now working towards recovery after receiving a new heart. Very quickly after Probst visited the Ta Keo beach to speak with Terry, they were on the boat back. I’m incredibly glad that the editors of the show took the time to include Probst’s conversations and confessionals with players like Ciera, Savage, Wiglesworth, and Kass. Situations like these humanize these uber strategists and remind both players and audience why they are playing the game. 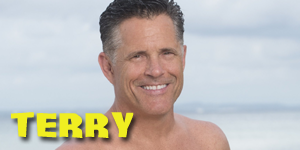 While I often praise the cutthroat and manipulative, this honorary Swan Award gladly goes to Terry Deitz. Even though he waited for over 9 years for his second chance, Terry chose family over reality show redemption. Survivor is big, but family and life are far, far bigger.

Winner of the Swan Award is…

Danny persevered through a successful seven-hour heart transplant operation and is on a great path to recovery. He’s making the most of a true second chance.