Hello world, this is a section of the internet where I give my plebeian predictions of the next episode of the Survivor season, based on the trailers and whatever sneak previews we get for the week. Heading into Episode 11, we’re down to nine players left in the game, with Tyson back to the Edge of Extinction after surviving three Tribal Councils since re-entering at the merge.

During the last episode’s Tribal, a total of three different advantages were played: Jeremy’s Safety Without Power, Sarah’s Vote Steal, as well as Kim’s Hidden Immunity Idol. The vote left the tribe split into two somewhat even groups, with Tony, Sarah, Sophie, Nick, and Ben emerging in the majority voting correctly, against Denise, Kim, Michele, and Jeremy, who are left in the minority. As the jury pointed out, Jeremy abandoned his alliance during Tribal when he played his advantage. I feel that some distrust would have been sowed, however, it wouldn’t drastically impact Jeremy’s chances of recovering this week.

It is also worthy to note that Michele voted for Tyson. While we don’t know the full picture behind her choice, it signals to me that this divide doesn’t seem that fixed moving forward and that the players are adapting very fluidly to changes every week. I won’t be at all surprised if the alliance lines are redrawn over and over again throughout the coming episode.

With Tyson out of the main game, it does seem like the big threats alliance has dissolved. To give a brief recap, a four-person alliance of Tyson, Jeremy, Tony, and Ben, was formed in hopes of protecting each other, the supposedly bigger, more overt targets left in the game. However, there was a 2-2 split where Tony and Ben targeted the other two guys last Tribal. I feel like the three remaining men will be in separate alliances moving forward, but still keep each other safe on the down-low. 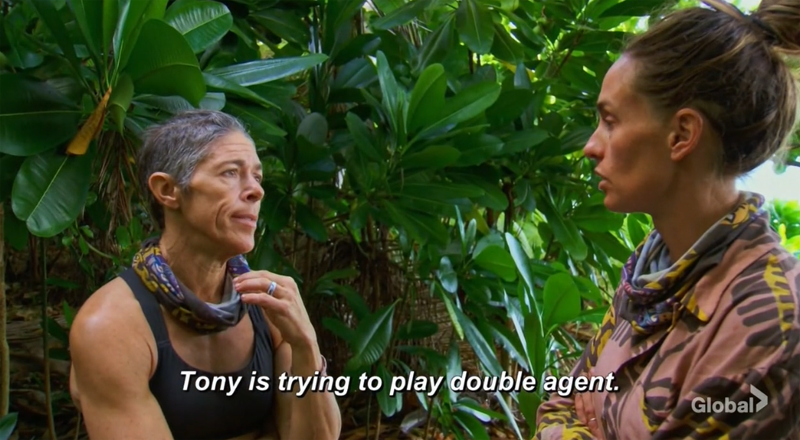 Much of the trailer and NTOS centers around Tony. First, Kim tells Denise that Tony is trying to play a double agent role, likely vacillating between the two large groups on the tribe. This is also revealed in the episode description, which states that one player “goes undercover to infiltrate a group they want to vote out.” I feel like this means that Tony approaches the minority group—Kim, Denise, Jeremy—with a plan on working together and blindsiding someone in the majority.

However, playing a no-frills double agent game is too straightforward for the wild Tony we know. It just isn’t a position I can see Tony be content with. In the preview trailer, we see him telling Jeremy that “everybody” is going to blindside him. Hyperbole aside, this appears to be Tony causing his own added confusion to the pre-Tribal tension. This then leads to Sarah resolutely telling Kim and Ben to disregard whatever Tony says and to stick to their plan.

Tony gives a confessional expressing, “I’ve been patient long enough, now I have the opportunity to flip-flop,” adding on to the episode description, which reads, “one player that has been playing it cool finally goes to work and searches for an idol.” This obviously refers to Tony as well, as there have been more than a few occurrences throughout the season where he mentions he’s been put under house arrest, behaving himself to avoid being seen as the chaotic rogue he is. 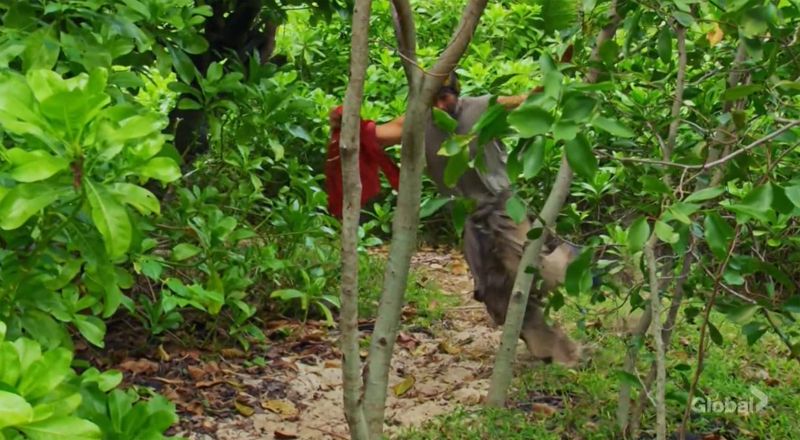 Because of all this foreboding, I’m predicting that Tony is successful in finding the idol, which is what gives him the confidence and assurance to amplify the chaos and flip-flop between alliances. I think Tony is playing for the semi-long run, planting doubt in other players, while turning alliance members against each other. I predict he pulls his plan off, and amidst all the lies generated, he’ll be able to eventually control the coming vote.

Finally, I think that Tony will target Sophie, so as to cut off Sarah from her closest ally, leaving her more dependent on himself and Ben. My second guess would be Kim, as it doesn’t seem like Kim and Tony have been able to really trust and work with each other long-term, even though they’ve been together since Day 1 and through the swapped tribe.

Leave a comment below with your predictions for Episode 11 of Survivor: Winners at War!

3 responses to “Next Time On Survivor – Episode 11”