FAMILY MATTERS — The dominant story of the most recent episode was, of course, the family visit, which practically took up half the run-time. It was the biggest family visit of all time, with multiple loved ones appearing in Fiji, both in the game and on the Edge of Extinction.

The importance of family and playing for loved ones has been threaded through the season, particularly in Tyson’s storyline, and that makes sense given this was the final destination. Tyson even said that his main motivation for coming back was to get his family out to the island. He achieved that goal, which meant his story was tied up, and therefore his elimination here felt appropriate. It was similar to Joe Anglim’s story arc in Second Chance.

It’s difficult to look too much into the family visit edit-wise as pretty much everyone receives emotional content, to varying degrees. But it’s worth noting a couple of things. Ben, Sarah, and Tyson were the three to receive confessionals back at camp about their loved ones. I believe there was even a shot of Ben and Sarah’s kids playing together, which could suggest a closeness. Over on the Edge, Amber and Parvati got a lot of focus, and there was a possible foreshadowing moment of Natalie asking her baby niece to “give her good vibes for her last challenge.” 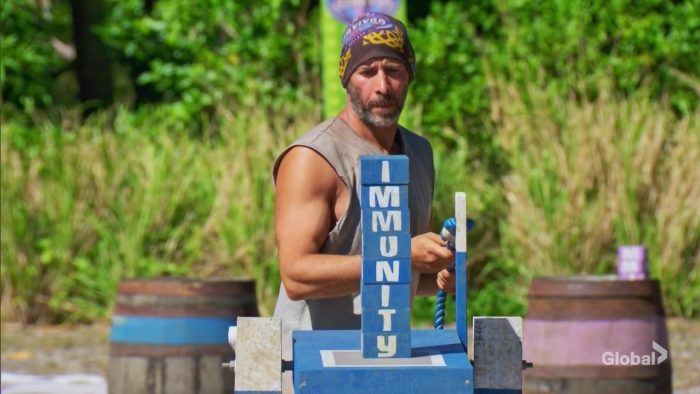 TONY ON PROBATION — The “lions vs. hyenas” story took a backseat in the latest episode, but Tony still had a significant role. His first-ever Immunity Challenge win tied into his “probation” storyline that dominated the early pre-merge. “I won a game of patience,” Tony laughed after his win. Being patient and not reverting to old Tony ways has been a recurring part of his narrative. He even admits in confessional that “slow and steady” isn’t what he’s made of. “I’m usually made of fast and sloppy.”

This almost felt like a conclusion to the “probation” storyline, with the Immunity win acting as a sort of validation that Tony succeeded in playing it patiently. Now, the question is whether he returns to more high-tempo gameplay, and if so, whether that will be his undoing or his making.

JEREMY ON THE OUTS — There was a lot of talk of Jeremy being on the outs and “friendless” in the past episode. He didn’t feel like his voice was being heard, especially in his conversation with Tony. And he was brought into Kim’s alliance because of his outsider status. However, he then abandoned that alliance at Tribal Council by using his Safety Without Power advantage. So Jeremy being friendless could be a running arc.

KIM MAKES A MOVE — Much like Jeremy, Kim felt like she was on the outs last week, and she made it clear that she was willing to go to the Edge making a move. She backed up her words with her idol play on Denise at Tribal Council, even if it didn’t pay off. It will be interesting to see if Kim continues this gutsy play in the coming episodes. 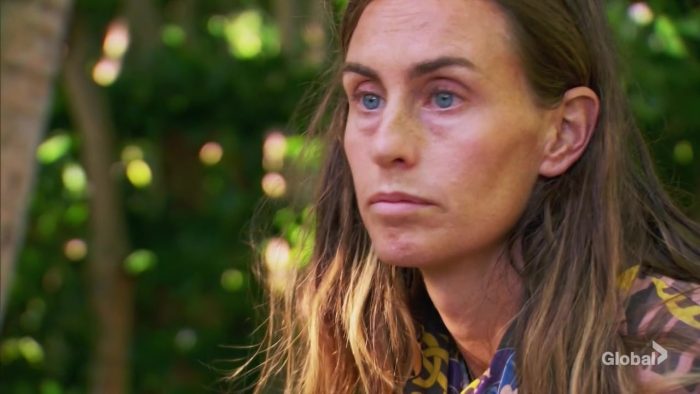 FIRE TOKENS REPRESENT YOUR LIFE — There wasn’t much time for Fire Token chat in the last episode, but we did see Tony earn himself two tokens for winning Immunity.

Again, the edit is hyping up the chaotic, fluid nature of the game, meaning that alliances are being underedited. This only got worse in the latest episode with so much air-time spent on the family visit.

COPS R US — The alliance between Sarah and Tony has had the most consistent focus across the season. In the past two episodes, though, there has been some tension in this pairing. While they are clearly aligned, the edit is playing up their disagreements.

In the previous episode, Tony questioned Sarah’s move to give her reward to Nick, explaining to her why he thought he was a mistake. The edit backed up Tony’s summation of the situation. This episode, Sarah and Tony disagreed over the target. Sarah pushed for Kim, while Tony said he’d prefer Tyson. In confessional, Sarah said that “talking to Tony is like talking to a rock,” and that if they didn’t get on the same page, “this is going to end badly.” 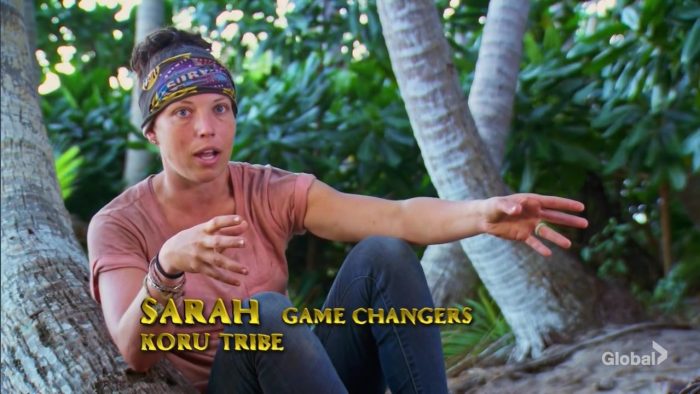 They did eventually get on the same page as Tony pushed for Jeremy’s elimination, explaining to Sarah that Jeremy was coming after her (which we saw to be true). Again, this ties back to Tony saying he would look out for Sarah this season. And even after Jeremy used his advantage, the cop duo remained on the same page at Tribal, taking out Tyson.

I’m not sure whether these humorous bickering sessions are setting it up for the Cops R Us to eventually break apart. Or if it’s just to add some tension to the dynamic, especially if both go deep into the game or even potentially to the Final Tribal Council.

SARAH & SOPHIE — They were highlighted as a dangerous pair by Jeremy, and we saw a scene of them together discussing how to use Sarah’s Vote Steal advantage. We haven’t heard them talk about each other much in confessional, but there has been an attempt at least to associate them as a pair.

DENISE, JEREMY, KIM & MICHELE — The alliance figurations that came together in this episode were very strange. There was very little explanation of why certain people were working together. Suddenly, the “big threats” alliance had disappeared, as had partnerships like Michele & Nick.

This foursome (plus Tyson) was named as one group, but I doubt it’s lasting as a serious force. Firstly, because Jeremy bailed on the group at Tribal. And secondly, Michele didn’t even vote with them, though we only know that because of the vote reveal footage on YouTube.

BEN, NICK, SARAH, SOPHIE, TONY — The opposition group was also lacking in detail. We know that Sarah & Tony are together, and, to a lesser degree, we know about Sarah & Sophie’s relationship. Ben is somewhat linked to Sarah and Sophie, and it was even mentioned in passing that Ben & Sarah are close.

Nick’s part in this group made very little sense, and he didn’t get a chance in the episode to explain his position or why he’d abandoned Michele. Again, I doubt this grouping will be a long-term thing.

After several weeks of keeping Michele in the top four contenders, I’ve finally made the decision to remove her. Her edit has been lackluster post-merge, but particularly in the latest episode. She was positioned into a new alliance with no explanation, even though she didn’t end up voting with that alliance. She actually voted correctly. I just think if Michele was the winner, the edit would have explained her position here.