LIONS VS. HYENAS — This is perhaps the most consistent narrative of the season, and it only grew more prominent in the merge episode. Upon hitting the merge beach, this story of “big threats vs. little threats” took center stage as Ben and Tyson discussed keeping the big targets together lest they get picked off. It wasn’t long before we had a coalition of lions comprised of Ben, Jeremy, Tony, and Tyson.

Tony has been the main focus of this storyline from the start (he was the one that gave it the name of “lions and hyenas”). And I found it interesting how he was edited here. While Ben was quick to label it “big threats” vs. “little threats,” Tony corrected him to say not “little threats,” but “lower profile.” It made it seem like Tony wasn’t arrogant about his position. “They’re good players,” he said about the likes of Adam, Michele, Nick, and Wendell. “But they’re low profile. They’re not in the spotlight.” I think that was a good look for Tony, as he wasn’t underestimating the skills of these lower-profile players. Sarah said something similar when she referred to everyone remaining as lions, it’s just who has the biggest mane.

On top of this, Tony was proven right with what he said last week about Denise’s flashy move making her a big target and, therefore, a good shield. Denise was dubbed the “Queen Slayer” at the merge feast, and the likes of Jeremy, Sophie, and Wendell spoke about how much of a threat she is to the point she became a target of the vote before she won Immunity.

Lastly, there was some potential foreshadowing of a Nick vs. Tony battle within this narrative. Tony referred to Nick as a “hyena,” a scavenger who waits on the outskirts while the lions go at it and then comes in to pick up the scraps. The edit then played into this with a montage of Nick skulking around, drifting in and out of people’s conversations. So I think the interactions between Nick and Tony will be worth keeping an eye in the coming episodes with regards to this storyline. 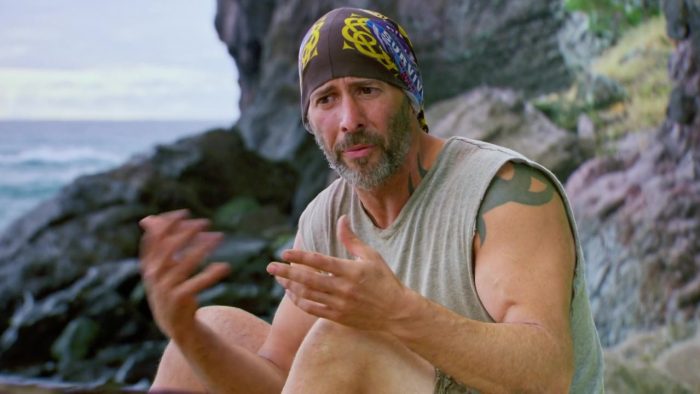 FIRE TOKENS REPRESENT YOUR LIFE — We saw the effect of fire tokens in the latest episode as the Edge of Extinction inhabitants bought advantages and idols ahead of their Battle Back challenge. Meanwhile, in the game, tokens were not only offered to the Immunity Challenge winners, but they were the talk around camp too.

Tony mentioned being “poor” and not having enough tokens to buy anything. Denise regaled the tribe about Sandra’s fire token offer that cost her the game. During the rainstorm, Tyson suggested spending tokens on a tarp, to which Wendell said, “I’ll let one of these rich folk buy it.” And, of course, we ended with Wendell willing his tokens to Michele and Nick.

Tokens remain a hot topic of the season, and as more tokens are earned, the more the narrative will center around them. We could end up with a story of the rich versus the poor as the merge rolls on.

ADAM THE SCARED — Adam continues to have one of the biggest edits of the season. He remains an outsider, struggling to fit in with any group and often referred to as untrustworthy. In this episode, he was shown to be scared (both in the Immunity Challenge and before Tribal), fretting about his fate in the game. His testy relationship with Ben also continued.

This is really a story about Adam hanging on against all the odds. How long will it go on for? Who knows? I think in another timeline, this could have been a potential underdog winning story. But the edit has undermined Adam so much this season that I can’t see this one having a happy ending.

OLD SCHOOL VS. NEW SCHOOL — This is the storyline that just won’t die. The talk of old school and new school still dominated a lot of the conversation. Adam made a couple of references to all the old-schoolers being wiped out pre-merge. Before the Battle Back, Rob talked about how the old-schoolers never got off the ground, but that they don’t quit. And Tyson was billed as the lone old-schooler amongst the field of newbies. 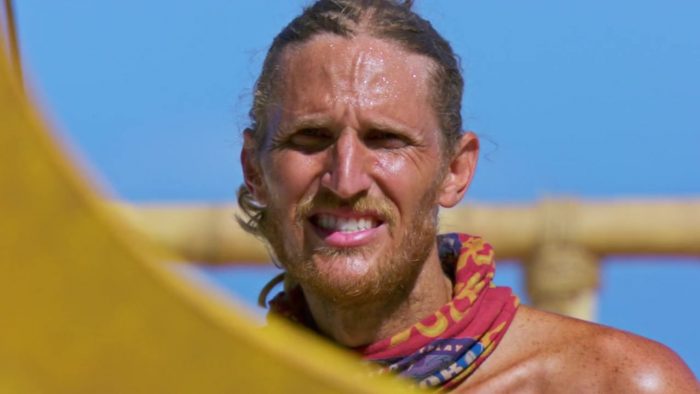 FAMILY COMES FIRST — There have been little sprinkles of family talk throughout the season, most prominently in the premiere, and it was mostly centered around Tyson. That came back into play in the latest episode, and, once again, it was Tyson at the forefront. He got choked up about his two little girls back home and whether he was making the right decision sticking around on the Edge.

It really feels like we’re heading for a big, emotional family reunion for Tyson at some point this season. However, knowing that everybody this season gets a family visit, whether on the Edge or in the game, it doesn’t really tell us much about where Tyson ends up.

This was kind of a strange episode in the sense that a lot of the pre-merge alliances didn’t receive focus. For example, no Cops R Us scene, nothing of substance between Sarah and Sophie, or the Denise, Jeremy, and Kim trio, or Jeremy and Michele. There was no follow-up on the Sarah/Tyson relationship or Nick wanting to work with Tyson. I find it hard to believe that all of these are irrelevant, so I put it down to a lack of time given all the events going on in this episode.

MICHELE, NICK, & WENDELL — This trio received a bit of focus, in the sense that Wendell mentioned being close to them both, and all three ended up on the outs (or voted out in Wendell’s case). But there was a terrible lack of consistency.

For the past three weeks, we’ve seen this awkward beef between Michele and Wendell based on their past relationship. Michele has talked about her distrust of Wendell and how she would get rid of them. But that storyline completely disappeared in this episode, as did Michele. 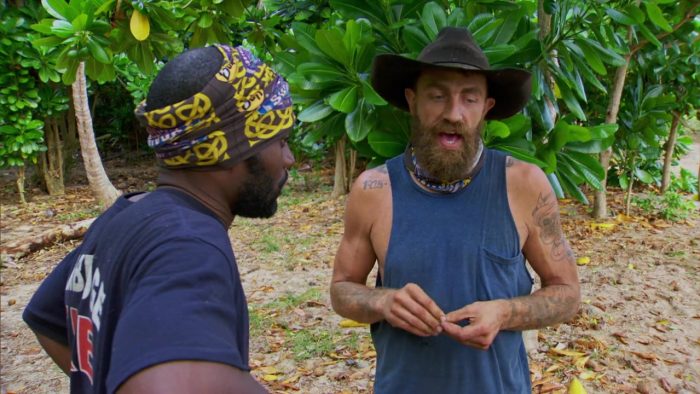 BEN, JEREMY, TONY, & TYSON — I’m not sure if this should be considered a legitimate alliance or just a temporary voting bloc based on their perceived threat level. But we did see them together discussing the vote in several scenes. That said, they weren’t always on the same page, and Sophie was also shown to be aware of this foursome. So I don’t see the four sticking solid for too long.

ADAM & DENISE — The only pre-merge alliance to get a mention here was Adam and Denise. When Jeremy brought up Adam as a target to Denise, she talked about how she would be okay with it. She said that her plan is to just go with the flow, which was mentioned a lot in this episode. Then later she told Adam to “trust the process,” and, ultimately, she voted with him and kept him around.

Does this alliance have more legs than it originally seemed? Maybe. But I think Denise putting it out there that she is willing to cut Adam is probably not the greatest sign for this duo’s longevity.

As I’ve said before, I’m pretty low on anyone who originally started on original Sele winning, but I like to at least keep one or two in the conversation for the sake of balance.